US continues airstrikes on northern Iraq 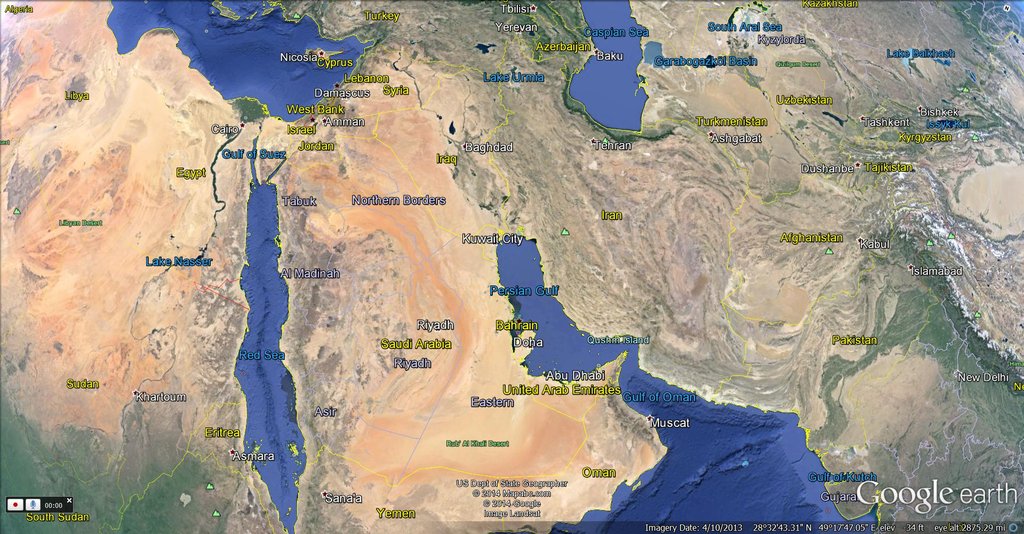 US air assets in the Middle East

WASHINGTON — The U.S. has launched three air attacks against Islamic State militants in Iraq within a span of five hours, the Pentagon announced late Friday afternoon.

The latest strike came at approximately 11:20 a.m. EDT, when four F/A-18 aircraft struck a stationary militant convoy of seven vehicles and a mortar position near the northern city of Irbil, where American diplomats and about 40 U.S. military advisers are stationed.

During two passes, the planes dropped eight laser-guided bombs which were successful in “neutralizing” the targets, according to a statement by Pentagon Press Secretary Rear Adm. John Kirby.

The F/A-18s came off the USS George H.W. Bush aircraft carrier, which has been in the Persian Gulf since June, according to officials.

The most recent attack came just more than an hour after a drone struck an insurgent mortar position, and then killed IS fighters when they returned to the site, Kirby said.

Kirby did not identify what type of unmanned aircraft carried out the assault, but a senior U.S. military official told reporters that the operation was conducted by a Predator drone used Hellfire missiles. The drone is operating out of an undisclosed country in the region.

Earlier in the day, at approximately 6:45 a.m. EDT, IS artillery was hit by two F/A-18s, which also used laser-guided munitions.

The artillery was firing into Irbil and targeting Kurdish peshmerga forces who were defending the city, according to Kirby.

The senior military official said the Pentagon would continue to hit “targets of opportunity” to protect American diplomats and military personnel and help relieve the IS siege of religious minorities on Mount Sinjar.

The objective of the air campaign is not to simply take out militant positions. The Defense Department hopes that the presence of American airpower will force IS to abandon key areas.

“We certainly expect that there will be some at least tactical deterrent value of these strikes where [IS] will move and go other places.”

No U.S. ground troops were involved in calling in the airstrikes, according to the official.

Obama announced late Thursday evening that he had authorized the U.S. military to bomb Islamic militants who have conducted a sweeping offensive in northern Iraq in recent days.

The militants, who call themselves the Islamic State, are now threatening the Kurdish provincial capital of Irbil, where American diplomats are working at the U.S. consulate there and about 40 U.S. troops are manning a joint operations center that was set up last month.

“To stop the advance on Irbil, I’ve directed our military to take targeted strikes against [Islamic State] terrorist convoys should they move toward the city. We intend to stay vigilant, and take action if these terrorist forces threaten our personnel or facilities anywhere in Iraq, including our consulate in Irbil and our Embassy in Baghdad,” Obama said in an address to the nation.

“We have oriented both our manned and unmanned [intelligence, surveillance and reconnaissance] to take a particular and constant look at Irbil to make sure we know what’s going on … We almost consistently have either manned or unmanned ISR over Irbil right now, given the concerns,” a senior administration official told reporters on condition of anonymity.

Despite the potential threat from Islamic State fighters, the consulate in Irbil is still operating, according to officials. Ironically, some American Embassy staff in Baghdad had earlier been moved to Irbil because of safety concerns.

A U.S. official told Stars and Stripes there are contingency plans in place should there be a need to evacuate the consulate or the JOC.

For months, the administration had been sending weapons, including Hellfire missiles, to the Iraqi government in Baghdad. But U.S. officials said they are now giving military supplies directly to the Kurdish peshmerga forces in northern Iraq.

In his address, Obama said that militants who have trapped Iraqi religious minorities on Mount Sinjar may also be targeted to help break the siege.

Thousands of members of the Yazidi religious sect fled to the mountain to avoid death at the hands of the Islamic State. The militants, Sunni muslims who have persecuted Iraqis who don’t share their ideology, have threatened to kill the Yazidis if they try to leave the mountain.

Obama announced that the U.S. military had conducted a humanitarian assistance operation Thursday to aid the Yazidis, who needed food and water.

“When we face a situation like we do on that mountain, with innocent people facing the prospect of violence on a horrific scale, when we have a mandate to help — in this case, a request from the Iraqi government — and when we have the unique capabilities to help avert a massacre, then I believe the United States of America cannot turn a blind eye,” Obama said.

The U.S. aircraft, which launched from the CENTCOM area of operation, were over the drop area for less than 15 minutes and exited without incident, military officials said.

In a statement, Secretary of Defense Chuck Hagel commended “the men and women of the United States Central Command who safely and successfully executed this operation.”

There were no U.S. ground troops involved in the humanitarian relief mission, according to officials.

On Friday, a U.S. military official said that 63 of the 72  supply bundles that were dropped reached their intended recipients. However, the remainder are unaccounted for, and may have fallen into the hands of IS.

The official downplayed the significant of the militants potentially taking possession of the supplies.

“They’re not a starving terrorist organization,” the official said.

Senior administration officials, speaking to reporters on condition of anonymity, said that additional airdrops would be conducted if necessary.

“I would expect that need to continue,” one senior official said.

The Iraqi military attempted to carry out the relief operation on its own, but weren’t up to the task.

“The Iraqi air force maneuvered some of their cargo transport and did a number of airdrops, but to limited effect,” according to the official.

The U.S. military is much better equipped to conduct that kind of operation.

“It’s a rugged area, but our capabilities are extraordinary advanced when it comes to precision airdrops,” a U.S. official told Stars and Stripes on Thursday before the American airdrop began.

The airstrikes are focused on northern Iraq for now, and U.S. officials depicted the initiative as limited in scope.

“This was not an authorization of a broad-based counterterrorism campaign against ISIL. It had two very narrow and specific objectives,” a senior administration official said.

Although the Islamic State also has a presence in Syria and Lebanon, officials said Obama’s authorization to use force against the group only applied to potential targets in Iraq.

Obama, who pulled U.S. forces out of Iraq in 2011, had been reluctant to become directly involved in the sectarian fighting there.

In June and July, he deployed hundreds of troops to Iraq to perform security and advisory missions as militants overran much of the country and were advancing on Baghdad, but he did not authorize the Pentagon to launch strikes.

However, the group’s advances in recent days forced his hand, according to officials.

“On [Aug. 2], ISIL launched a multi-pronged attack really across hundreds of kilometers in northern Iraq. It was swift; it was effective. They used — they acted with tremendous military proficiency … And last night, ISIL launched another series of attacks, which changed the dynamic once again, particularly potential approaches into Irbil … At the same time, we had the humanitarian situation unfolding and with a particularly unique and urgent situation on Sinjar Mountain … And that is when we, with our national security team, began to review all of our possible options, and acted on a fairly rapid basis to put together a very good military plan through the Department of Defense and CENTCOM,” the official said.

Obama has long ruled out sending ground combat forces back into Iraq; a position he reiterated Thursday.

“I will not allow the United States to be dragged into fighting another war in Iraq,” he said. “So even as we support Iraqis as they take the fight to these terrorists, American combat troops will not be returning.”

The Obama administration consulted with members of Congress before the president gave the go-ahead to conduct the air operations. There appears to be little opposition from lawmakers thus far, although Republicans criticized Obama’s overall handling of the crisis.

“The president’s authorization of airstrikes is appropriate, but … I am dismayed by the ongoing absence of a strategy for countering the grave threat ISIS poses to the region,” Speaker of the House John Boehner, R-Ohio, said in a statement Friday. “The president needs a long-term strategy — one that defines success as completing our mission, not keeping political promises — and he needs to build the public and congressional support to sustain it.”

Senior administration officials said that Obama would continue to consult with lawmakers, but said he has sufficient constitutional authority as commander-in-chief to order these military actions without congressional approval.

US personnel in Iraq

U.S. personnel in Iraq, where the United States launched airstrikes to protect American personnel and assets threatened by Islamic extremists:

Text of letter from Obama to Congress on Iraq airstrikes

What has made the Islamic State seemingly unstoppable?

US to drop humanitarian aid in Iraq, air strikes being considered

'He knew something': The 1962 flight of Army Rangers that vanished into thin air