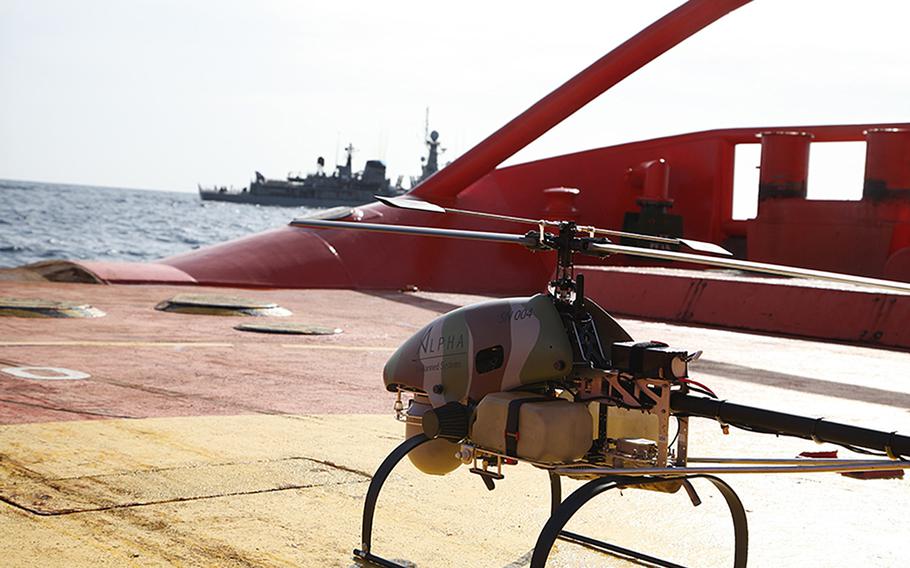 STUTTGART, Germany — NATO’s recently completed Trident Juncture exercise served as a testing ground for new equipment like 3D spare part printers and a microdrone, but allies will need to step up investments to stay on the cutting edge of technology, the alliance’s top official said Tuesday.

Members of the 29-nation alliance will be expected to submit by the end of the year plans on how to boost military expenditures that, while on the rise in recent years, still fall short of NATO requirements, Secretary-General Jens Stoltenberg said.

“We must keep up the momentum,” he said at a NATO defense industry forum in Berlin.

Stoltenberg’s comments came one week after NATO concluded its Trident Juncture exercises in Norway, the largest series of alliance war games since the end of the Cold War.

The drills, conducted with a near-peer adversary like Russia in mind, were focused on defending a member state under attack. Troops had a chance to use some of the alliance’s latest technology, some of which could change how forces operate in the future.

“For instance, our commanders noticed that vehicles were breaking down more frequently due to the cold,” Stoltenberg said. “So we started using 3D printing to make spare parts. These could be distributed immediately.”

Allies also tested “one of the smallest drones in the world — a drone which can see in the dark,” Stoltenberg said.

“Many of these technologies are about reacting and responding more quickly, seeing further and detecting threats well in advance,” he added.

During the past year, NATO’s European allies and Canada increased their combined defense spending by 5.2 percent, which amounts to the largest boost in 25 years. Still, only eight countries meet a NATO guideline that calls for dedicating 2 percent of respective economic output to military matters.

If European allies and Canada all met the 2 percent target, that would add an extra $100 billion for defense. “This will ensure the alliance remains at the leading edge of military technology in a world which remains competitive and unpredictable,” he said.

Member nations have already agreed that 20 percent of all defense spending should be directed to major equipment investment.

Still, while NATO has a system for setting defense priorities and outlining where investments are needed, efficiency can be elusive. For example, in Europe there are still 17 different types of main battle tanks, compared to just one in the United States.

“We can and we must achieve greater efficiency by working more closely together,” Stoltenberg said.