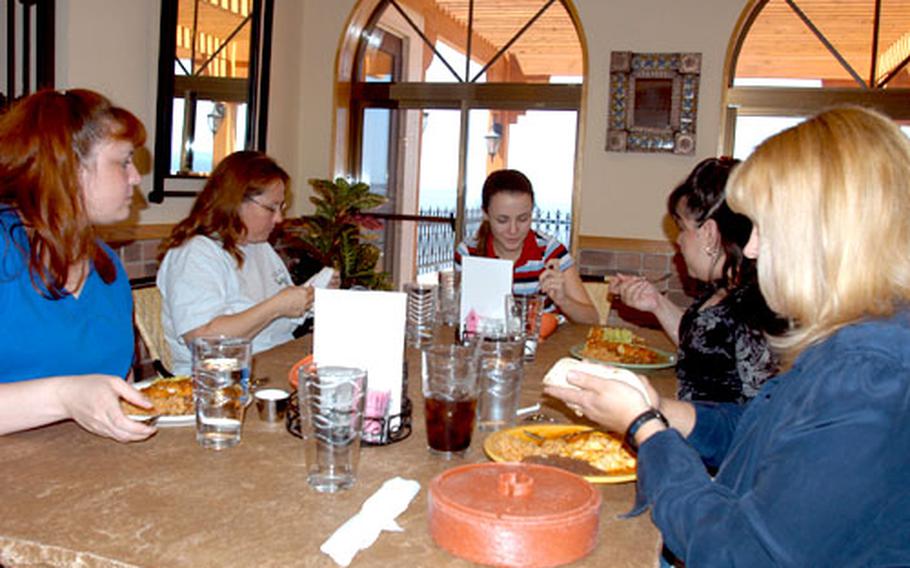 MISAWA AIR BASE, Japan &#8212; By all accounts, it was a rough opening week. Lines were long, and so was the wait for food.

But the owner and operator of Pancho Villa restaurant says the kinks are ironed out, and Misawa&#8217;s newest diner is ready to serve the community.

The restaurant seats about 120, and Scott said customers turned out in droves for lunch and dinner that first week. &#8220;It was just overwhelming.

&#8220;After the first week, I requested a little time-out time&#8221; to give the staff of more than 55 the chance to improve, Scott said. Lunch was cut off until April 28, when the restaurant re-opened Wednesday through Sunday from 11 a.m. to 10 p.m.

He said things are going much better.

Diners at the restaurant last week had no complaints. They said the food was good and the wait short.

They also hope the restaurant succeeds.

Scott prides himself on cooking genuine Mexican fare with fresh ingredients. He uses dry chilies, fresh avocados &#8212; &#8220;just a few items from the can.&#8221;

Originally from Los Angeles, Scott has lived in Japan for 20 years. Disappointed by the lack of good Mexican restaurants in the Tokyo area, he opened his first Pancho Villa in Sagamihara near Camp Zama, Japan, 11 years ago.

Living in Kanagawa, near Camp Zama and Atsugi Naval Air Facility outside of Tokyo, he found an empty building in a good location and the first Pancho Villa, named after a Mexican general, was born.

Scott opened the restaurant mainly to get business from Camp Zama and Sagamihara housing residents but, through word of mouth, the venture grew. First Atsugi base residents came and later crowds from Yokota Air Base began packing the tiny Mexican restaurant after a round of golf at Zama.

When a Yokota customer told Scott the base was opening up bids for a Mexican restaurant, he submitted a bid and Yokota&#8217;s Pancho Villa opened May 5, 2003.

Misawa later invited Scott to open another restaurant; he said it was an easy sell. The 35th Services Squadron sunk about $450,000 into renovating the building&#8217;s walls, ceilings and floors, making the Misawa Pancho Villa Scott&#8217;s largest and finest restaurant of the three.