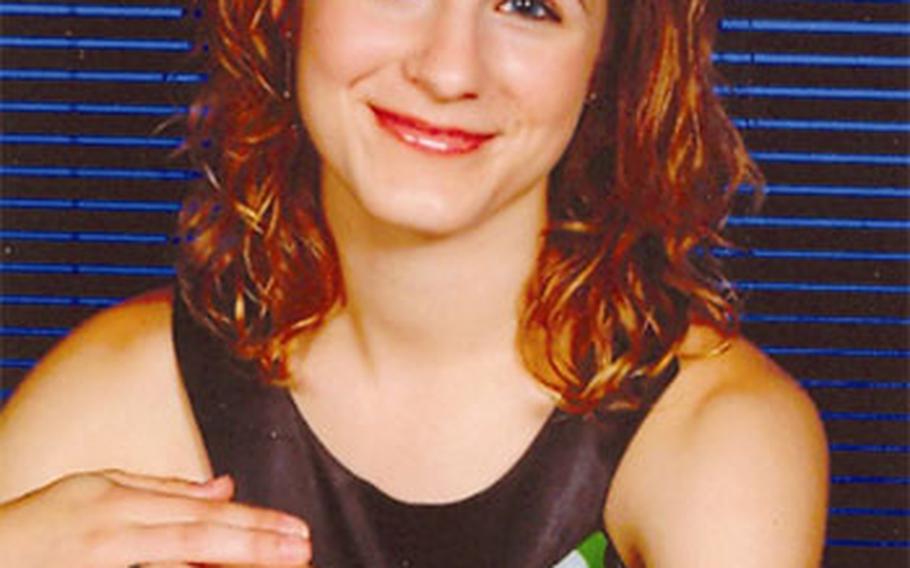 About five years ago, Christine Ashton caught an episode of the daytime talk show "Dr. Phil" about schizophrenia. That episode inspired the Wiesbaden High School student to seek a career in psychiatry.

"Since I was in the seventh grade, [psychiatry] has kind of been my dream. &#8230; That was something I wanted to try, to help people who have problems like that."

Now, Ashton has been named a finalist in the National Merit Program, an honor that could help her get into a prestigious U.S. university to further pursue that dream. She&#8217;s one of only three finalists from Defense Department schools, along with Lauren Wolfe and Bruce Pfirrmann, who both attend schools in Japan.

The nomination puts them in a group of more than 15,000 students representing less than 1 percent of U.S. high school graduating seniors, according to the program corporation&#8217;s memo informing Ashton of her selection.

Ashton scored 2,240 out of a possible 2,400 points on the PSAT to earn consideration for the scholarship. Then she relied on recommendations and her way with words on submitted essays to do the rest.

The senior hopes to attend either Massachusetts Institute of Technology or Harvard University, because of the schools&#8217; prestigious reputations and their proximity to Boston.

"I like to be around people who are really motivated, and Boston &#8212; I just really love the city. It has a European feel to me and feels like home a bit," said Christine, 17, who has lived for 10 years in Wiesbaden. "And it&#8217;s American, too, with malls and more modern stuff."

She has been accepted by MIT, but is waiting to hear from Harvard before she makes her decision.

Given the choice, the lively teen would prefer to be known more as a musician than as a scholar, said her mother, Gina Ashton, a teacher of talented and gifted students at Aukamm Elementary school.

"I&#8217;m glad she set high goals, and apart from the tuition, happy she applied to MIT and Harvard," Gina Ashton said. "If you set mediocre goals, that is the most you will achieve. She realized from the start that there would be intangibles that would make her a candidate or not for those schools. She has a good attitude about it."