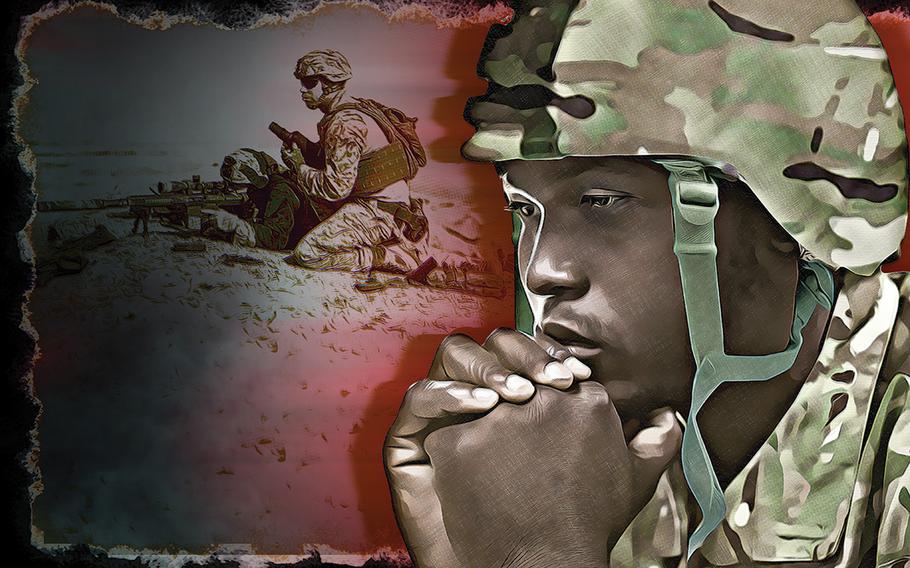 WASHINGTON – A measure to increase mental and behavioral health care for veterans with other-than-honorable discharges – services now denied to many of them through the Department of Veterans Affairs – is included in a massive spending bill that Congress unveiled Wednesday night.

The measure would require the VA to provide veterans with mental health screenings and care after they spent more than 100 days on active duty, even if they received other-than-honorable discharges. Veterans who served in a combat zone or area of hostilities, worked in support of a contingency operation, experienced military sexual trauma or worked as a drone operator would be eligible.

Advocates for veterans with other-than-honorable discharges, known as “bad paper,” applauded the measure as a positive step. It’s estimated that tens of thousands of servicemembers suffering from post-traumatic stress disorder or other mental health conditions caused by their experiences in recent wars have been kicked out of the military with bad paper. Oftentimes, the status precludes them from receiving mental health care – and other benefits -- from the VA.

Kristofer Goldsmith, founder of High Ground Veterans Advocacy and a longtime advocate for veterans with bad paper, said the measure “marks a major shift towards justice for those veterans who have for so long been denied it.”

The measure is part of a $1.3 trillion spending package that Congress must approve by the end of Friday to avoid a partial federal government shutdown. If the bill is passed with the measure still included, Goldsmith said it would signal a shift away from unfairly denying mental health care to veterans who need it. The House approved the bill Thursday morning. The Senate must approve it before it’s sent to the White House.

Sen. Chris Murphy, D-Conn., and Rep. Beto O’Rourke, D-Texas, introduced a measure, titled the "Honor Our Commitment Act," as companion bills in the House and Senate one year ago Thursday. Rep. Mike Coffman, R-Colo., introduced another bill to expand mental health care for veterans, titled the “Urgent Access to Mental Health Care Act.” They, along with Sen. Jon Tester, D-Mont., Sen. Brian Schatz, D-Hawaii, and Rep. Mike Bost, R-Ill., drafted the compromise this week that made it into the spending deal.

The measure expands on changes recently initiated by the VA to increase care for veterans with bad paper.

In July 2017, the VA began offering 90 days of mental health care to veterans with other-than-honorable discharges who were in crisis situations. Since that was put into effect, more than 3,200 veterans have utilized the care, VA Secretary David Shulkin said recently.

“I’m glad the VA is going to start providing some care to these veterans… but I still don’t understand why they’re choosing to limit that care to just 90 days,” Murphy said at the time. “Ninety days is not a number based on any scientific evidence or best medical practices, and it’s unacceptable that we’re shutting them off from care they need.”

On Thursday, Murphy said the measure included in the spending bill was a “critical expansion” of mental health care that would help hundreds of thousands of veterans.

The Government Accountability Office released findings in 2017 that the Defense Department separated approximately 92,000 servicemembers for misconduct from 2011 through 2015, and 57,000 of them were diagnosed with PTSD, traumatic brain injury or other conditions that can change servicemembers’ moods and behaviors and lead to disciplinary problems.

John Rowan, president of Vietnam Veterans of America, said the changes also had the potential to reach veterans of other eras.

“For far too long, we’ve seen veterans whose service was overwhelmingly honorable, but were denied help from the VA for a lifetime over administrative separations,” Rowan said. “This provision of the omnibus will help veterans from the Vietnam War to the current Forever Wars and future conflicts, and save so many of the untold lives of countless forgotten heroes.”