Port-side view showing the damage sustained by the Arleigh Burke-class guided missile destroyer USS Cole after a terrorist bomb exploded on Oct. 12, 2000, during a refueling operation in the port of Aden, Yemen. (U.S. Navy / KRT)

Port-side view showing the damage sustained by the Arleigh Burke-class guided missile destroyer USS Cole after a terrorist bomb exploded on Oct. 12, 2000, during a refueling operation in the port of Aden, Yemen. (U.S. Navy / KRT) 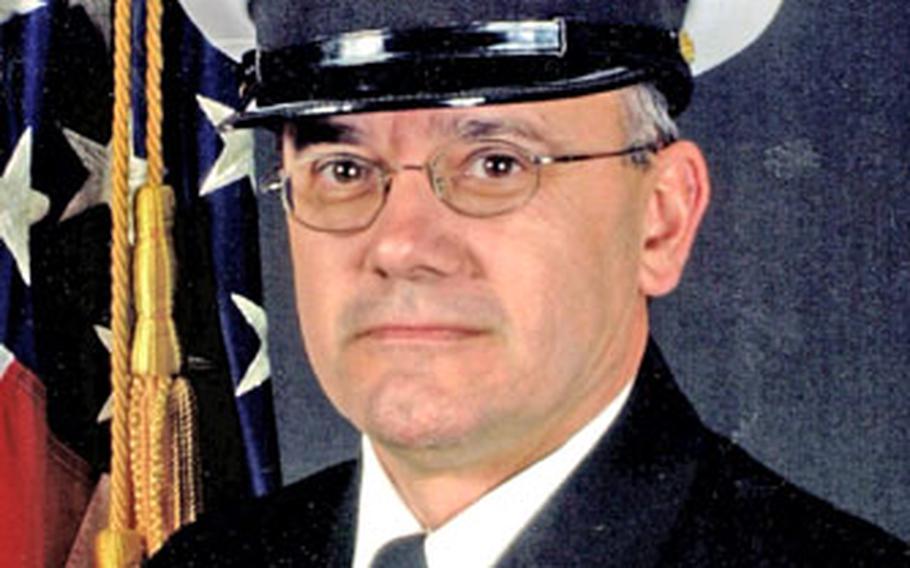 Command Master Chief James Parlier was aboard the USS Cole the day it was attacked. (U.S. Navy) 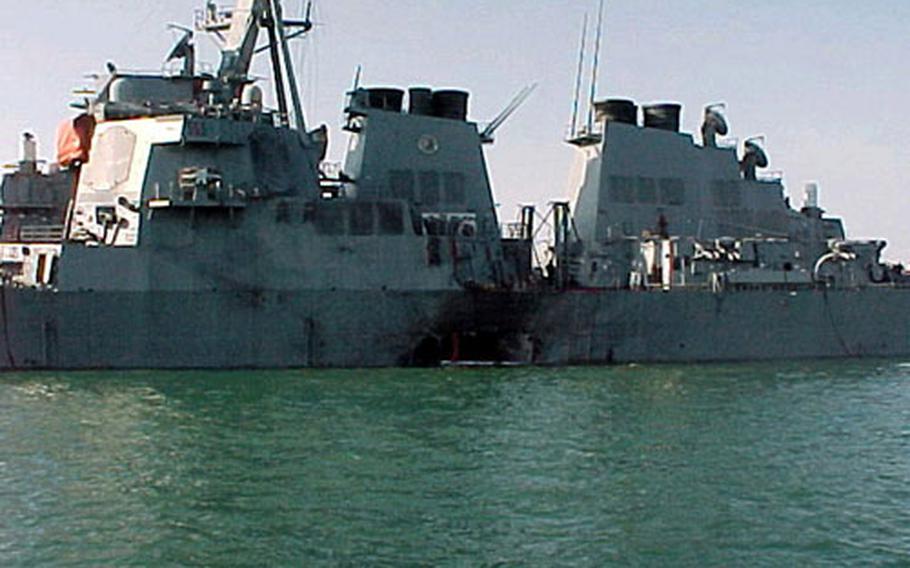 Seventeen sailors were killed in the October 2000 terrorist attack on the USS Cole. (U.S. Navy)

It was Oct. 12, 2000, he said, aboard the USS Cole. Terrorists had just blown a gaping hole in the ship using a suicide boat. Seventeen sailors died in the attack.

Even though the attack was five years ago, Parlier said the events of that day will always be with him.

Especially the sailor he could not save.

Unaware of what had happened, Parlier, who had extensive experience as a corpsman, began treating wounded sailors.

On his way topside, Parlier said he came across a mortally wounded sailor, whose name he asked not be published out of respect for the man&#8217;s family.

Shipmates were standing around the stricken sailor, horrified and unaware of what to do, he said.

Parlier said he and other sailors took a door off its hinges and used it as a stretcher to bring the man on deck.

He said he knew the man was mortally wounded, but he still tried to give him CPR.

Then a chief took him by the shoulder and said there were other people who needed his help who could be saved, Parlier said.

What did demoralize the crew was Yemenis celebrating the attack in view of Cole crewmembers for a couple of nights following the attack, Parlier said. They felt the Cole was their trophy, he said.

The Cole incident was one of a series of terrorist attacks in the 1990s that were not adequately answered by the United States, said Marc Genest, an associate professor of strategy and policy at the Naval War College.

&#8220;Measured responses against terrorist organizations are seen as a sign of weakness, not strength,&#8221; he said.

Genest said the overall lesson from the Cole is that not responding to terrorists&#8217; attacks only emboldens them.

In the five years since the attack, the Navy has drawn other lessons from the Cole attack:

It has established mobile security forces that set up tight security perimeters around ships.The number of masters at arms, who secure ships, has jumped from about 2,000 to 9,700 since the attack.The Navy and law enforcement now share intelligence on possible terrorist threats.For Sharla Costelow, faith in God has helped her get through the last five years without her husband, Chief Petty Officer Richard D. Costelow, she wrote in an e-mail.

Costelow credits her three sons with keeping her going after the attack and continuing to give her life direction now, she wrote.

She wrote she is proud that the chief&#8217;s mess aboard the Cole was renamed after her husband. Her children love visiting the ship because it helps preserve memories of their father and give them a sense of who they are, she wrote.

Despite losing her husband, Costelow still adheres to her faith&#8217;s teaching that she should love her enemies, she wrote.