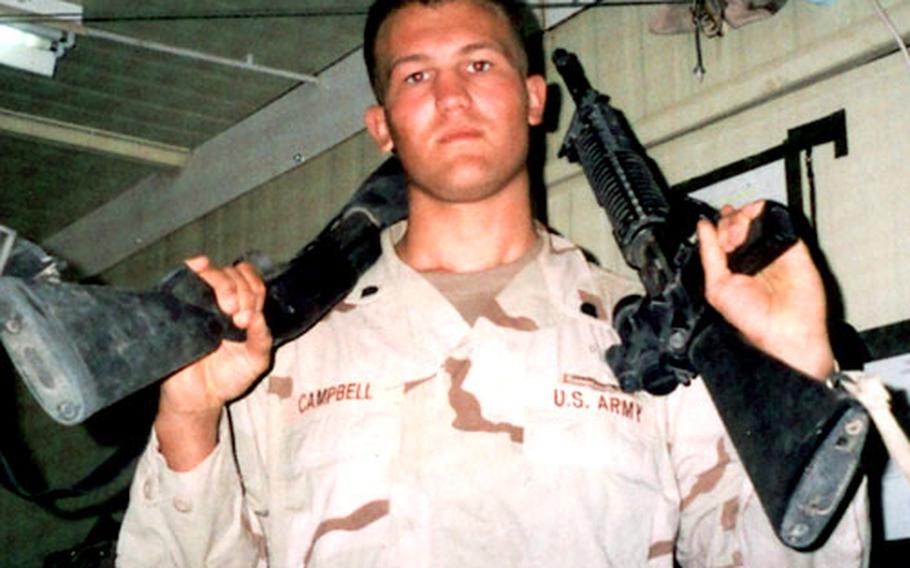 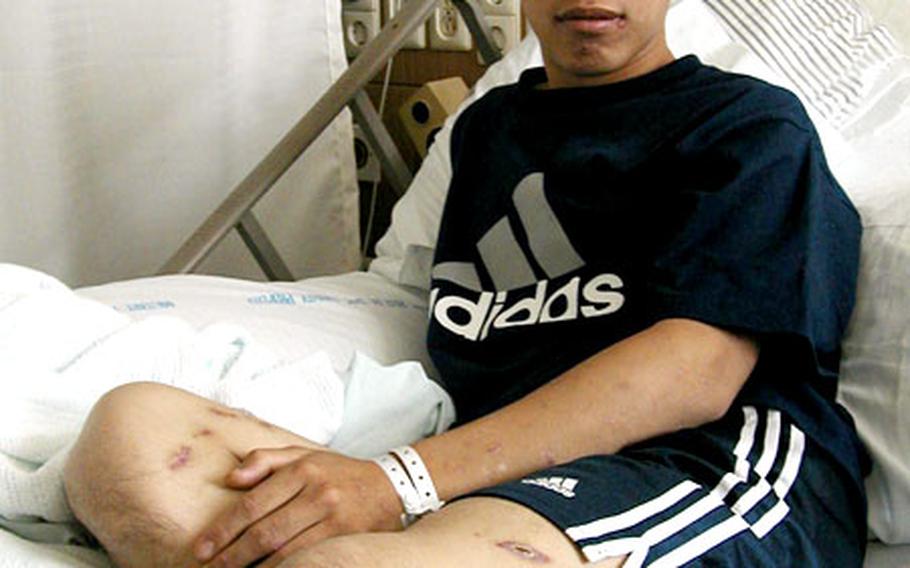 Editor&#8217;s Note: This is the second installment of a three-part series.

As he lay on his cot, Staff Sgt. Michael Broner heard the shouted warning.

An SUV packed with explosives was speeding toward his barracks.

He heard it slam into the front wall of the room. He jumped up and started scrambling over the cots of sleeping soldiers toward the back.

Only a half hour earlier, Broner and most of the 1st Battalion, 26th Infantry&#8217;s mortar platoon was trying to catch some rest. They had just passed the halfway point of a 48-hour shift at the Iraqi National Guard headquarters in Samarra, a city of 200,000 essentially controlled by anti-American insurgents.

At 10 a.m., Spc. Kevin Terry, 22, and his battle buddy, Spc. Matthew Campbell, 21, of Seattle, had wrapped up a shift in the sandbagged guard post atop the headquarters building next to their barracks. Two hours of peering through binoculars into the streets of Samarra offered no clue of the hell to come.

Terry fell fast asleep in the air-conditioned room. Campbell, uncharacteristically, couldn&#8217;t sleep. Campbell had been outside not three minutes when the blast hit the building.

He was shaving in the mirror of a Humvee when he saw the white Iraqi police truck approach the entrance and the Iraqi guard pull open the concertina-wire gate.

As soon as the gate parted, the driver hit the gas pedal, heading straight for the barracks where Campbell&#8217;s platoon rested.

The truck quickly covered the 50 meters to the barracks and hit the low overhang in front of it. The blast came a few seconds later and knocked Campbell to the ground although he stood at least 100 feet away.

Inside on the front bunk, Fulsome had been eating a blueberry muffin. Spc. Damon Le, 19, and Broner lay silently on their cots. So did Spc. Joseph Garmback Jr., 24, of Cleveland and Spc. Sonny G. Sampler, 23, of Oklahoma City.

When Sgt. Matthew Shepherd raced through the front door shouting a warning about the bomb some soldiers froze, others jumped and started to run.

From 25 feet away, Fulsome looked over his shoulder toward the front.

As the dust settled, Fulsome found that, luckily, he had landed on top of the rubble. He looked around and saw Shepherd. They shouted at each other, but the blast had hurt their ears and made it difficult to hear.

He sensed someone underneath him, though. It was Broner, yelling at him to get off his leg.

Fulsome tried to stand up, but he realized he couldn&#8217;t walk. He crawled across the rubble but didn&#8217;t get far.

Broner never heard the blast. But he felt two intense waves of heat. The first lifted him up in the air, and the second pushed him toward the back of the room. He landed 20 feet away, with a pile of rubble &#8212; and, of course, Fulsome, 21 &#8212; on top of him.

Le had been blown off his bunk and felt the wall collapse around him. He was buried under rubble, but an Army cot somehow had landed above his head and kept the heavy concrete chunks from crushing his skull.

Outside, Campbell picked himself up off the ground, having suffered only a scrape on his hand. Dirt and debris rained down around him, and he could smell explosives lingering in the air. He raced toward the barracks and ran into the part that hadn&#8217;t collapsed.

He ran back to the Humvee, where Pfc. Travis Wright stood radio watch. He told Wright to call for a medevac helicopter then hurried to the bomb crater. He saw the 150-pound Fulsome, whose ankle had been broken, trying to crawl across the rubble.

Campbell helped him over to the triage area near the Humvees. The mortar platoon&#8217;s new commander, 1st Lt. Michael Gunther, had grabbed some medical bags and begun helping the injured. Gunther had previously been a medic, his soldiers said.

By this time, some of the Company A soldiers from the back room, which wasn&#8217;t as damaged, had scrambled out to help. Campbell returned to find Terry, his best friend, staggering through the debris. He half-carried him to Gunther.

Next he found some soldiers had uncovered Le&#8217;s upper body and were struggling to dig out his legs. When they freed him, Campbell carried him to the aid station, too.

Still some of his friends lay buried. Under the rubble, Campbell said, he could hear Colvill, a former Marine who had joined the mortar platoon as a team leader in May, shouting for help.

Campbell started tossing rocks off the pile above Colvill.

Later he found Emanuel&#8217;s half-buried body under the rocks. He could see only the legs, but he recognized the soldier&#8217;s distinctive desert socks. He and two Company A soldiers pulled out Garmback, a close friend of Campbell&#8217;s, still alive.

But Garmback, who had joined the Army to become a paratrooper like his Vietnam-veteran father, struggled to breathe. He died later in a medevac helicopter as it flew him to a trauma center.

The injured men sat outside around the Humvees, the 120-degree heat adding to their misery. Temporarily deafened by the blast, they could barely talk among themselves.

So focused on the rescue efforts, the group at first paid little attention when insurgents started firing mortars and automatic weapons at the base.

Their hellish day was only starting.