Memorial to U.S. POWs at Sasebo may be corrected 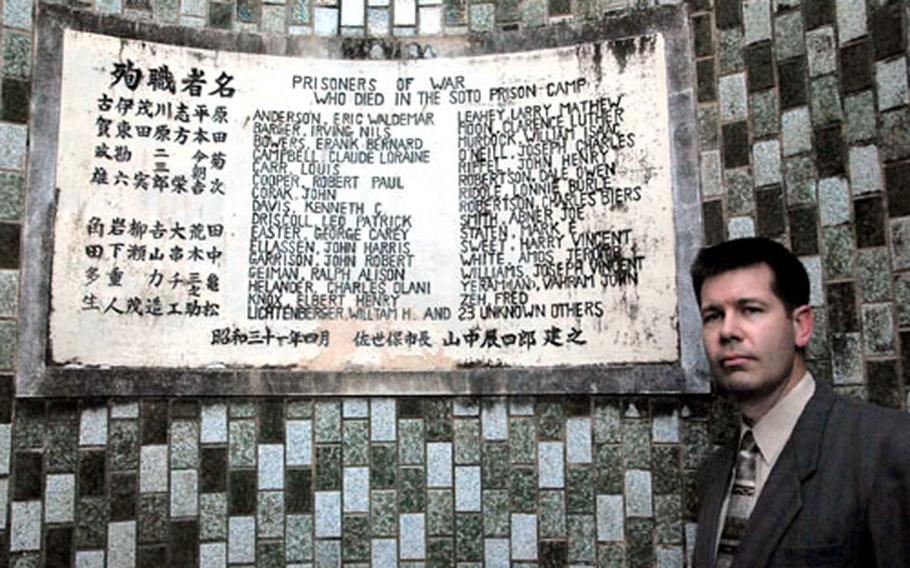 Amateur historian Phil Eakins stands beside the Soto Dam memorial plaque, which lists names of American prisoners who died building the dam. Eakins says his research has uncovered many new names of casualties and proves that many names listed on the plaque are incorrect. (Travis J. Tritten / S&S)

Amateur historian Phil Eakins stands beside the Soto Dam memorial plaque, which lists names of American prisoners who died building the dam. Eakins says his research has uncovered many new names of casualties and proves that many names listed on the plaque are incorrect. (Travis J. Tritten / S&S) 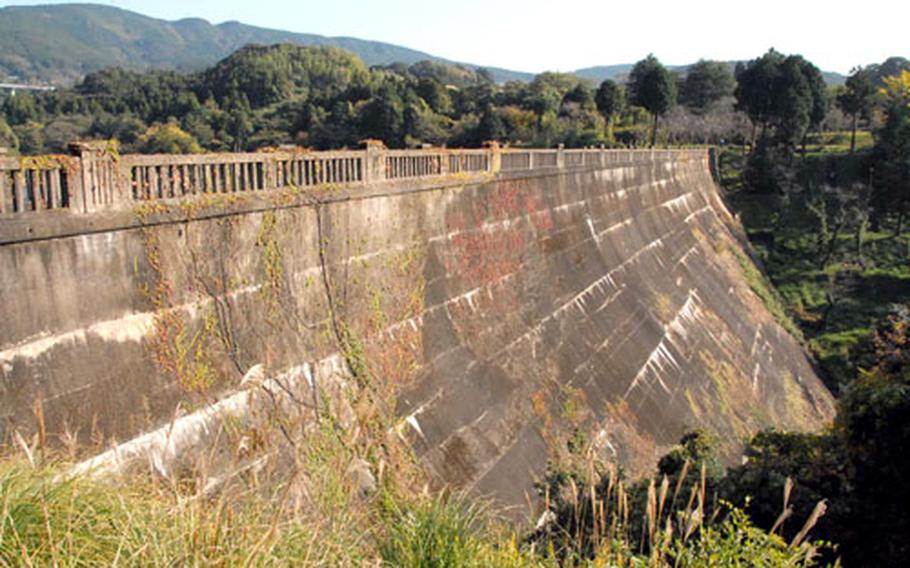 SASEBO NAVAL BASE, Japan &#8212; They died in a Japanese slave-labor camp, but during more than six decades, their names became lost to history.

Eakins said he used survivor accounts and Japanese military records this year to comb the original 31 names and 23 anonymous casualties listed on the dam memorial plaque. One name originally listed on the plaque was deleted because it should not have been included.

The records have provided names of anonymous casualties and also showed that only five named casualties were listed correctly on the memorial, he said.

Eakins plans to present his findings to Sasebo city in the coming weeks and ask that the memorial be amended.

The city created the memorial in 1956 near the site of Fukuoka Camp 18, where about 265 American civilian contractors from Wake Island were held. Some died in the harsh conditions.

The prisoners of war were forced to take over the dam project in January 1942 and toiled through two winters in only the light tropical-climate clothes they were wearing when captured.

Disease and malnutrition were widespread, and the prisoners subsisted on thin soups, flour balls and an occasional piece of fish, he said.

Their individual stories remained buried until amateur historians began to dig in earnest.

Eakins, an unofficial base historian, had been fascinated with the dam memorial since he first came to Sasebo in 1989, particularly with finding the names of anonymous casualties.

His break came this summer when he came in contact with another man with a longtime interest, Barry C. Kelso of Boise, Idaho, who is the nephew of Camp 18 casualty Orval Allen Kelso.

Kelso never knew his uncle but began researching his military service in 1981 through a Wake Island survivors group. He approached Sasebo Naval Base in June about adding his uncle&#8217;s name to the dam memorial.

That connection led Eakins to an unpublished manuscript and a set of records from two Camp 18 survivors. Those documents contain matching lists of the men who died at the camp.

However, Kelso said he believes there might still be more undocumented casualties.

The new list of 53 casualties will be presented to the city&#8217;s water authority later this month or in early December, and the department said it likely would fulfill the request to amend the memorial.

The corrections could help heal old war wounds between the two countries, said Yuka Ibuki of US-Japan Dialogue on POWs, a group that works to foster understanding and forgiveness among former prisoners and their captors.

&#8220;It would be a real healing process&#8221; if the names of the memorial are corrected and former POWs revisit the site and meet Japanese residents who remember them from the war, Ibuki said.