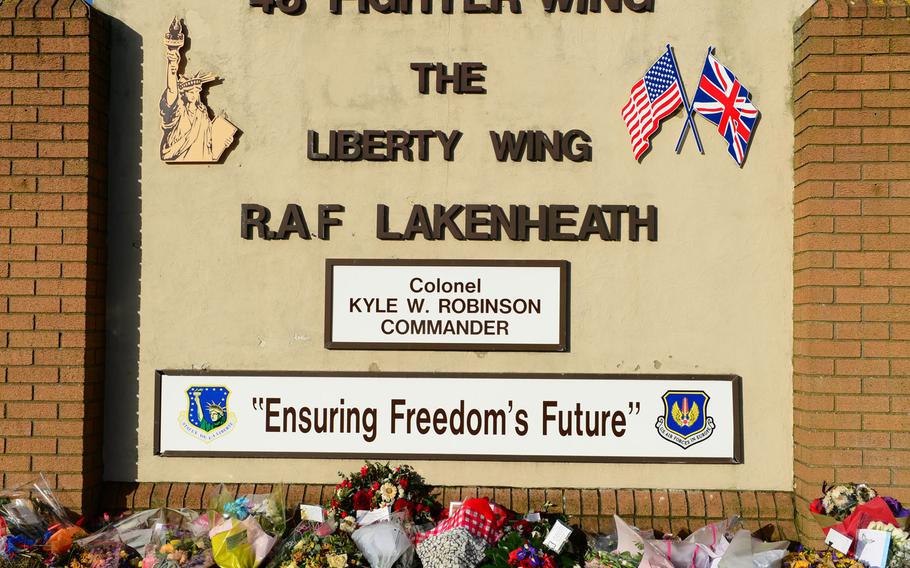 RAF MILDENHALL, England — A memorial service will be held at RAF Lakenheath on Friday for four airmen who died in a helicopter crash earlier this month.

The service, which is open to identification card holders and some invitees from the local community, will be at 1:56 p.m. in Hangar 7 at Lakenheath, according to posts on the base’s Facebook page.

A spokesman for Lakenheath said odd times for ceremonies often reflect the number of the unit involved.

A large turnout from Lakenheath and RAF Mildenhall is expected, and attendees are asked to arrive early, according to a Facebook post.

An investigation into the crash is ongoing.