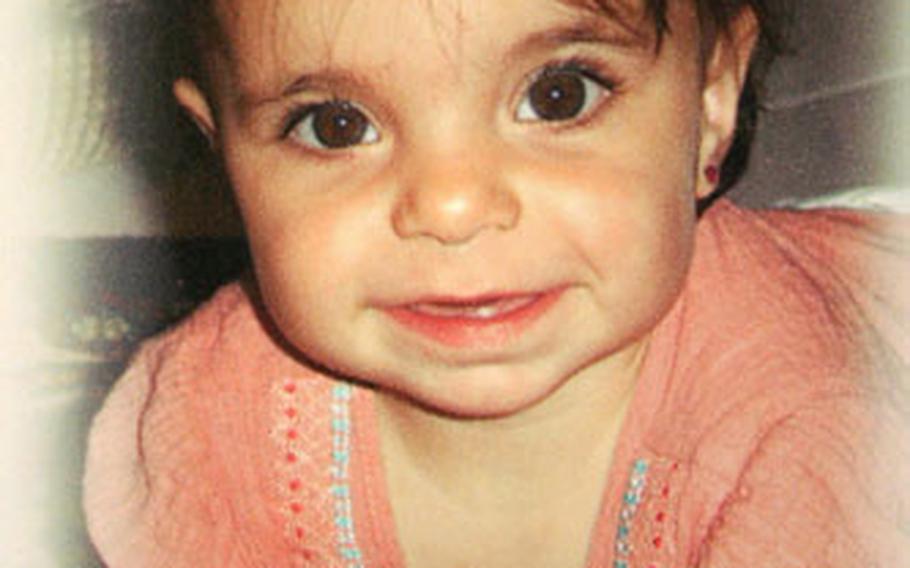 The death of one-year-old Brooke Marie Salinas at the U.S. Naval base in Gaeta, Italy, remains under investigation. ()

GAETA, Italy &#8212; A memorial service was held Sunday for Brooke Marie Salinas, the 1-year-old daughter of a couple stationed at the U.S. Navy base in Gaeta. Brooke died April 24.

The toddler with saucer-big brown eyes was remembered by Chaplain (Lt. Cmdr.) Curtis Price as a girl who never had a tear in her eye when he saw her and who loved to laugh, he told the roughly 25 people who gathered in the Monte Orlando chapel.

Price told the group to hold on to happy memories of their loved ones.

Details surrounding Brooke&#8217;s death remain unclear as officials have yet to release the cause. Brooke died either of asphyxiation, possibly from a pre-existing health condition, or possibly drowned in a bathtub, though it appears there was no water in her lungs, a Navy official said.