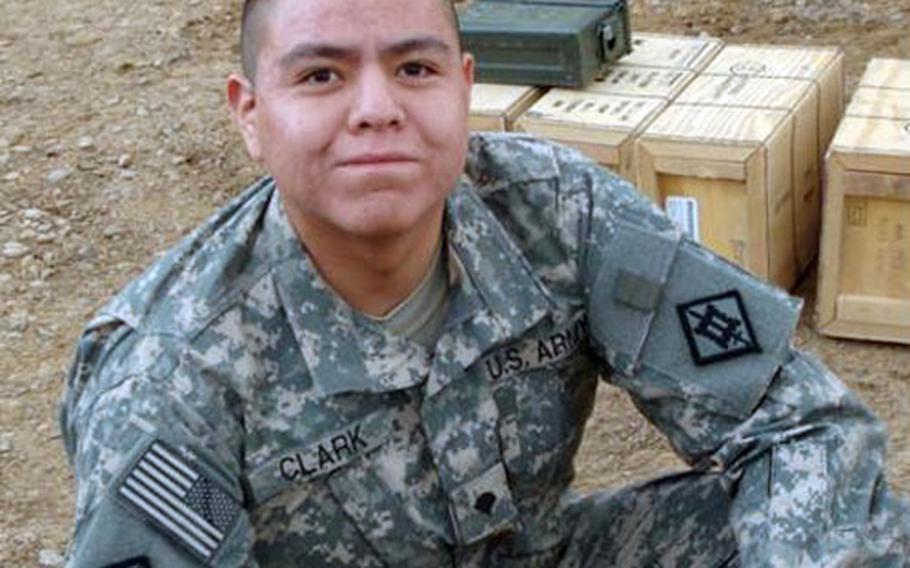 A memorial service was held Wednesday afternoon at the Warner Barracks Community Chapel in Bamberg, Germany, for a 54th Engineer Battalion soldier.

Almost 300 people packed the chapel to pay tribute to Spc. Levi Clark, a 20-year-old combat engineer with the 370th Engineer Company. He was found unresponsive on the ground outside his barracks building by unit personnel on July 2. A German doctor pronounced Clark dead at the scene.

His death remains under investigation by German and U.S. Army authorities, according to a U.S. Army Europe release.

Just a day prior to his death, Clark had returned from a 13-month deployment to Iraq. He enlisted in the Army in 2006 and the 370th was his first duty assignment after basic training and engineer school.

Clark&#8217;s company commander, Capt. Douglas Massie, said Clark was respected by both his peers and his leadership.

"He was a really well-liked guy all around, both as a person and a soldier," said Massie. "I remember him being a good athlete and dedicated to the mission." Massie said Clark&#8217;s platoon was tight-knit.

Clark&#8217;s main job in Iraq was route clearance operations. His platoon was the first to find an explosively formed penetrator, an especially powerful bomb, in Iraq&#8217;s Wasit province, Massie said of his former soldier.

"Over 50 percent of the time, he was in the lead vehicle," recalled Massie. "His job was very important and he did a great job."

Clark is survived by his mother, Charlene Kaamasee from St. Michaels, Ariz.