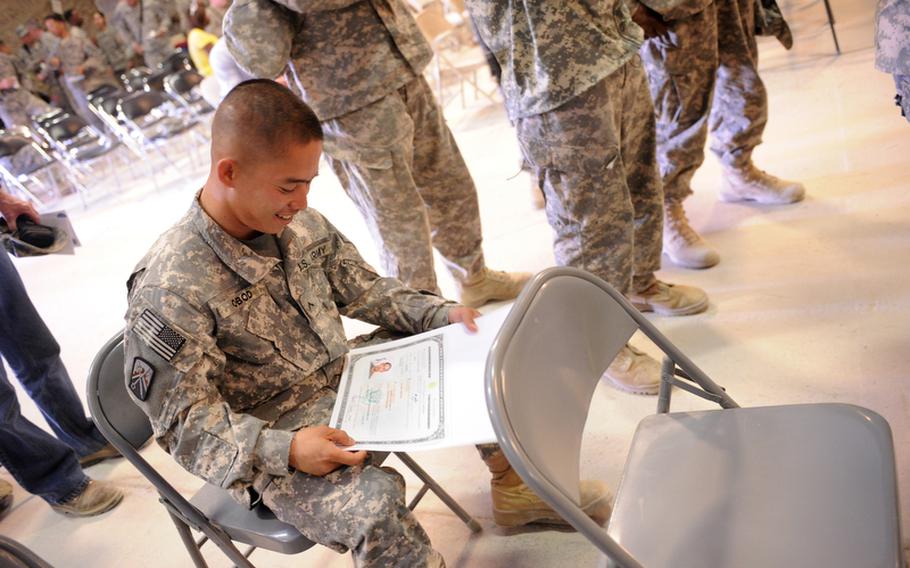 BAMBERG, Germany &mdash; A memorial service has been rescheduled for Tuesday at 10 a.m. at the base chapel in Bamberg, Germany, for Pfc. Alberto L. Obod Jr., who died in a vehicle accident in Afghanistan, according to the 16th Sustainment Brigade Public Affairs office.

A memorial service was originally scheduled for Sept. 7, but was postponed to accommodate relatives, unit officials said.