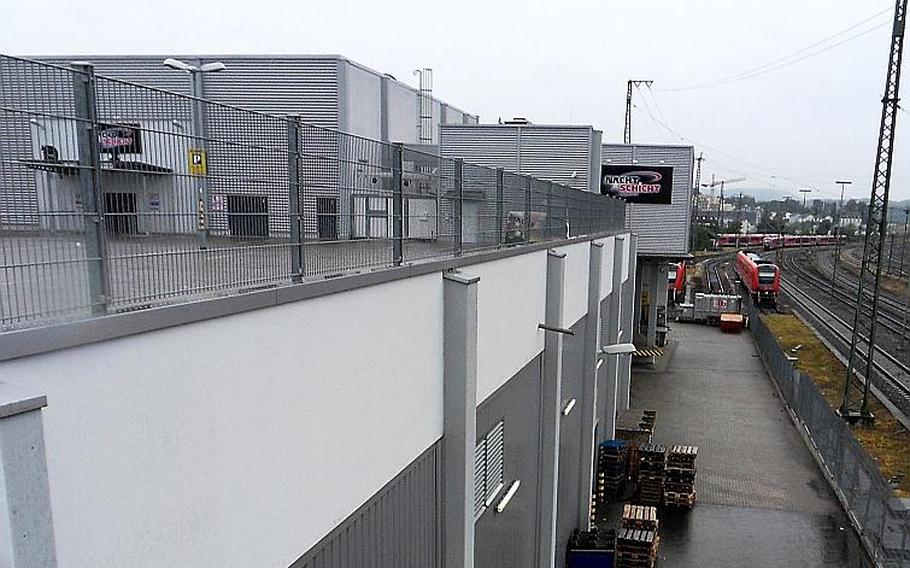 A view of Nachtschicht, a disco in Kaiserslautern, shows the height of the parking lot that authorities say Senior Airman Joseph Lopez,with the 86th Aircraft Maintenance Squadron at Ramstein Air Base, fell from early Saturday. Marcus Kloeckner/Stars and Stripes ()

Air Force spokesman Capt. John Ross said the incident appears to be an accident, but that the Air Force Office of Special Investigations was investigating. German police said they have concluded their investigation. Police spokeswoman Christiana Lautenschlaeger said there were no indications that Lopez&rsquo;s death was either a suicide or crime. She said there were no witnesses nor videotape of the fall. Lautenschlaeger said Lopez had consumed alcohol, but she could not say if he was drunk.

Lopez, of Pleasanton, Calif., was a member of the 86th Aircraft Maintenance Squadron at Ramstein. In January 2007, another member of the squadron, Senior Airman Jordanis Michael McElroy-Ramirez, also died after falling from a downtown Kaiserslautern parking garage near a nightclub, according to news reports.

Ross was not able to say whether the incidents happened at the same location.

Sandra Zehnle, spokeswoman for the city of Kaiserslautern, said fencing at the edge of the parking lot was raised from the required three feet to more than six feet after a person had fallen from the parking lot previously. However, she could not say when that incident happened, nor confirm that it was a U.S. airman in that case. She said there were no plans at this time to take additional safety precautions.

No action is currently planned against the disco near where Lopez died, Ross said, &ldquo;but that may change based on the findings of the investigation.&rdquo;

Nachtschicht&rsquo;s manager, Claudia Kubowicz, said she did not know how or why Lopez fell. She said there were no incidents involving the airman in the nightclub preceding the fall.

Kubowicz did not know whether the 2007 incident occurred outside of Nachtschicht since she was not working there at the time, she said.

Ross said the 86th Airlift Wing &ldquo;is focused on helping the family of Airman Lopez, as well as his friends and co-workers at Ramstein get through a very difficult time.&rdquo;

Ross said details for the memorial were still being worked out in coordination with Lopez&rsquo;s family.

Stars and Stripes reporters Marcus Kloeckner contributed to this report.