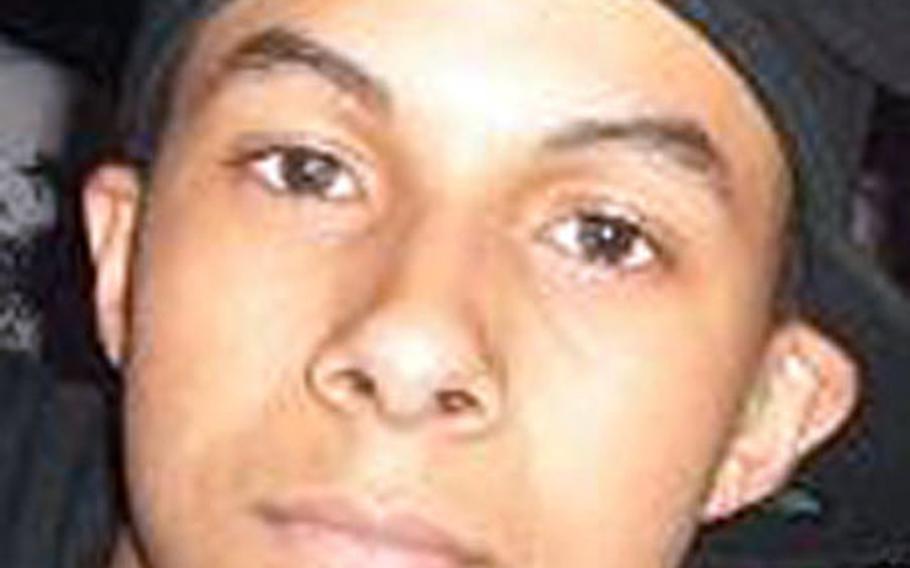 Steffen Taplin was killed Saturday in a one-car accident in Saitama Prefecture, about 10 miles north of Yokota Air Base, Japan. The Yokota High School graduate, 18, was the son of Master Sgt. Florence Taplin. (Courtesy photo)

YOKOTA AIR BASE, Japan &#8212; Steffen Taplin was remembered by family and friends Tuesday as an affable young man whose engaging smile charmed everyone he met.

A large gathering turned out at Yokota&#8217;s Traditional Chapel for a moving memorial service honoring the 18-year-old dependent, who died early Saturday in a one-car crash in Saitama Prefecture, about 10 miles north of Yokota. Taplin recently graduated from Yokota High School and worked for two weeks at the base exchange.

He had just received his first paycheck, according to his mother, Master Sgt. Florence Taplin, who delivered Tuesday&#8217;s eulogy.

Steffen Taplin&#8217;s 12-year-old brother, Chandler, also attended the memorial, which was marked by an emotional video tribute that included childhood photos of Taplin and written messages from friends and former classmates.

Taplin lost control of his Nissan Skyline and crashed into some trees around 2 a.m. Saturday.

The wreck also claimed the life of a 17-year-old Filipino and seriously injured another who was in the back seat. The two passengers had no ties to the U.S. military.

Florence Taplin said her son&#8217;s presence brought out blissful feelings in those around him.

&#8220;His laugh made everyone laugh, even when it was not funny,&#8221; she told the congregation. &#8220;Steffen was always dancing or practicing a new dance move, even in the middle of playing video games. His overall craziness and just being his silly self has brought a smile to each of us.

Comer said he could not speculate whether seat-belt use or alcohol were factors in the fatal crash.

&#8220;The Japanese police are looking into it. They&#8217;re the investigative arm. They&#8217;ll let our security forces personnel and the family members know when it&#8217;s complete.