Memorial held at Landstuhl for soldier killed in car crash 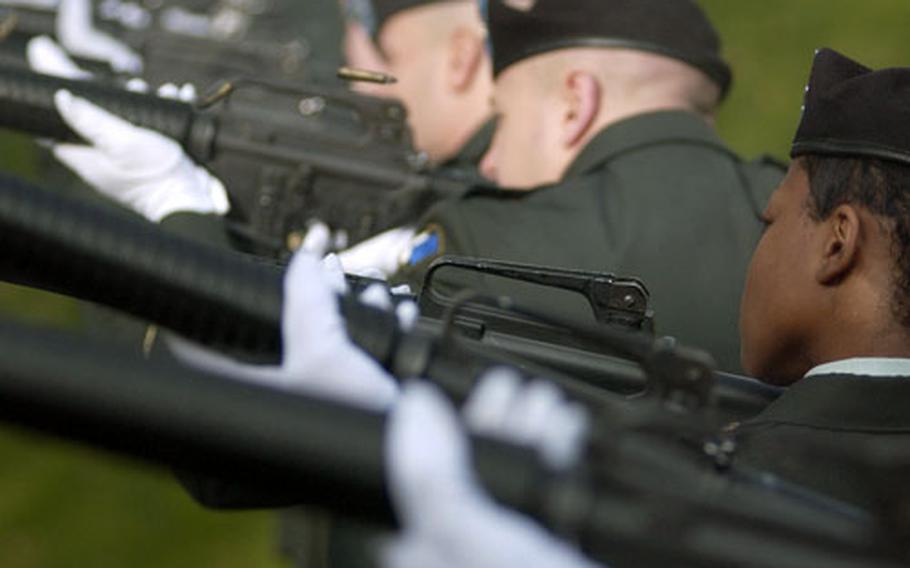 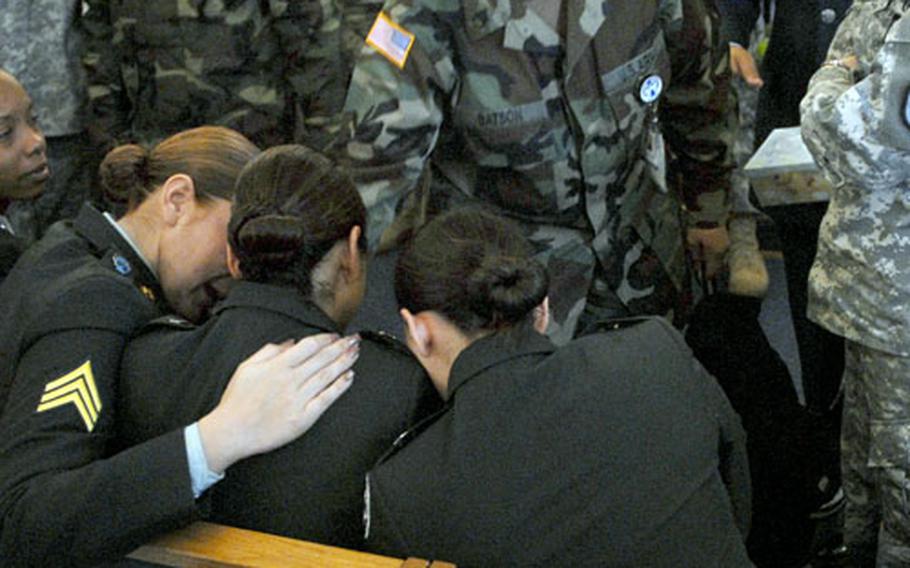 Yilma, a 22-year-old native of Ethiopia, died Saturday from injuries received earlier that day while riding in a car that hit a wall on Autobahn 62 near Baumholder.

It was standing room only in the chapel as hundreds of soldiers, airmen, friends and others attended the roughly hourlong memorial ceremony.

Yilma enlisted in the Army on Sept. 2, 2004, and his first assignment was at Landstuhl, where he was in charge of all temporary duty travel vouchers.

Those who spoke of Yilma said he was always able to make you smile. Sgt. Mary Byrne spoke of how Yilma used to cheer up people.

But the young soldier also had a deeper side.

Master Sgt. James Mosher, then Yilma&#8217;s first sergeant, used to ask Yilma why he joined the Army. At first, Yilma didn&#8217;t have a specific answer. Then Mosher had Yilma to his house for Christmas dinner where he saw Mosher&#8217;s son playing.

Yilma was like a brother to Spc. Mariam Dawood, and she addressed the mourners Thursday as if she were speaking to Yilma. When the two were in basic training on the last ruck march and Dawood wanted to give up, Yilma helped her make it.

Yilma was a passenger in the front seat of a 1989 BMW when it struck a wall on Saturday. Two other soldiers &#8212; the 22-year-old driver and the 24-year-old rear-seat passenger &#8212; were treated at a German hospital and later released. The surviving soldiers are assigned to Landstuhl.

The crash is being investigated.