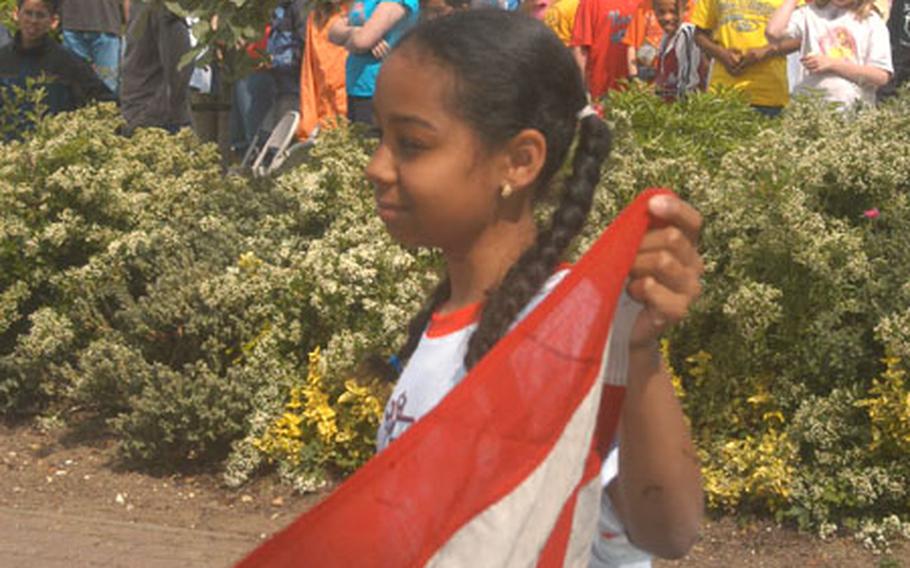 Yolanda Brown, a student at Liberty Intermediate School, RAF Lakenheath, England, holds the flag before it is raised above the school Friday during a Memorial Day ceremony. (Ron Jensen / S&S)

Yolanda Brown, a student at Liberty Intermediate School, RAF Lakenheath, England, holds the flag before it is raised above the school Friday during a Memorial Day ceremony. (Ron Jensen / S&S) 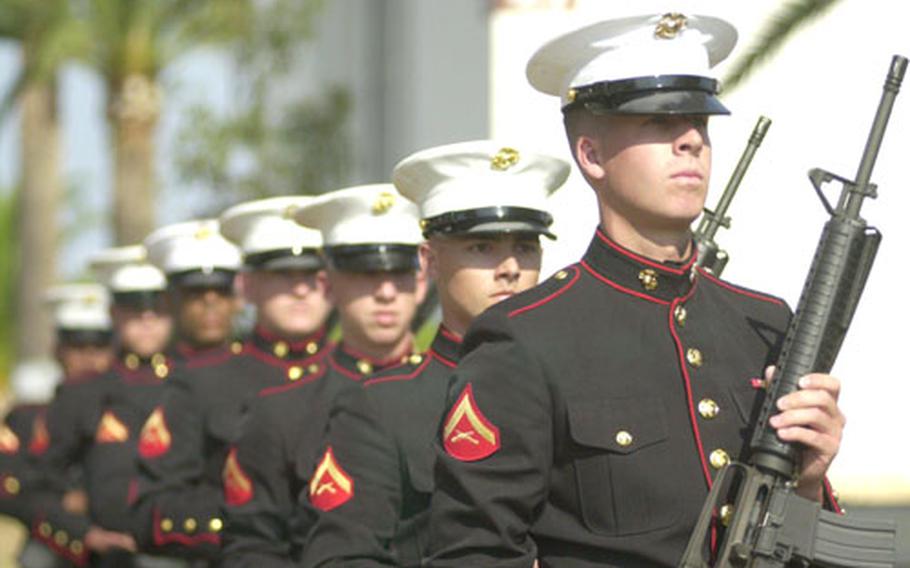 Marines with Marine Corps Security Force Company Europe prepare to fire a gun salute Friday during a Memorial Day ceremony at Sailors Memorial Park at Naval Station Rota, Spain. Several hundred people turned out for the ceremony. The main speaker, Capt. John Orem, commander of U.S. Naval Activities Spain, said there is no way the nation can fully enjoy summer activities when "every day our servicemembers are making the ultimate sacrifice in Iraq and Afghanistan" and remain in "harm&#39;s way" in Bosnia and Herzegovina, Kosovo and the demilitarized zone in South Korea. (Scott Schonauer / S&S)

&#8220;They were completely silent,&#8221; said Frank McNamara, the social studies teacher who organized the sixth annual ceremony at the school.

The brief program involved as many of the school&#8217;s 430 students as possible, with students handing a microphone from one another as they read, line by line, the history of Memorial Day and a verse about America.

Other students raised the U.S. flag and the school flag to start the ceremony. Students Cora Baker and Elise Smith sang a patriotic song at the program&#8217;s end.

Brittni Jackson, 11, who was the narrator for the ceremony, said the event helps students learn to respect the sacrifice made by those who died in America&#8217;s wars.

McNamara said the presence of several parents and the commander of the 100th Air Refueling Wing at RAF Mildenhall, Col. Richard Devereaux, who spoke to the students, underscored for the students how important it is to celebrate the day in a meaningful way, rather than just having picnics.

Devereaux spoke to the students for a few minutes, telling them it is appropriate they recognize the sacrifice of the people who, like many of their parents, wear their country&#8217;s uniform.

&#8220;They were dads. There were moms. They liked sports. They had families.&#8221; But, he said, they paid a high price for the freedoms enjoyed today.