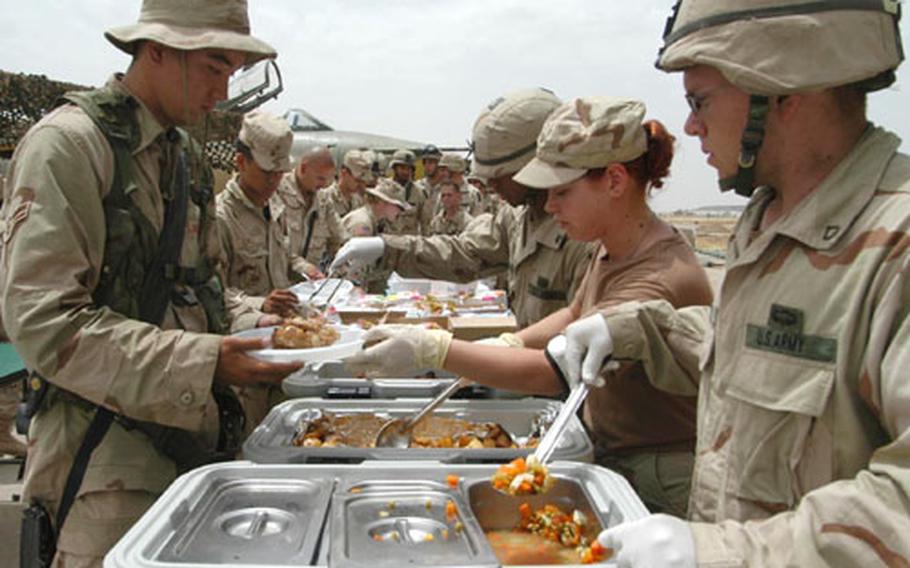 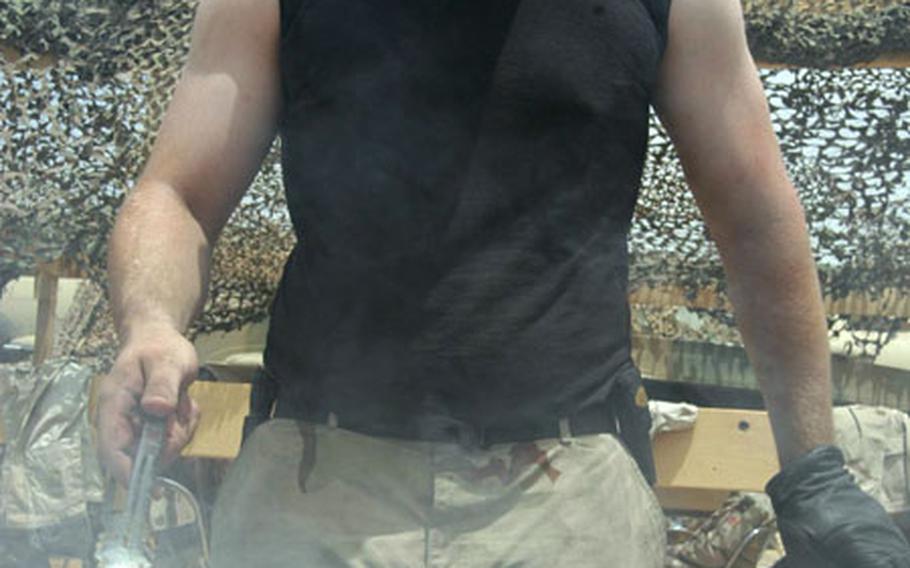 Well, he had good reason for delaying the festivities until the end of the week &#8212; the grub planned for the celebration hadn&#8217;t arrived in time for a Monday observance, and he wasn&#8217;t going to do the job half way.

&#8220;We were going to do this right or not going to do it at all,&#8221; said Callahan, commanding officer of the 506th Air Expeditionary Group based at the Kirkuk airfield in northern Iraq.

The Memorial Day celebration took hours of planning and lots of string-pulling by leaders &#8212; who wanted to provide real food for the troops, Callahan said.

While it took only 15 minutes for Senior Master Sgt. Edwin &#8220;Chopper&#8221; Lynds II to plan the menu, getting through the channels to obtain the food took several weeks.

&#8220;We&#8217;re not established to serve fresh food,&#8221; Callahan said, who added he pleaded and tweaked the systems a bit to bring in the food from Al Jaber near Kuwait City for the one-time event.

That meant enough chicken, spuds, veggies and four kinds of chips to feed 4,000 hungry stomachs in the joint Air Force and Army celebration.

&#8220;These young airmen and soldiers have been working hard since they got here&#8221; roughly two months ago, he said.

Inspectors rounded the vats of cooking food, with thermometers in hand to ensure the chicken, which first had been boiled for 20 minutes to aid in cooking, were barbecued just right and the potatoes registered at least 140 degrees, ensuring they were suitable for consumption.

As if the 100-plus heat wasn&#8217;t stifling enough, Army Spc. James Jantzen, with the 173rd Airborne Brigade out of Vicenza, Italy, stood over a vat of boiling water and chicken broth cooking the stuffing &#8212; with pimentos included to add a dash of color.