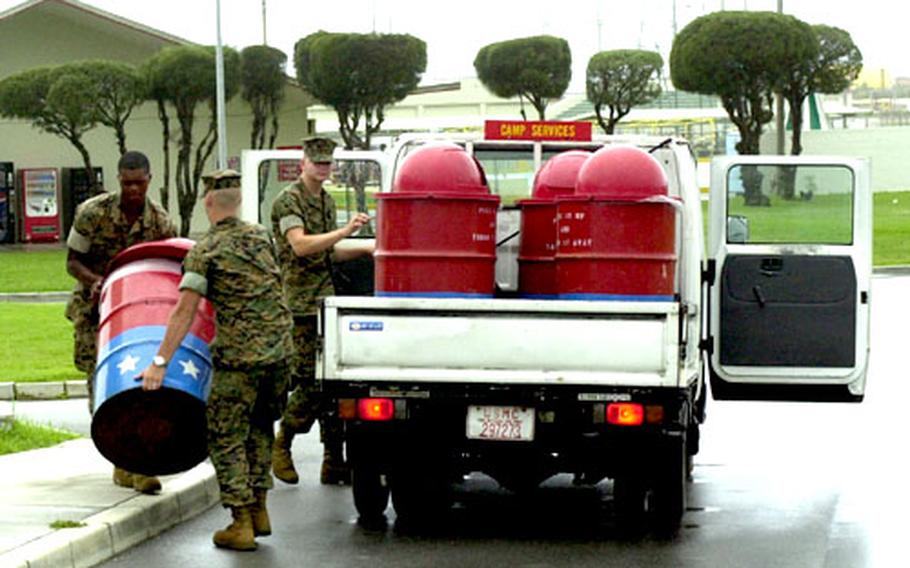 Early Tuesday the 18th Weather Flight predicted high winds from the storm to the southwest wouldn&#8217;t affect Okinawa. Then at 11:30 a.m., it issued a tropical cyclone alert for the island&#8217;s military bases, saying that due to the storm&#8217;s rapid development, winds of 57 mph or so would hit the island within 12 hours.

The Weather Flight predicted the storm would pass within 80 miles to the southwest of Okinawa by 7 p.m. Tuesday, with the strongest winds clocking at 63 mph.

Megi was expected to continue to lash Okinawa with winds exceeding 57 mph until 2 a.m. Thursday.

Tropical Cyclone Condition of Readiness 4 means that damaging winds of 57 mph or greater could hit Okinawa within 72 hours.

The storm was expected to reach typhoon strength by 9 p.m. Wednesday as it churned toward the Korean peninsula&#8217;s southern tip.

The center of Typhoon Megi was expected to pass within 10 miles of Chinhae at 2 p.m. Thursday, with winds whipping up to 92 mph.