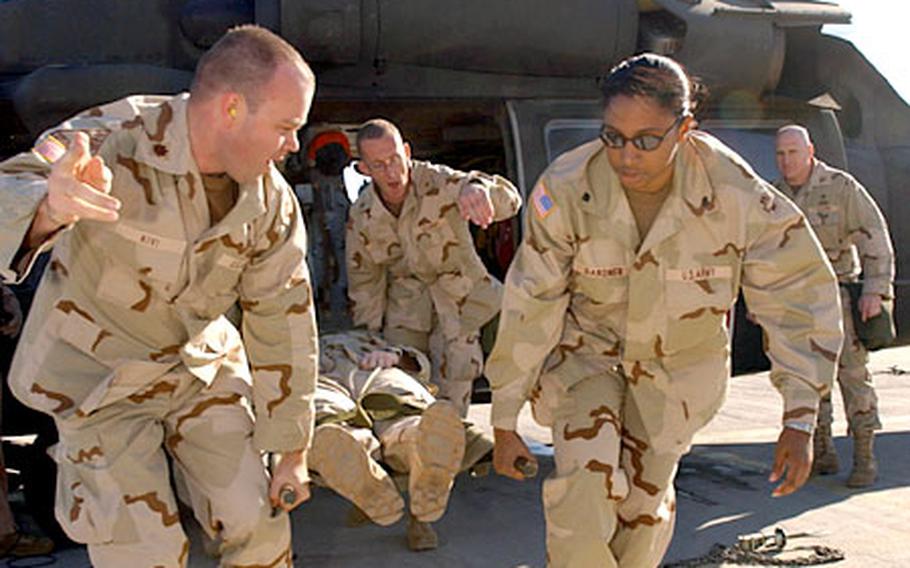 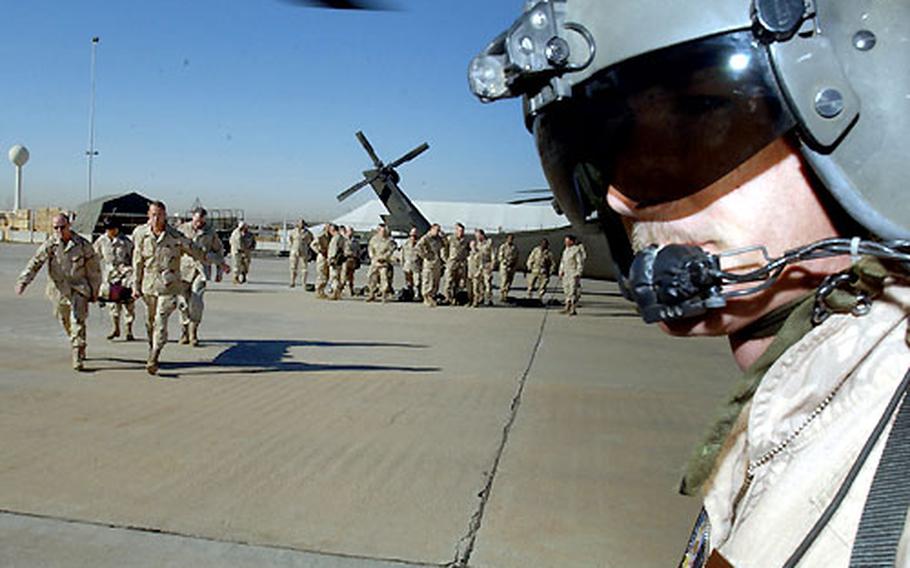 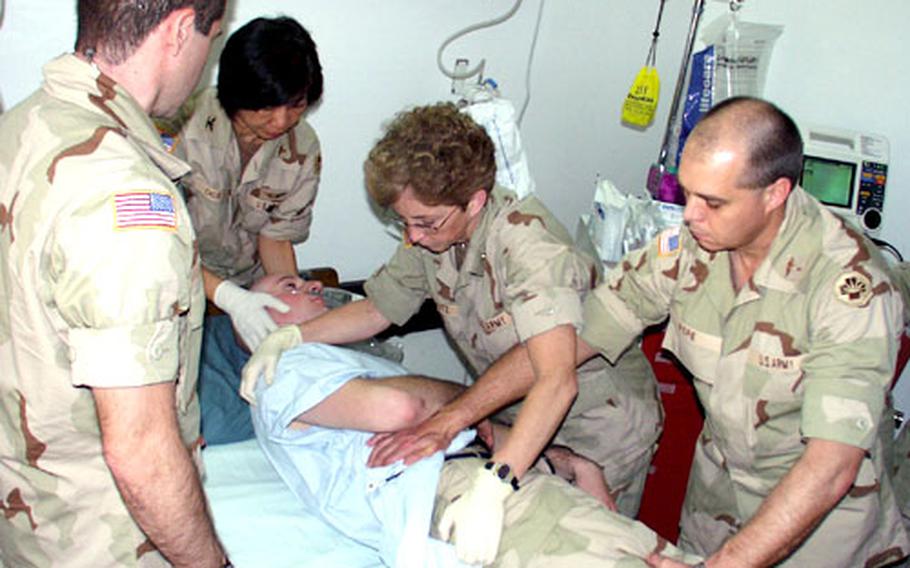 KUWAIT CITY, Kuwait &#8212; If U.S. troops go to war against Iraq, most casualties will likely make a stop at the Army&#8217;s only permanent hospital in Kuwait City.

For slightly more than a year, the Army has borrowed one floor of the Kuwait Armed Forces Hospital for its own small medical center. There, doctors and nurses clad in desert camouflage uniforms have room for 60 beds, two operating rooms and a pharmacy for American soldiers and civilians who need treatment.

Currently, 126 doctors, nurses, medics and other medical experts are on call to treat patients with maladies ranging from hernias to gunshot wounds, said Col. Kevin Pehr, commander of the 865th Combat Support Hospital, a reserve unit from Utica, N.Y., that runs the hospital.

Doctors from previous Reserve units treated a Marine who was shot by Kuwaitis during training exercises in October, as well as two Army soldiers who were shot by a Kuwaiti policeman in November. On average, though, doctors see just eight patients a day.

But if U.S. forces go to war, the Kuwait City facility will be a major hub for any casualties, doctors said.

The American portion of the facility is rated at Level 3, meaning it is equivalent to a community hospital in the United States.

The next largest military medical clinic is at Bagram air base, Afghanistan &#8212; a Level 2 facility equivalent to a walk-in clinic in the United States.

The air bases at Ali Al-Salem and Ahmed Al Jaber, Kuwait, each have small clinics. Mobile clinics are in place at Camp Doha, the main Army base in Kuwait, and at some camps in the desert.

If push comes to shove between the United States and Iraq, which is undergoing United Nations weapons inspections, armed conflict is sure to yield injured warriors.

Kaplan is a veteran at treating trauma cases, as are several other physicians and nurses in the Reserve unit.

In a wartime scenario, treatment of the wounded could take many forms, Kaplan said. For example, wounded soldiers are likely to get initial treatment by a medic on the battlefield. They may then be transferred to a field hospital or immediately airlifted to the Kuwait City hospital. If additional care is needed at a higher level, they likely will be flown to the Army&#8217;s hospital in Landstuhl, Germany. If a higher level of care is needed, they may be moved to a military hospital in the United States.

In any event, physicians and administrators at the Kuwait City hospital will be coordinating with the Air Force to airlift the wounded out of the Persian Gulf region.

Doctors are aware that the 60 beds available at the hospital won&#8217;t be enough during a major conflict.

&#8220;The thinking is that if we go to war and more forces are coming in we&#8217;re going to need more hospitalization room,&#8221; said Brig. Gen. George Weightman, commander of the 3rd Medical Command (Forward) and head surgeon for the Coalition Forces Land Component Command, which oversees U.S. forces in Kuwait.

Army teams now are scouting out places in the Kuwaiti desert that may be closer to the front lines where they could set up a forward surgical hospital, Weightman said.

Such forward hospitals can have the capacity for nearly 300 patients. Those tented facilities are the kind that Pehr&#8217;s unit is used to working from in the field.

Doctors from the 865th CSH arrived in Kuwait in mid-December. Since then they have been training constantly for what could become an extremely demanding mission.

For example, a trauma team is on duty 24 hours a day and has at least one drill a day. The hospital staff also is perfecting its mass casualty plan.

On Tuesday, 865th CSH members joined medics from the 1042nd Medical Company (Air Ambulance) at Camp Doha for a drill to learn how to load patients onto an operating air ambulance helicopter.

Next week, doctors will join their Kuwaiti counterparts for training on treating critical care patients.

In the meantime, the pace at the hospital can be somewhat slow, said Maj. Patricia Goodyear, head of the Intensive Care Unit. This staff is trained for setting up a mobile field hospital, not for running a permanent facility with limited space and supplies, she said.

Nevertheless, these doctors and nurses are trained to handle trauma patients. If a war comes, she said, &#8220;In some ways we might actually function better because that&#8217;s what we&#8217;re trained to do.&#8221;