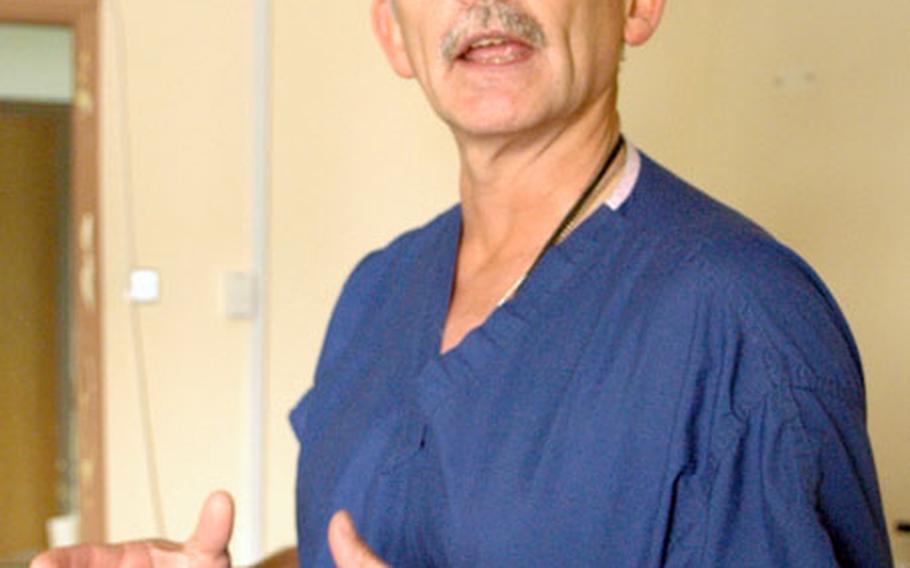 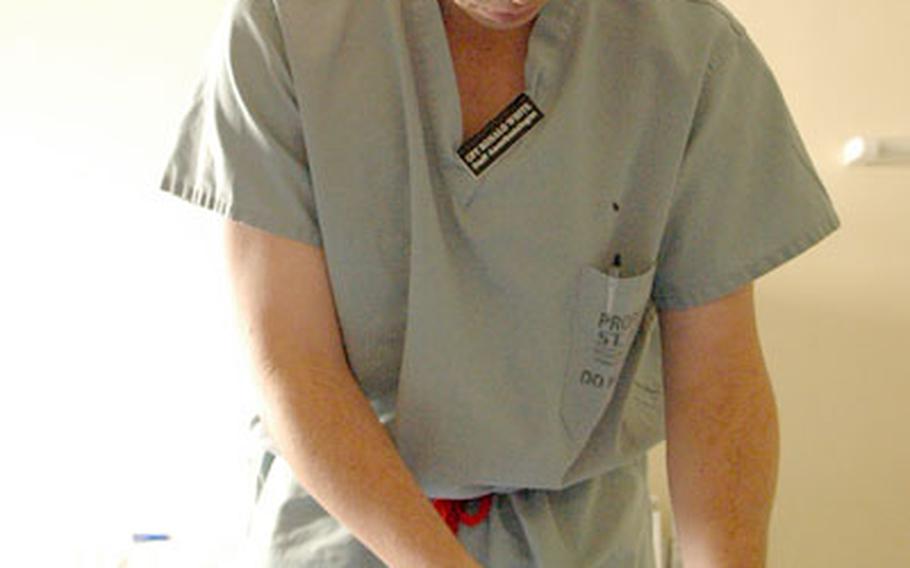 BAGHDAD &#8212; Seriously wounded patients at the U.S. military&#8217;s main combat support hospital in Baghdad can now take a little more comfort in their treatment, thanks to a militarywide medical program that focuses on swift pain treatment.

Anesthesia doctors at Baghdad&#8217;s 10th Combat Support Hospital say a complex new pain management program &#8212; which debuted in November at the hospital &#8212; will make a big difference to all who are injured in theater, many of whom pass through the hospital&#8217;s emergency room.

The 84-bed hospital manages a steady stream of wounded patients, as evidenced by the constant whir of medical evacuation helicopters buzzing in and out of the hospital&#8217;s landing pad. Patients, on average, stay about 24 hours before being transported out of the theater to Germany or the States.

Another new feature at the hospital is patient-controlled analgesia, a hand-held pump that, at the push of a patient&#8217;s finger, delivers a small, safe dose of painkillers. The amount of painkillers administered over a period of time is limited to a certain amount.

Despite the delicate chemistry involved, the bottom line is simple: treating pain swiftly and effectively.

Doctors at the hospital say the patient-controlled pump is a new feature that may help patients on the long air evacuation trip out of Iraq.

The treatment may also lead to advances in medicine as a whole.

Gehrke said that medical studies have shown that early pain treatment does not lead to drug dependency or, worse, to long-lasting damage.

&#8220;People who have pain who are adequately treated do not become dependent on drugs,&#8221; he said. &#8220;If we under-treat their pain, and we hide those pain medications from them, and we make them hurt through theater and all the way home, we&#8217;re going to set them up for post-traumatic stress disorder.&#8221;

He also attested to the safety of properly administered nerve blockers, which enable the patient to remain conscious while their pain is treated in a specific area.

Both doctors are passionate about the new program, which they say has earned rave reviews &#8212; both physical and psychological &#8212; from all 10 patients who had been treated by mid-December.

Military medical officials at other facilities will also be tracking the program.

&#8220;That is just now going into play. We don&#8217;t have any data yet to say that these patients are doing better than other patients. That&#8217;s one thing we&#8217;re going to be evaluating,&#8221; said Air Force Dr. (Lt. Col.) Warren Dorlac, chief of critical care and trauma surgery at Landstuhl Regional Medical Center, Germany.

Despite the immediacy of pain treatment, White added that the program has a more long-term focus.