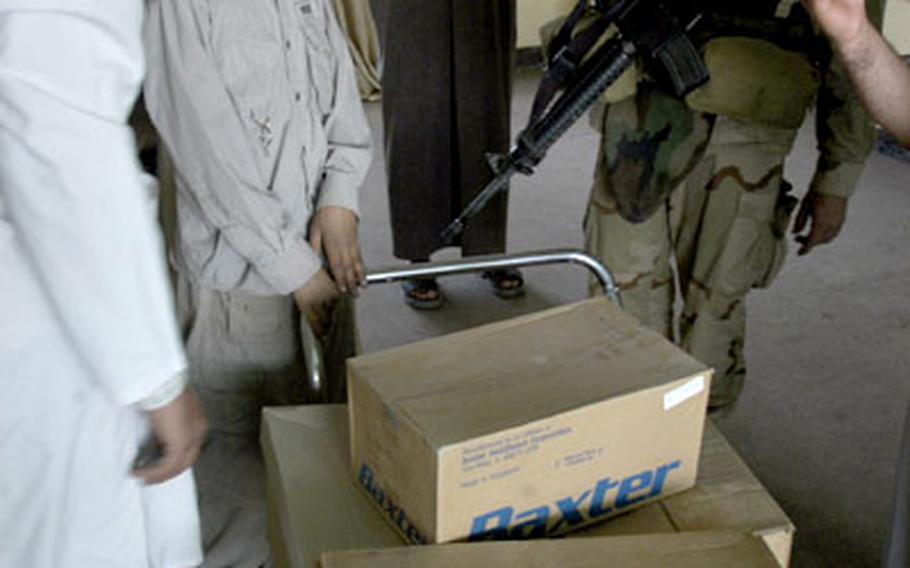 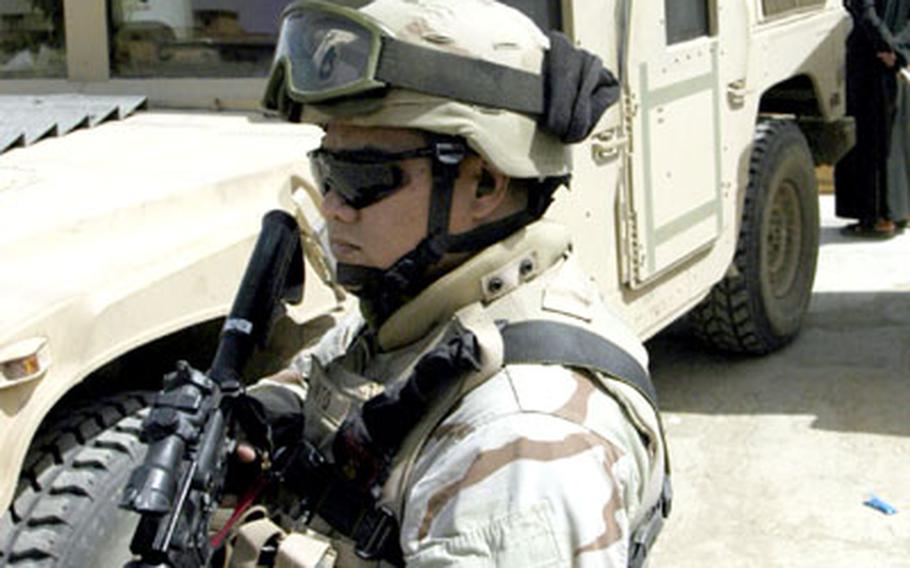 AD DALUIYAH, Iraq &#8212; The four Humvees rumbled down the street and turned into an empty lot. The soldiers dismounted, scrutinized the dirt and rocks for hidden bombs, and scanned windows and rooftops for hidden gunmen.

Then, one Humvee pulled up to a driveway and backed up to a building where some men and boys were waiting. The building was a clinic, and inside the Humvee were boxes of medical supplies.

Supporting health care is a priority for the 42nd Infantry Division, which began its one-year deployment to Iraq in February.

While U.S. troops provide most of the muscle and means, they also try to bring local Iraqis into the mix. The men at the clinic were local officials and clinic workers, who it is hoped will get some credit for the delivery.

&#8220;Our long-term goal is to get [local clinics] better supported by the Ministry of Health,&#8221; said Tarpey, a Chicago native. Ministries, or departments, in the new Iraq are being set up at the local, state and federal levels.

Two more Humvees pulled up and were unloaded. Some of the boxes contained antibiotics to treat infections such as chest colds and skin diseases. Hygiene in Iraq can be poor, Tarpey said, and such ailments are common.

The boxes also contained intravenous fluids to treat dehydration from diarrhea, as well as bandages, gauze and splints.

Sometimes patients, however, come to the U.S. bases for treatment.

For three days in a row, soldiers patrolling near the clinic had been attacked. In the swath of land between Tikrit and Baghdad that was Saddam Hussein&#8217;s home turf, and even delivering medical supplies is risky.

But the supplies on Saturday were delivered without incident.

Since the soldiers were already &#8220;outside the wire,&#8221; they used the time to perform two other missions.

The first was to check a wooded site from where insurgents had recently fired mortars at a passing convoy. The soldiers said they didn&#8217;t care if they were seen.

The terrain was perfect for firing mortars; it provided a good view of the road and cover in which to hide and flee.

McConnell and Capt. Andrew Staples of the 1-15th took the complaint but made no promises, careful to not be hoodwinked by a false claim.

Iraqis such as the complaining woman, McConnell said, try to reach into the deep pockets of the occupying forces.

The medical mission represented a small victory. Perhaps those Iraqis who&#8217;d be treated with the equipment and supplies delivered to the clinic would be won over by the Americans as well as the local government officials who &#8220;provided&#8221; the help.