Medical battalions eliminated and created on the same day 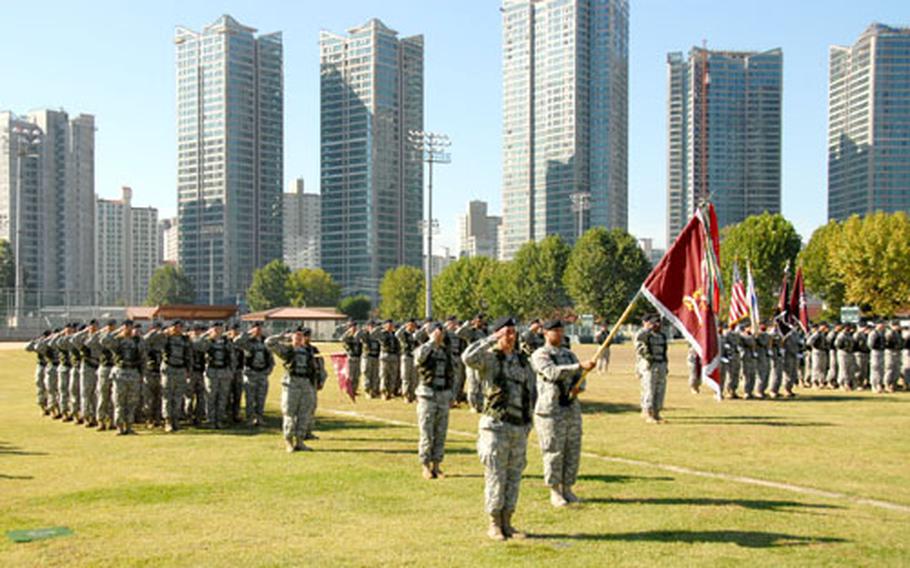 Soldiers salute during a ceremony at Lombardo Field on Thursday to mark the deactivation of the 52nd Medical Evacuation Battalion and activation of the 168th Multifunctional Medical Battalion. (Ashley Rowland / S&S)

The changes to the 18th Medical Command, made during a ceremony at Yongsan Garrison&#8217;s Lombardo Field, are part of a larger reorganization of the U.S. Army and the 8th U.S. Army.

&#8220;We&#8217;re making sure we have the right kind of units to survive on the modern battlefield,&#8221; said Col. Gregory Jolissaint, commander of 18th MEDCOM and the 121st Combat Support Hospital.

Col. Jolissaint said transformations are affecting 500 soldiers in South Korea, about 100 of whom will have to move to new bases.