Medevac crews don’t hesitate to swoop in when needed 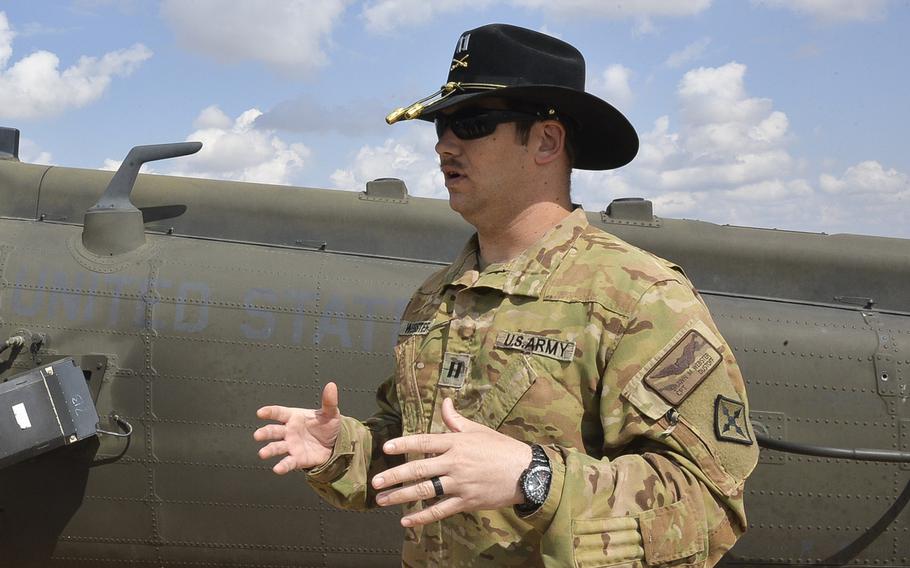 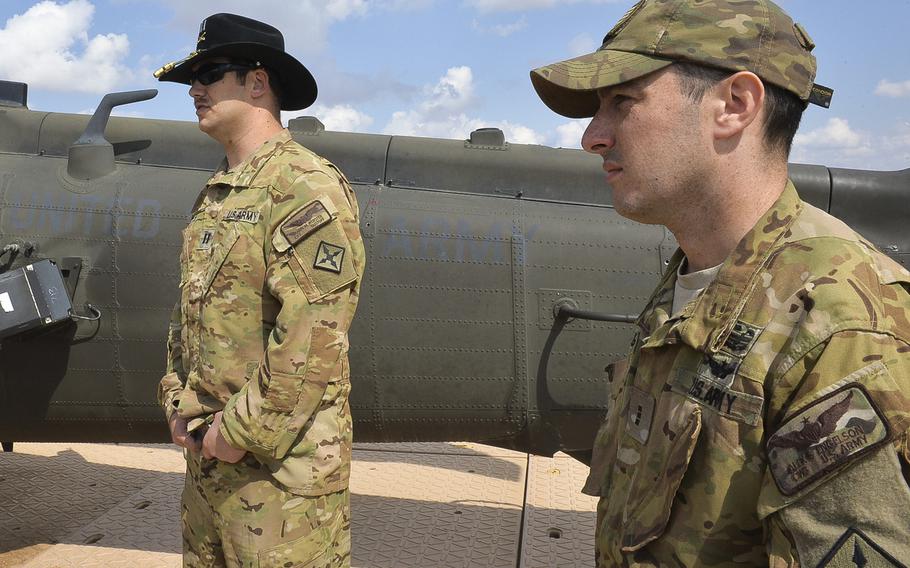 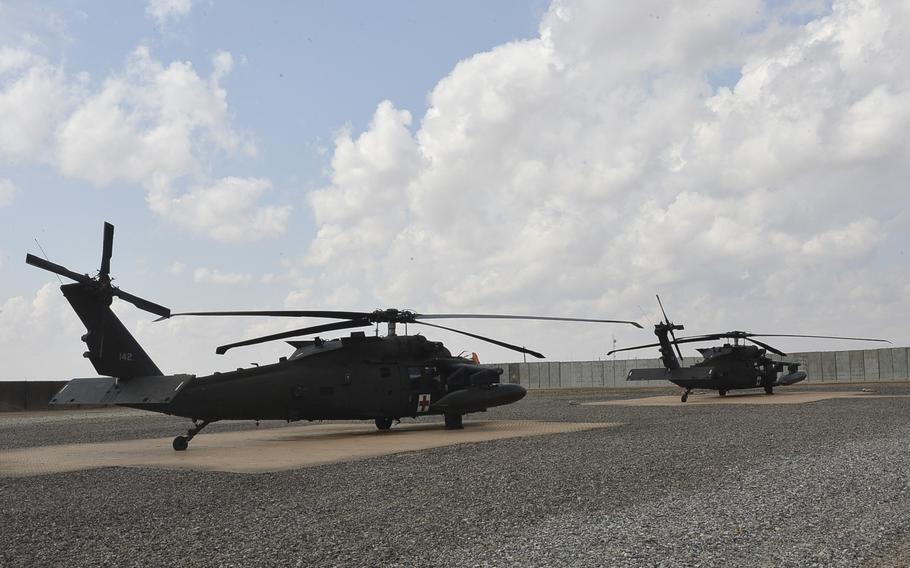 QAYARA AIRFIELD WEST, Iraq — Pilots flying medical evacuation missions over Mosul don’t get a say in where they land. They often have little time to plan their flights, with just 15 minutes from when a call comes in to when they’ve got to be in the air.

“It’s kind of a blur,” Chief Warrant Officer 3 Alex Engelson, an instructor pilot for the platoon, said last month while standing beside a Black Hawk near a medical facility on this logistics hub about 40 miles south of the city. “A lot of times I think we’re back before we think about it.”

Iraqi forces have been battling to retake Iraq’s second-largest city from Islamic State fighters for more than six months, aided by U.S. and other coalition forces who provide intelligence, advice and precision fire support. The Iraqis are closing in on ISIS in the western half of the city after liberating the eastern half earlier this year.

But in late December, as Iraqi forces got bogged down in the east after more than two months of fighting, the coalition began calling in airstrikes and fire support, putting both conventional forces and special operations troops closer to the fight to help enable the advancing Iraqi troops. U.S. troops have come under fire and returned fire several times, coalition officials have said.

The difference between life and death can be minutes, and helicopter ambulance crews aim to pick up casualties and get them to medical care within the “golden hour,” the period after a traumatic injury during which medical intervention has the best chance of preventing death.

The Navy runs a field hospital at Qayara Airfield West that treats wounded coalition and Iraqi troops. The helicopter crews — National Guard members from several states deployed as part of the 1-111th General Support Aviation Battalion — wait nearby. During a visit in March, crew members stayed busy playing cards at an outdoor table.

Like firefighters or paramedics, they spend much of their time standing by until a call comes in, then they spring into action, said Capt. Shawn Webster, the platoon commander. Webster, who’s from Austinville, Va., is in charge of four Black Hawk helicopters.

The flight to Mosul takes “not very long at all,” he said, and there are few places they can’t go. “It’s a helicopter — we can land it just about anywhere.”

The crews are known by the call sign “Dustoff,” which dates to the early years of the Army’s aeromedical evacuation program in Vietnam, chosen because the UH-1 Hueys used at the time were known for kicking up plentiful dirt when swooping into a clearing to pick up wounded soldiers. The term has since been turned into an acronym meaning Dedicated Unhesitating Service to Our Fighting Forces.

The modern HH60M Black Hawks are accompanied on evacuation missions by Apache attack helicopters for security, and they can get into some pretty tight situations in the built-up urban area. Capt. Lucas Gebhart, commander of 4 Squadron, 6th Cavalry’s Bravo Troop of Apaches, declined to discuss whether the helicopters had taken fire. But the Apaches are there to make sure it’s not a “fair fight” with the enemy if they do, he said.

Since arriving in Iraq in July, the crews have flown more than 60 missions to bring wounded coalition members and sometimes Iraqis for treatment. They’ve extracted wounded U.S. Marines and members of the Italian and French contingents, Webster said.

“You’re not just flying U.S. soldiers,” he said. They’ll fly anybody who needs them. “It’s not our decision who we pick up.”