Mechanics at Kirkuk conjure up vehicles 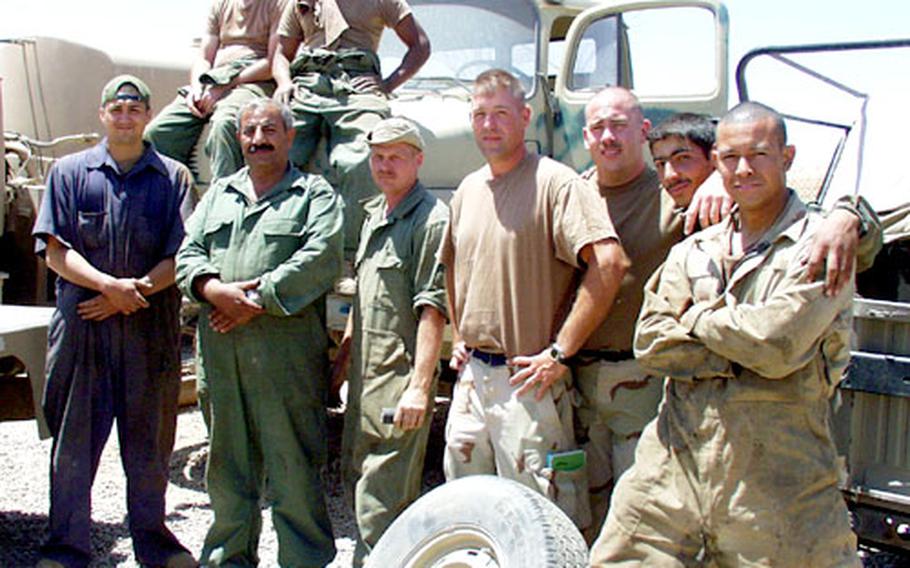 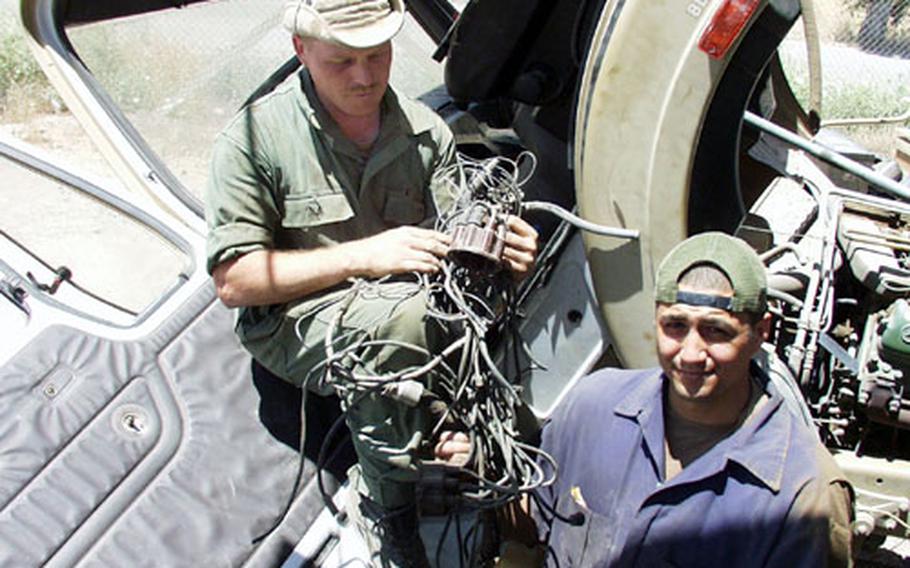 Staff Sgt. John Natcher and Staff Sgt. Brandon Parongao stand next to the open cab of a broken down Iraqi truck. Scavenged parts like the ones Natcher holds have been used to put together a motor pool of Iraqi vehicles at Kirkuk airfield. (Marni McEntee / S&S) 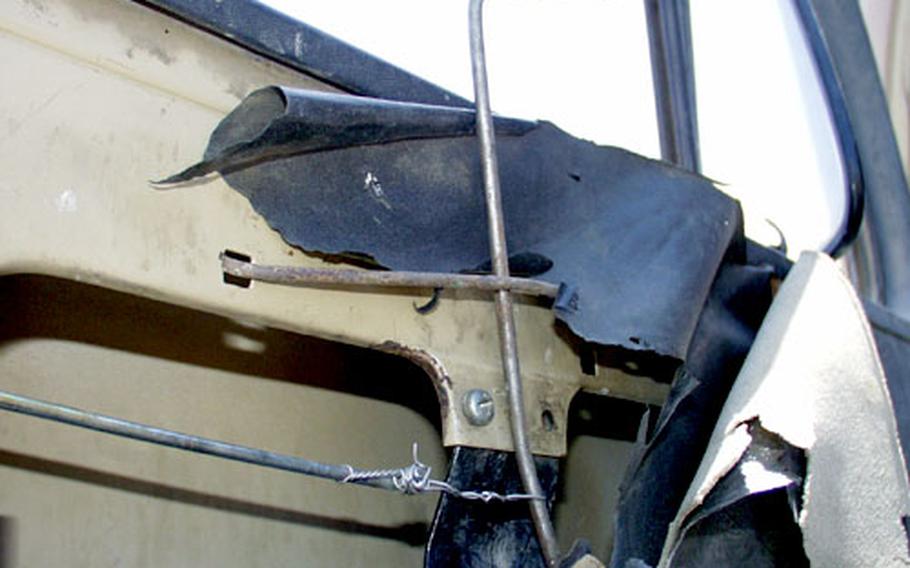 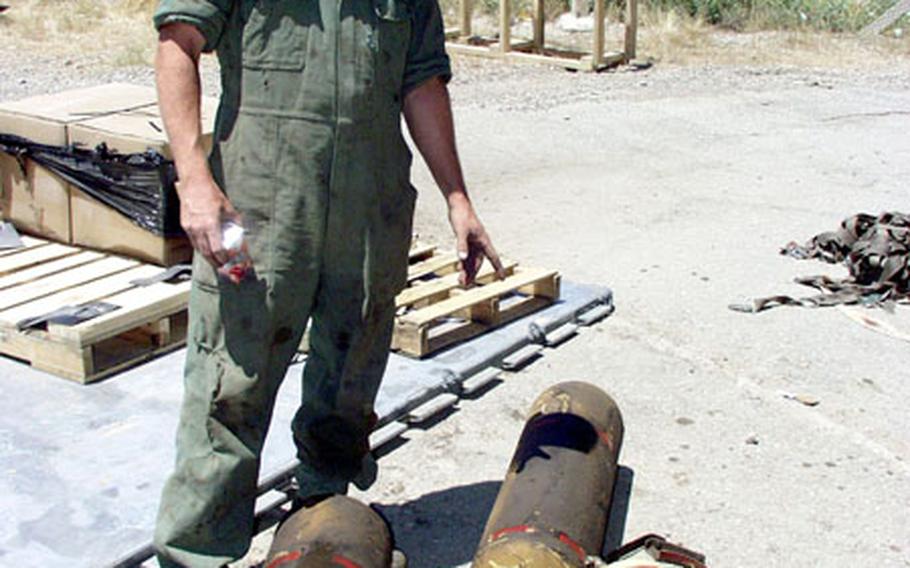 Staff Sgt. John Natcher describes how these air tanks from an old Iraqi fire truck will be used in a warning siren for the airfield. (Marni McEntee / S&S)

She&#8217;s built with Iraqi refueler guts, a Russian flatbed welded to her back, the brakes off a Mercedes sweeper and a push-button starter switch pilfered from a Russian generator.

Since arriving in mid-April, the eight mechanics at the 506th Logistics Readiness Squadron have resurrected nine junked or looted vehicles at the Kirkuk airfield, along with assorted generators, air pumps and sirens.

They didn&#8217;t have a choice. Air Force vehicles are few and far between in the region. There were none at Kirkuk when the mechanics got there.

&#8220;Our deputy commander told us that if we wanted a vehicle, we&#8217;d have to make one,&#8221; said Staff Sgt. John Natcher, who wears his boony hat brim curled up like a bushwhacker and spits tobacco juice between sentences.

Natcher and Staff Sgt. Brandon Parangao were the first two mechanics to arrive at Kirkuk from Bashur airfield. They brought only what they could carry in two tool bags and eight parts bags. The rest of the crew trickled in over the next few days with little more than their Leatherman tools and Gerber knives.

They set up shop in an abandoned garage with no electricity and piles of discarded vehicle parts.

But one man&#8217;s trash is another man&#8217;s treasure, Staff Sgt. Richard Daniel said. And the airfield at Kirkuk was a gold mine. The vast base, stretching 16 square kilometers, was littered with abandoned Iraqi trucks, armored vehicles and parts.

The shop&#8217;s first project was to get a running-around car so they could scavenge the base. They found an old taxicab that had been shot up in an ambush.

Since then, they&#8217;ve fixed a bulldozer, a runway sweeper, a steam roller and Franken Truck &#8212; used to haul ordnance for disposal because the Air Force didn&#8217;t want to risk one of its own.

Sometimes, Natcher said, the mechanics searched through tall weeds around junked trucks to find the parts they needed. The rest came from sheer ingenuity.

On one Iraqi grader, they plugged a busted fuel line with a stick and some tape to keep the air out. They made door handles out of scavenged wire and plugged tires with wood pegs and silicone glue. They&#8217;ve rigged a battery charger in the back of an Iraqi fire truck. They&#8217;re using the truck&#8217;s water-pressure machine to pump up tires.

When long days stretched into dark night, they used their flashlights to see. Sometimes, they used a mirror to reflect a car&#8217;s high-beam lights under vehicle hoods, said Temple, 32, of Richland, Mo.

Natcher is quick to point out that none of their methods can be found in any Air Force manual. But no matter &#8212; the manuals haven&#8217;t gotten here, either.

The mechanics, themselves an amalgam of United States active and Reserve units, don&#8217;t know what they&#8217;ll do if they ever get any proper tools and equipment.