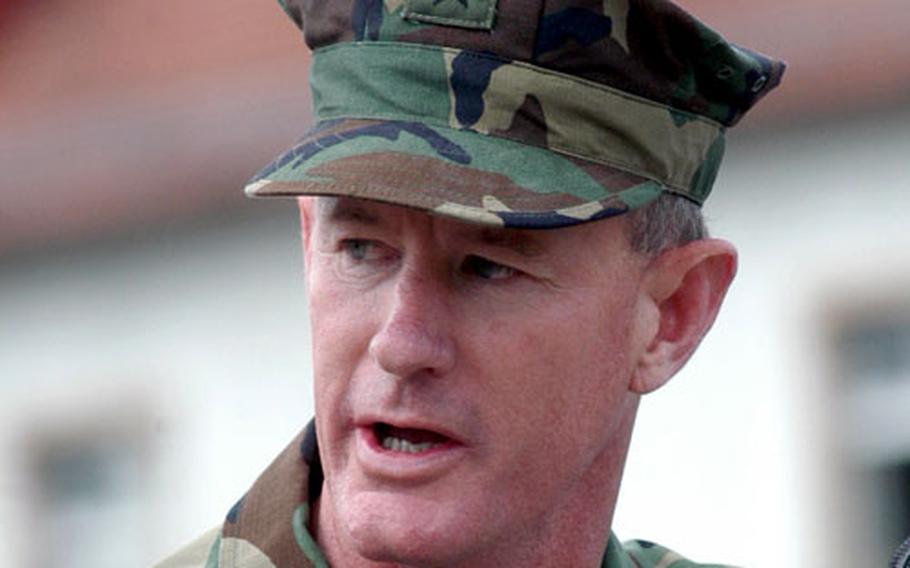 Csrnko, who took over at SOCEUR in August 2003, has been nominated to become commanding general of Army Special Forces Command (Airborne) in Fort Bragg.

As the SOCEUR commander, McRaven will have operational control over the Army&#8217;s 1st Battalion, 10th Special Forces Group, Naval Special Warfare Unit 2, and the Air Force&#8217;s 352nd Special Operations Group. Troops from each of the units participated in Monday&#8217;s event.

McRaven became the 15th commander of SOCEUR, which was established in 1967, and the first from the Navy.

Troops under McRaven will plan and coordinate combat and noncombat special operations within EUCOM&#8217;s 91-nation area of responsibility, which includes Europe, Israel and most of Africa.

The special operations command has overseen training and support of the militaries of countries in northern Africa. The command also oversees the U.S. portion of special operations that are conducted by NATO, such as the security that was provided at the 2004 Summer Olympics in Athens.