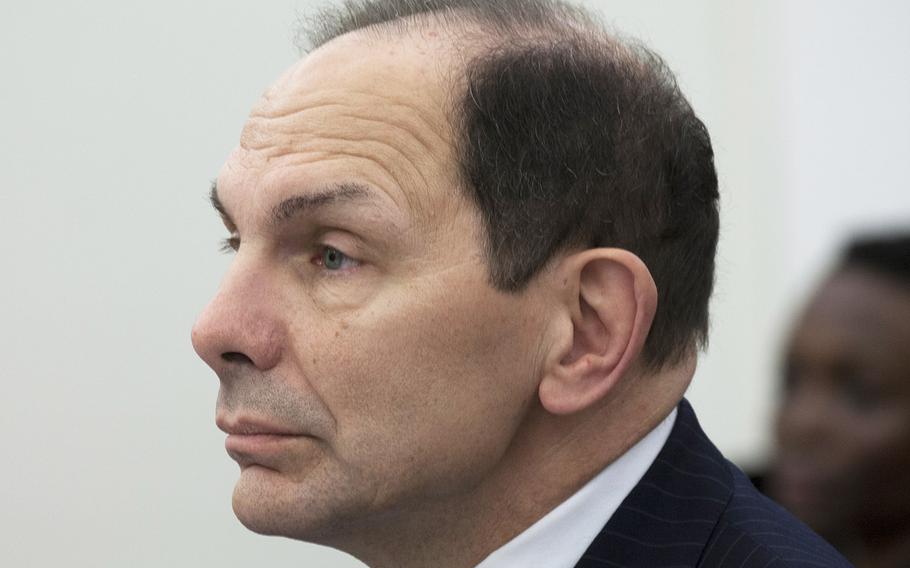 WASHINGTON — In the wake of President-elect Donald Trump signaling big changes at the Department of Veterans Affairs, Secretary Bob McDonald appealed to the new administration Thursday in an exit memo not to abandon initiatives that he started at the agency during his two-year tenure.

“It’s critical to maintain the momentum we have built in transforming the department to best serve veterans,” McDonald wrote in the memo required from all Cabinet members by President Barack Obama. “I urge VA’s next secretary to make these key goals of the new administration at VA.”

McDonald asked that his replacement continue his transformation effort, “MyVA.” He also laid out his “vision for the future,” listing priorities for the next VA secretary that includes reforming the process for veterans to get private care.

But Trump has said he considering more sweeping changes for the department, and Concerned Veterans for America – an advocacy group with a foothold in the Trump transition team – has called for major changes from the “dysfunctional status quo.”

McDonald pushed for the Trump administration to go with his alternative to Veterans Choice, a program established in 2014 for veterans to receive private care. The Choice program is set to run out of funding in 2017 and some veterans have complained it has been confusing to navigate. McDonald’s alternative would establish one set of criteria to designate what veterans are eligible for private care and when.

However, Trump has said he is looking at plans that further expand services for veterans in the private sector.

He held a meeting in Mar-a-Lago, Florida, last week with several leaders of nonprofit health care systems. Afterward, a Trump aide told reporters that they discussed a “public-private option” to allow VA patients to be treated by a provider of their choosing with the VA paying the bill.

“It’s one of the options on the table,” said the aide, who is part of the Trump transition team. “Definitely an option on the table to have a system where potentially vets can choose either or, or all private.”

Some veterans groups have voiced their concerns that shifting funds to pay for more private care could diminish resources of VA providers, who they say are uniquely qualified to care for veterans.

With two weeks until his inauguration, Trump has yet to nominate a new VA secretary.

In December, 20 veterans organizations sent a joint letter to Trump asking that he consider retaining McDonald. The organizations said they had witnessed improvements at the VA and continuity with its leader could ensure progress is not undone.

“It’s clear that Secretary McDonald’s tenure at the VA has been mired in lies and incompetence,” the statement read. “We are optimistic that President-elect Trump will nominate a strong, tenacious leader with the willingness to… end the toxic culture at the VA once and for all.”

Besides appealing to the new administration, McDonald called on the new Congress to “leave divisiveness and partisanship behind” and pass VA reform measures.

The 114th Congress failed to pass a large veterans bill, the Veterans First Act, which had the support of the VA and several large veterans service organizations. Just before the session ended in December, Congress approved pared-down legislation that included only some provisions – and none of the measures that had been touted as priorities.

McDonald has acknowledged he did not have an amiable relationship with some lawmakers, particularly members of the House Committee on Veterans’ Affairs.

Besides reforming the Choice program, priorities McDonald suggested for Congress in 2017 include modernizing the process for veterans to appeal disability claims, authorizing construction projects, grant budget flexibility, and allow the sharing of patient information with other health care providers.

“When the 115th Congress gets to work, the decision to pass the legislation veterans need should be a top priority,” McDonald wrote. “Caring for veterans is a bipartisan obligation—it has been in the past, and it should be in the future.”