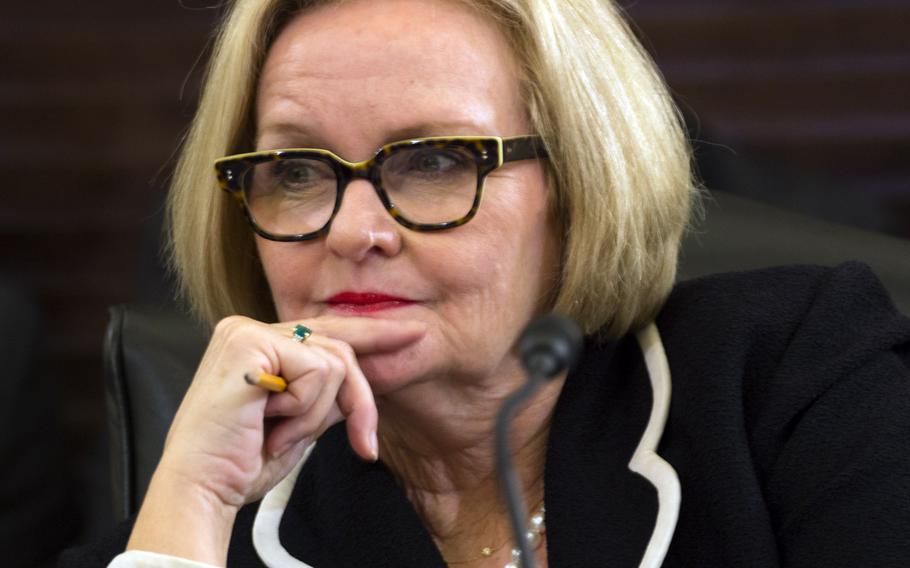 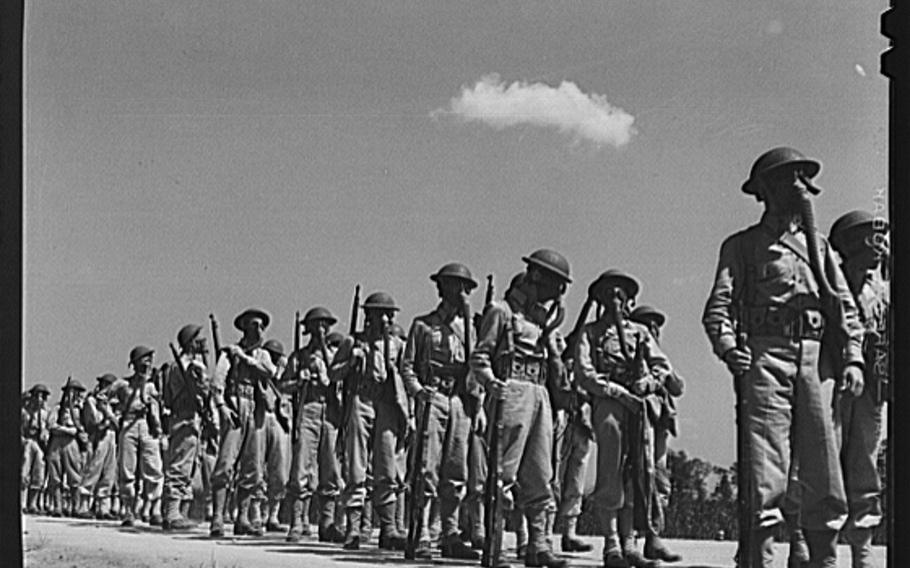 Soldiers wearing gas masks after having been sprayed with gas from a plane at Edgewood Arsenal, Md., in June 1942. (Library of Congress)

WASHINGTON — The military has acknowledged for decades it performed secret mustard gas tests on troops at the end of World War II but a Senate investigation released Tuesday found 90 percent of related benefit claims have been rejected by the Department of Veterans Affairs.

Sen. Claire McCaskill, D-Mo., said she discovered shortfalls in the benefits process that took her breath away during a yearlong investigation into treatment of the test victims. The release of her findings is accompanied by a new bill – named after an 89-year-old former soldier from Missouri – that fast-tracks VA benefits for possibly hundreds of survivors.

About 60,000 servicemembers were exposed to mustard gas and another chemical agent called Lewisite as part of a clandestine defense research program in the 1940s. Of those servicemembers, about 4,000 had their entire bodies exposed to the chemical weapons. Mustard gas and Lewisite burn the skin and lungs, are linked to a variety of serious health problems and have been banned by the international community.

McCaskill said she believes about 400 of the veterans could still be alive and eligible for benefits.

“I think the people who are still living deserve to have their claims met and not denied, and I do think it is important to the families of those who have died for [the VA and Defense Department] to say, ‘We believe you’.”

However, the majority of claims – 90 percent – made from 2005-2015 by potentially exposed veterans were rejected by the VA, McCaskill said.

The VA said it was reviewing the senator’s findings.

“VA greatly appreciates the service and sacrifices of every World War II veteran, and any veteran who may have been injured in mustard gas testing,” the department wrote in a statement to Stars and Stripes. “Nothing is more important to us than serving the veterans who have so nobly served our nation.”

To be eligible for benefits, veterans must prove full-body exposure and have an illness linked to the chemicals. There are 14 covered health conditions, including lung cancer, heart disease and asthma.

So far, only 40 veterans have been granted the health benefits, McCaskill said.

Veterans have been frustrated by a lack of documentation, including an incomplete VA and Defense Department database of servicemembers exposed to chemical weapons and differing VA and DOD lists of the military facilities involved in the clandestine testing programs, according to the investigation titled “Cruel and Unusual Service.”

“It has been very difficult for veterans to reach the very high standards held by the VA for proving this,” McCaskill said. “You make it all their responsibility to prove that it happened to them.”

The senator unveiled a new bill, the Arla Harrell Act, that is named after a Missouri veteran who has been denied benefits four times over the past two decades, most recently in April, the Associated Press reported Monday. Harrell, 89, said he was exposed to mustard gas at a World War II-era military facility in Missouri called Camp Crowder, but the VA has said there is no proof of the testing there.

The bill orders an expedited review of Harrell’s case and every other denied benefits claim. During the review, the VA must assume all the claimants experienced full-body exposure to the chemicals despite any lack of documentation.

The Defense Department would also be required to build a new list of testing sites based on veteran claims and other evidence. McCaskill said the Army Corps of Engineers discovered and has photographic evidence of vials and gas chambers that prove the testing was conducted at Camp Crowder as Harrell has claimed.

VA Secretary Bob McDonald was provided the new evidence last week and directed staff to review Harrell’s case, according to the department.

“Due to privacy laws as they apply to any public discussion of any individual veteran’s claim, we cannot address the specifics of Mr. Harrell’s case,” the VA statement said.