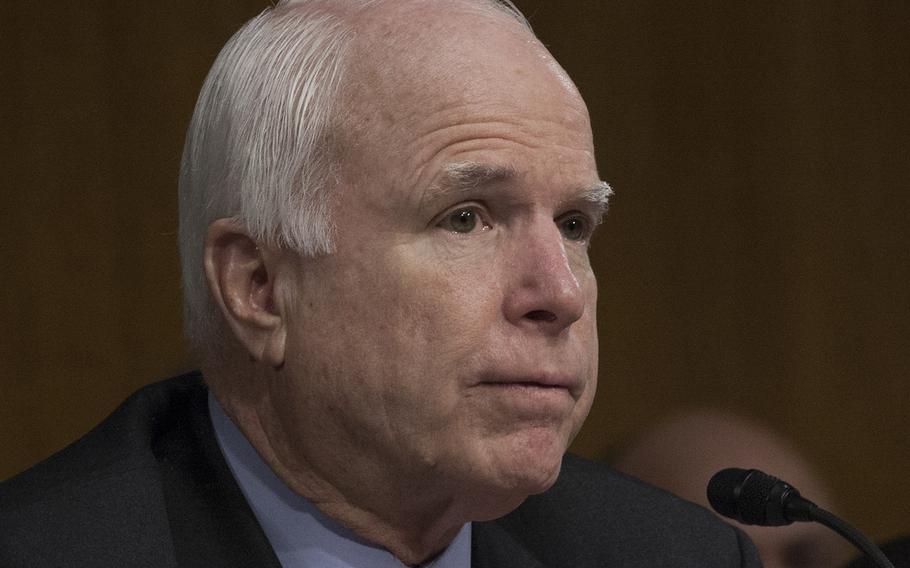 The Arizona Republican and oft war hawk took to the Senate floor to unveil a bill that would eliminate ceilings imposed on the Defense Department budget.

He called limits on the spending absurd and dangerous in the wake of the Islamic State mass shootings and bombings that killed at least 129 last week in the French capital.

The tragedy prompted a House majority on Thursday to support toughened restrictions on people fleeing the Syria civil war and the Islamic State group, and sparked calls by GOP presidential candidates for more muscular U.S. security plans. Now, it could also give McCain and other Republicans in Congress some leverage in their efforts to shake spending caps designed to reduce the federal debt – at least for the military and security programs.

The bill would exempt the DOD from spending caps as well as the Department of Homeland Security, State Department and the National Nuclear Security Administration, which oversees the U.S. nuclear weapons stockpile.

“To continue on this way especially after Paris is not only absurd, it is dangerous,” McCain said.

The budget caps have bedeviled Congress for years and threatened this fall to lead to a DOD shutdown, which would have frozen military pay checks and caused widespread civilian furloughs.

A solution could reduce the chances of such drama. But the White House would almost certainly fight a law that gives the DOD a pass on sequestration.

In August, President Barack Obama made the rare move of vetoing the annual defense authorization bill because McCain and other Republican lawmakers attempted to circumvent this year’s spending cap for defense only and leave ceilings on other federal spending.

Obama told Congress he wanted sequester caps on all federal spending to be repealed because they were hobbling government from making wise budget choices.