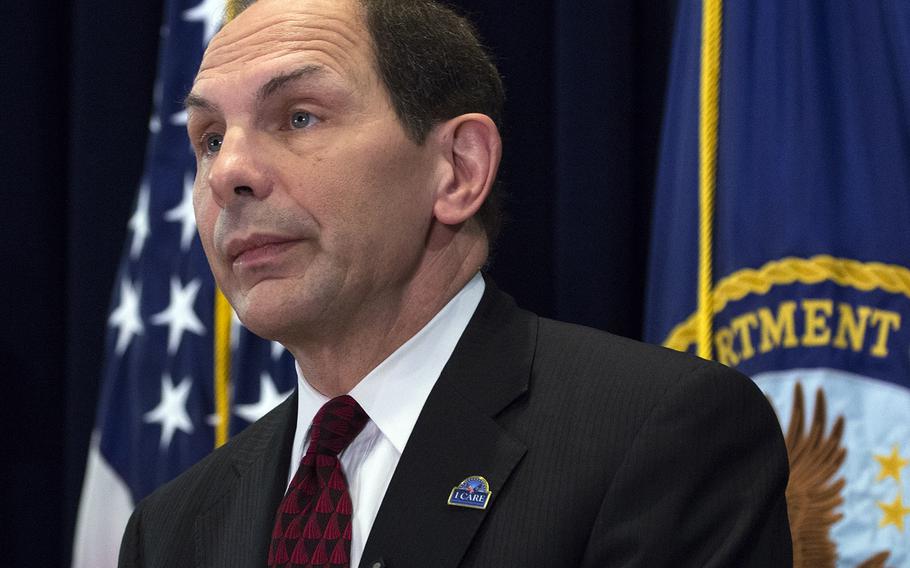 Sen. John McCain, during a Senate hearing in July 2014. (Joe Gromelski/Stars and Stripes) WASHINGTON — The VA and its inspector general were hit with new criticism from Congress this week over the handling of records manipulation in the Phoenix veterans’ hospital system.

Meanwhile, Rep. Kyrsten Sinema, D-Ariz., on Wednesday questioned the VA inspector general’s integrity and independence after a 2008 memorandum was made public showing the IG knew about VA records manipulation in Phoenix years before it blew up into a national scandal.

The IG launched a review of the department’s entire health care system last spring after reports that perhaps dozens of veterans died while waiting for care in Phoenix, and VA managers and employees doctored appointment records to hide the long wait times. The investigation confirmed the clerical wrongdoing and McDonald promised this summer to overhaul the system by eliminating bad executives and bad practices, such as records manipulation and retaliation against whistleblowers.

“The clearest example of your failure to change the culture at the VA is the continued employment of Sharon Helman … who has been on paid administrative leave for nearly six months,” McCain and Flake wrote in a Thursday letter. “Ms. Helman and other senior leaders collected huge bonuses for the timely delivery of health care to veterans, many of whom died while awaiting care after being placed on secret waiting lists.”

The lawmakers said the $16.3 billion overhaul of the VA signed into law in August that includes new powers for McDonald to fire executives is “being ignored” and said the secretary never responded to a similar letter last month requesting an update.

“We are extremely disappointed in this lack of a timely response after the positive meeting we had and the assurances you gave us during your confirmation process,” they wrote.

In a response to Stars and Stripes, the VA said it is working to build a strong leadership team but must wait for the conclusion of a federal probe before removing Helman.

“The Department of Veterans Affairs … has proposed the removal of Phoenix VAMC Director Sharon Helman and two other senior leaders in Phoenix, and we await the results of the Department of Justice investigation,” VA spokeswoman Meagan Lutz wrote in an email.

The VA inspector general has also conducted a variety of investigations into the department and its hundreds of health care locations around the United States. The auditor recently defended its independence from critics after its probe of deaths in the Phoenix hospital system could not determine if they were caused by delays in care.

But the debate was stoked again this week when a never-before-released 2008 IG memo was made public detailing records manipulation in Phoenix six years ago.

“The failure to publicly release this information raises serious questions about the integrity and independence of the VAOIG,” Sinema wrote in letter to the IG Wednesday.

Sinema called on the IG to release all previously unpublished documents related to VA wrongdoing in Phoenix or the manipulation of patient wait times.

IG spokeswoman Cathy Gromek in a Thursday email to Stars and Stripes said the vast majority of its reports are publicly released but administrative investigations such as the one detailed in the 2008 memo are usually only provided to Congress following a request.

The first request for the memo was made earlier this month by the House Veterans Affairs Committee, which is chaired by the staunch VA critic Rep. Jeff Miller, R-Fla., according to Gromek.

It was originally sent to the management in Phoenix as a warning.

“In this particular situation we believed that a warning in the form of a memorandum of administrative investigation was sufficient to advise the Phoenix HCS Director of the problem so the Director could take corrective action,” Gromek wrote.