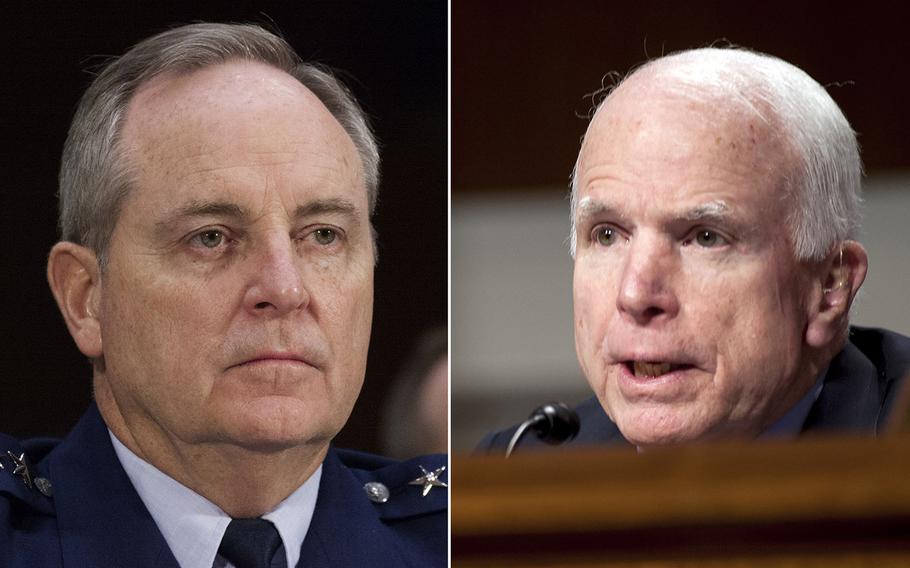 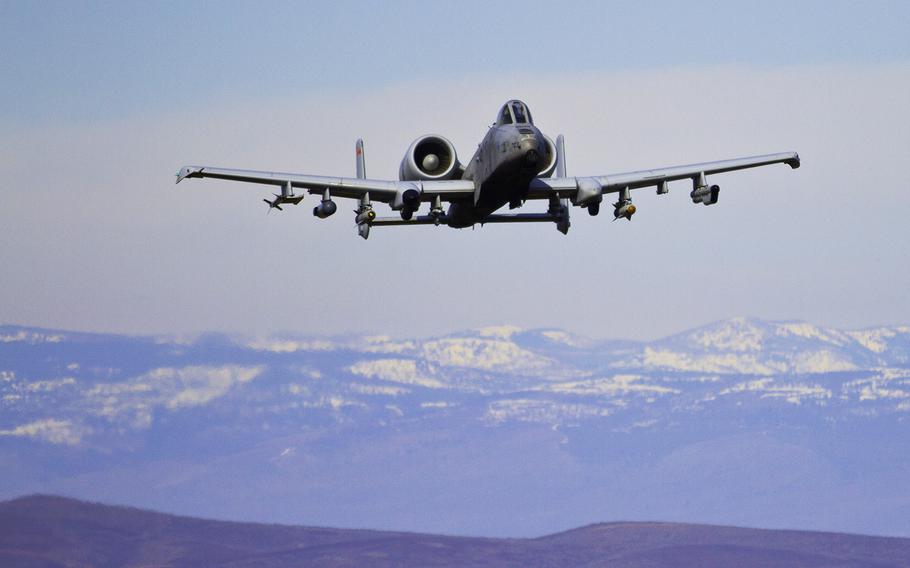 WASHINGTON — Sen. John McCain on Thursday charged the Air Force chief of staff with being dishonest about the critical role of the A-10 Thunderbolt II aircraft in the war against Islamic State militants.

The Arizona Republican said Gen. Mark Welsh was “disingenuous” for insisting the service is replacing the A-10 close air support in Iraq and Syria with F-15 and F-16 fighter jets. Instead, the Air Force actually has no clear plan to fill the combat role of the aging battlefield aircraft, McCain said during a tense exchange on Capitol Hill.

The Air Force general drew McCain’s criticism while testifying to the Senate Armed Services Committee about the service’s continuing plans to retire the A-10. Congress fended off the retirement plans last year but the service has not abandoned the effort, contending the aircraft is too old and expensive to maintain.

“This is really unfortunately disingenuous,” he said.

The Air Force has put off the aircraft’s retirement this year but plans to again pursue it in 2018. The F-35 Joint Strike Fighter, which has become the most expensive weapons program in history and is now just entering service, was anticipated to replace the A-10 but the Air Force said Thursday it will not.

Welsh, who struggled to finish his answers under McCain’s sharp questioning, said the service’s legacy fighter jets are more and more filling the role of the A-10 in the fight against the Islamic State in Iraq and Syria.

Welsh denied McCain’s claims that the 1970’s-era aircraft, also known as the Warthog, is leading the close-air-support missions and offered to provide statistics for the past year of fighting. In October, the Pentagon deployed a dozen A-10’s to Turkey to fight the Islamic State.

“Senator, those aren’t the facts. We can give you the numbers,” Welsh said.

The aircraft is widely respected by infantry troops who rely on its thunderous Gatling nose cannon to take out enemy forces at close range and believe it saves American lives on the battlefield.

Welsh said the service would prefer to keep the A-10 but has been forced to make the choice due to tight budgets – a product of fiscal hawks in Congress who have championed strict spending caps.

“We don’t want to retire it, senator, but the Air Force has to get bigger to do all this, period,” he said.

McCain, who also criticized the Air Force plans for the F-35 and the B-21 global stealth bomber, cut off Welsh and said he had heard enough of the general’s testimony.