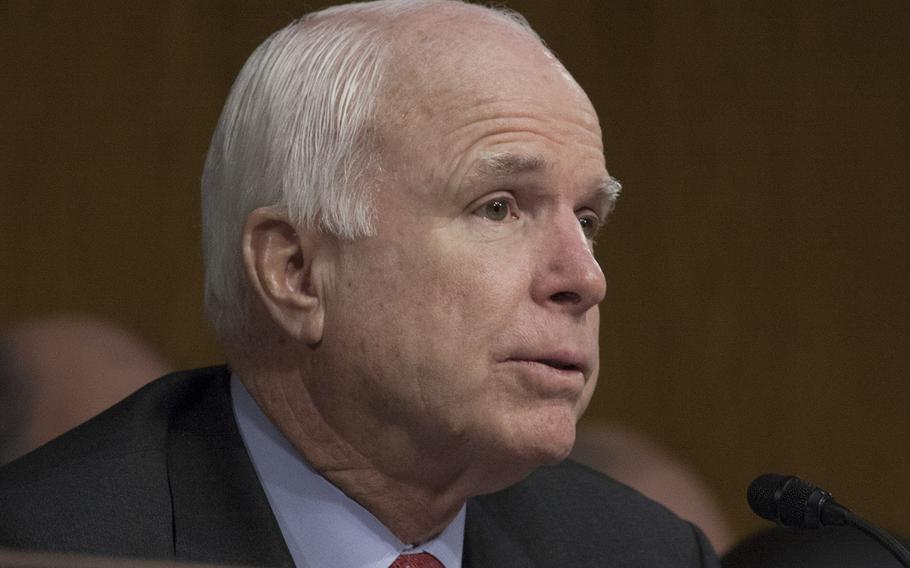 KABUL, Afghanistan — A group of American senators warned Monday that Afghanistan could suffer the same fate as Iraq if U.S. troop levels in the country were cut later this year as planned.

“We believe strongly that we need 9,800 here and further reductions would then cause a replay of the Iraq nightmare that was caused when we totally withdrew from Iraq, which created al-Qaida, which then created ISIS,” McCain said, using an acronym for the Islamic State group.

There are currently 9,800 American troops stationed in Afghanistan. Washington plans to reduce the number to 5,500 by the end of the year, although President Barack Obama is reportedly reviewing that decision.

Graham said it was unlikely he would support a continued presence in Afghanistan if troop numbers were reduced, saying “it is not fair to those who are left behind … they just can’t do the job.”

In Pakistan, they held “intensive and extensive discussions” with members of the Pakistani government, McCain said.

Islamabad is often accused of providing a safe haven for the Afghan Taliban and the Haqqani Network, groups aimed at eradicating Western influence in Afghanistan and imposing strict Islamic rule over the country. Pakistan has repeatedly denied the claims.

Relations between the United States and Pakistan were tested in May when a U.S. drone strike killed Afghan Taliban leader Mullah Akhtar Mansour in Pakistani territory.

However, McCain, who is chairman of the Senate Armed Services Committee, described the recent meeting with the Pakistanis as “excellent.”

“We still expect efforts to be made to reduce and eventually eliminate the Haqqani Network and other terrorist organizations that are operating inside of Pakistan,” he said.

McCain said the senators wanted to be in Afghanistan for Independence Day.