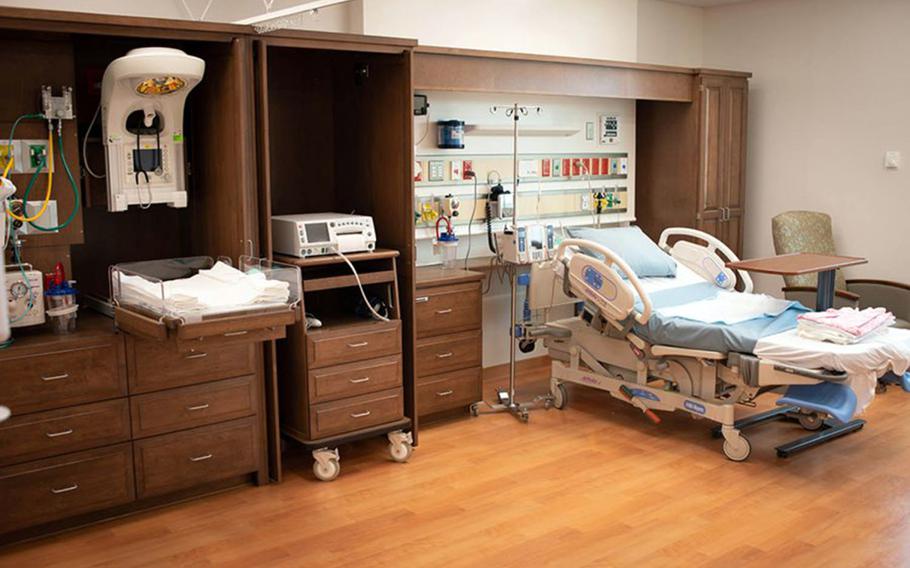 MARINE CORPS AIR STATION IWAKUNI, Japan — Expectant mothers haven’t been able to deliver their babies at Iwakuni’s new health clinic since E. coli was found in a water sample over the summer.

One sample tested positive for E. coli, while another was positive for non-E. coli bacteria, she said. No one has reported becoming ill from drinking the water.

E. coli are bacteria found in the environment, foods and the intestines of people and animals, according to the Centers for Disease Control and Prevention. Although most strains are harmless, others can cause illnesses such as diarrhea, urinary tract infections, pneumonia and respiratory problems.

“Out of an abundance of caution and in the interest of patient safety, we decided to immediately halt all medical and dental procedures that require sterilized instruments until we could determine the cause of the residue and further evaluate the water quality in the system that supplies the clinic,” she said.

Tests of additional samples revealed the clinic’s water had little to no chlorine, Figueroa said. Without chlorine, water systems cannot defend against cross contamination from external or internal sources such as water pipes.

As of Monday, most of the clinic’s medical and dental services had been restored, Figueroa said.

It is unknown when the clinic’s labor-and-delivery services will be back up and running, she said. In the meantime, doctors are discussing options for mothers-to-be to either deliver at a nearby off-base facility in Iwakuni City or more than 500 miles away at U.S. Naval Hospital Yokosuka.

Iwankuni’s clinic — which opened May 31 after two years of construction — is the only one of its type in the Pacific that can deliver babies and provide obstetrical surgeries, Figueroa told Stars and Stripes earlier this year. It has a 24-hour maternal infant center with six labor, delivery, recovery and postpartum suites. It also has two obstetrical-related surgical suites.