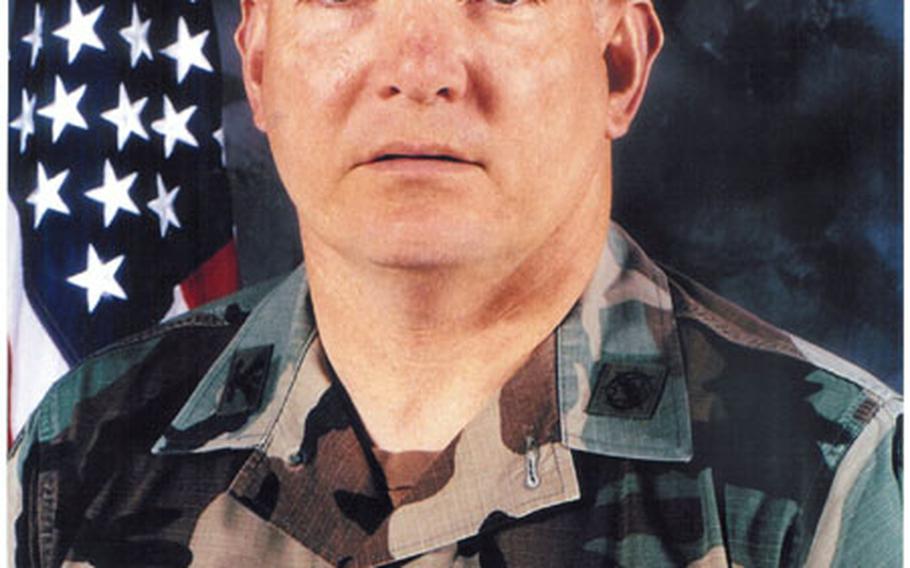 YONGSAN GARRISON, South Korea &#8212; Col. Timothy McNulty is like the mayor of a small city within a much larger one.

You could call it Yongsan-ville, a tree-lined grassy Army base that lies in the middle of Seoul, a one-stoplight town for thousands of Americans, South Koreans and servicemembers.

And McNulty, Area II and 34th Support Group commander, is at the top of a pyramid that does everything from repairing leaky pipes in base housing to formulating youth programs for children.

It&#8217;s not an easy job, and one that involved taking in lots of opinions and finding solutions through a web of rules and regulations. But McNulty, who took command in July 2003, emphasized he want to make Yongsan the assignment of choice.

McNulty&#8217;s goal is a base culture in which concerns are brought to the right levels for decisions.

He&#8217;s established a base hotline with a tape recorder to take suggestions. Once a week, he reviews the messages, occasionally grabbing the phone for a personal call.

Usually on the last Tuesday of the month, McNulty holds a town hall meeting to hear concerns. Quarterly, they are broadcast on the radio. Past meetings have shown a public not bashful about bringing up everything from infrastructure issues to Army policy concerns.

He also holds quarterly town hall meetings for Hannam Village residents &#8212; and one specifically for people at Yongsan Garrison.

Suggestions have resulted in minor improvements such as placing a garbage can near the vacuum cleaners at the Army and Air Force Exchange gas station on south post. A safety net was added near the Astroturf field on south post so kids&#8217; soccer balls don&#8217;t bounce into the road. A waiver was created for people who had seen the Noncombatant Evacuation Exercise videos more than once, McNulty said.

About 23,000 people in Area II are under McNulty&#8217;s command, which also includes several smaller camps in the Seoul area. It houses the most families of any area in South Korea and it has one of the Army&#8217;s most active youth programs.

Keeping kids in gainful activities is a constant goal. Under his tenure, a T-ball program for 3- to 5-year-olds &#8212; some 68 of them &#8212; has been created. Youth employment opportunities recently were expanded; now students can work at Pizza Hut and fill a few part-time slots at the commissary, McNulty said.