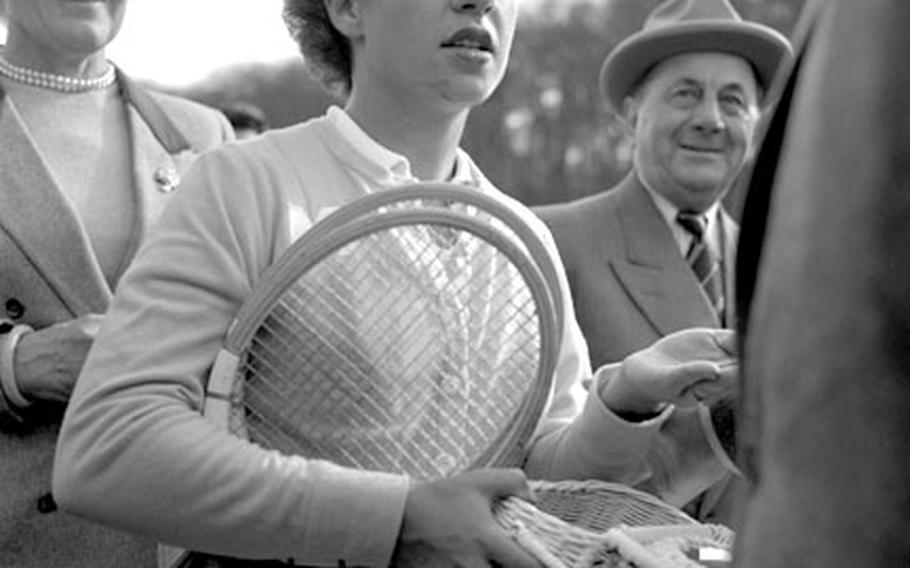 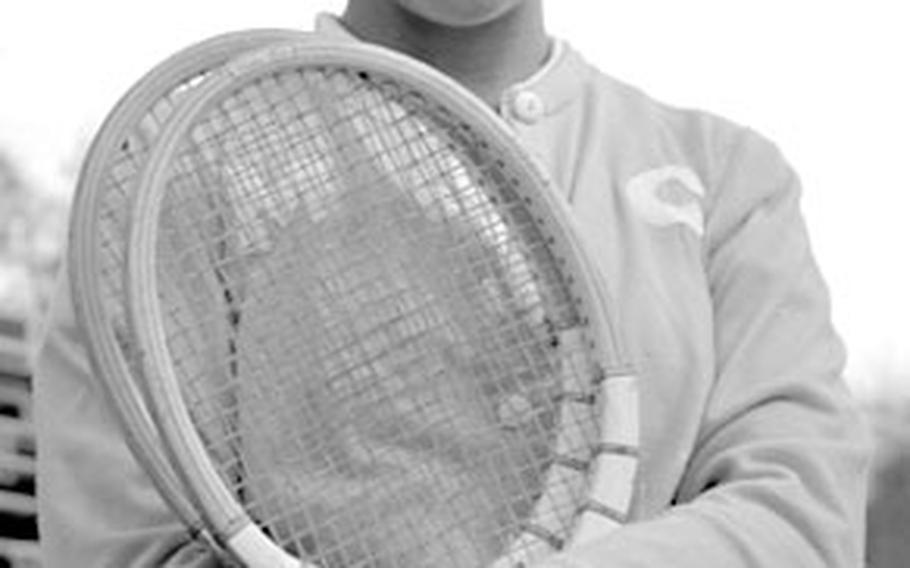 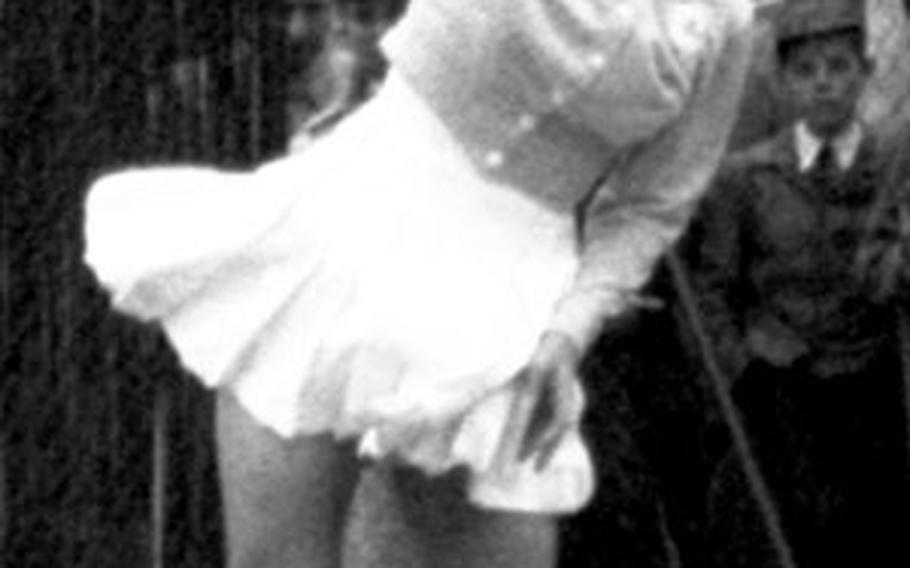 The Wiesbaden tourney will be the first leg of a European tour that will take the blond, 19-year-old net star to Italy, France, Sweden and England where she will play in the Wightman Cup, Queen's and Wimbledon tourneys. At Wimbledon she will defend the titles she won in 1952 and 1953.

In the Wiesbaden matches that will take place at the Nerotal Tennis Courts, top-seeded Little Mo will team up with Barbara Kimbrell in the doubles. She is scheduled to meet Germany's best &mdash; Inge Guderus &mdash; in the first singles match that will get under way at 2 pm on Thursday.

"I don't know much about the tournament," said the little champion from San Diego, "but I will be glad to play in Germany as it will be my first time and I have always looked forward to playing here."

Miss Connolly, who won the National women's championship at Forest Hills when she was 16 years old, said she will team up with Australia's Lewis Hoad in the mixed doubles at Wimbledon. She will not enter the women's doubles.

"I expect," said Little Mo, "the most trouble there from the Americans &mdash; Shirley Fry, Louise Brough and Margaret Dupont. We are all so evenly matched."

Miss Connolly plans to return to the States in July for the National Clay Court championships at Chicago. She expects to get married next year to Norman Brinker who was on the U.S. equestrian team at the 1992 Olympic Games.