Mattis to visit Japan amid evolving relations with North Korea 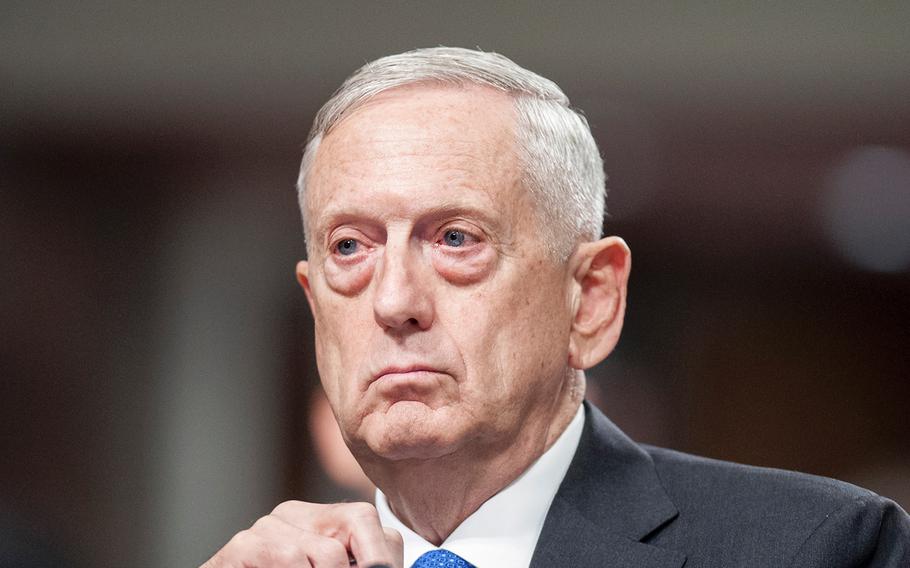 Itsunori Onodera, Japan’s defense minister, told reporters Tuesday that the meeting would be based on exchanges Mattis has in China and South Korea this week before he travels to Japan.

“I hope to exchange views on various issues involving this region and Japan-U.S. alliance, including North Korea,” Onodera said.

Some in Japan have expressed concern about the cancellation of U.S.-South Korean war games following Trump’s meeting with North Korean leader Kim Jong Un in Singapore.

Onodera has noted improved dialogue with the North but told reporters last week that he remains concerned about the country’s nuclear capabilities.

“North Korea has hundreds of ballistic missiles that could reach Japan,” he said Friday. “North Korea has yet to take any concrete steps toward the abandonment of nuclear weapons.”

Adm. Philip Davidson, commander of the U.S. Indo-Pacific Command, met with Japanese Prime Minister Shinzo Abe in Tokyo last Thursday to affirm America’s dedication to denuclearization of the Korean peninsula and the defense of Japan.

“Our alliance remains the cornerstone for peace and security throughout the Indo-Pacific region and defending our shared democratic values in a dangerous world,” Davidson told Abe during the visit. “Events in the region continue to remind us that our alliance is more important to the region’s stability than ever before.”

Tokyo will be Mattis’ final stop on his weeklong Asia tour.

Mattis told reporters ahead of his trip that he had been in consultation with Onodera and that the U.S. works “very closely” with Tokyo on North Korean denuclearization, calling it a fundamental issue for the safety of the Japanese people.

“In our relationship, we recognize Japanese concerns for the short-range and medium-range ballistic missiles, the abductions of the Japanese girls over many years and broader security issues across the Pacific,” Mattis said of his talks with Onodera, according to a transcript of the press briefing.

More American troops are based in Japan than in any other foreign country. Japan hosts 50,000 U.S. troops spread throughout 85 facilities covering 77,000 acres, according to U.S. Forces Japan.