Mattis to US troops: 'Hold the line,' illustrate selflessness and respect 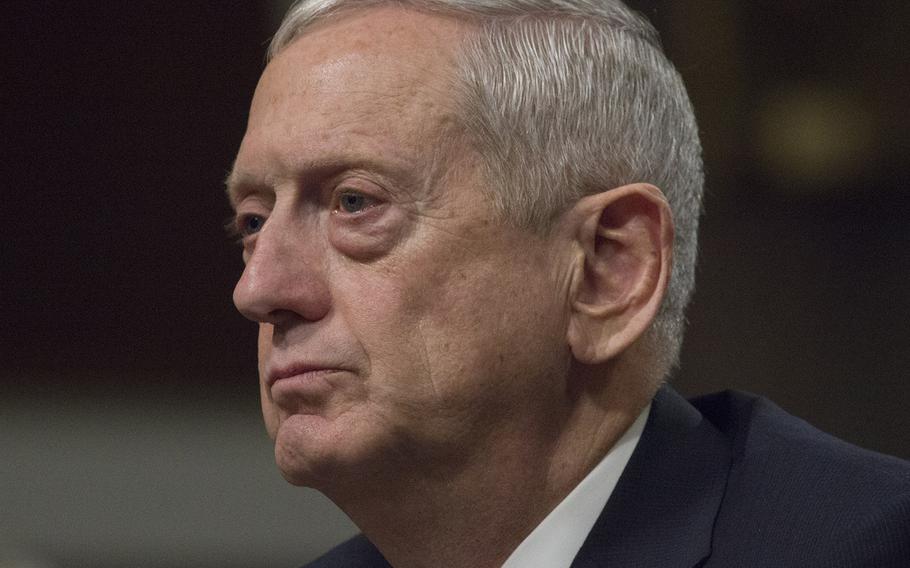 WASHINGTON – Defense Secretary Jim Mattis acknowledged “problems” now plaguing the United States in recent off-the-cuff remarks to deployed American troops, urging them to illustrate selflessness and respect for the rest of the nation.

“You’re a great example for our country right now that’s got some problems – you know it and I know it,” Mattis told an impromptu gathering of servicemembers at an undisclosed location during his trip last week to the Middle East and Ukraine. “It’s got problems that we don’t have in the military, and you just hold the line my fine young soldiers, sailors, airmen [and] Marines. Just hold the line until our country gets back to understanding and respecting each other and showing it.”

It was not clear whether Mattis was aware he was being recorded. He joked the group, which appeared to include soldiers and sailors, “ambushed” him.

Mattis, a retired, four-star Marine general, regularly meets with small groups of troops during his trips oversees, typically out of view of the media. Pentagon officials close to Mattis have said the defense secretary is energized by such meetings but prefers they remain private.

In the video, initially posted on the Army W.T.F! moments Facebook page, Mattis tells the troops that he only returned to the Pentagon because it was an opportunity to serve alongside them. The video was likely shot at a base in Jordan, a defense official said. Mattis also stopped in Iraq and Turkey last week.

Mattis did not cite any specific event or issue in his remarks. A Pentagon spokesman on Monday said the secretary’s remarks were not necessarily a commentary on recent political or racial tensions in the United States.

“When he referred to holding the line, what I interpreted from that is that he is speaking to the stability that the U.S. Armed Forces provides our nation,” said Army Col. Rob Manning, a spokesman for Mattis, who added the secretary had previously made similar comments in public.

In the video, Mattis told the servicemembers – calling them “tough hombres” – that the United States has traditionally held two major powers: to inspire and to intimidate. The defense secretary insinuated the nation has lost its ability to inspire.

Thanking them for serving and deploying, Mattis offered the troops some advice -- “listen to your [noncommissioned officers]” – and told them it was the military’s role to ensure the survival of “this great big experiment you and I call America.”

He added: “We’re so doggone lucky to be Americans.”