Mattis to congratulate Philippine military for winning battle against ISIS 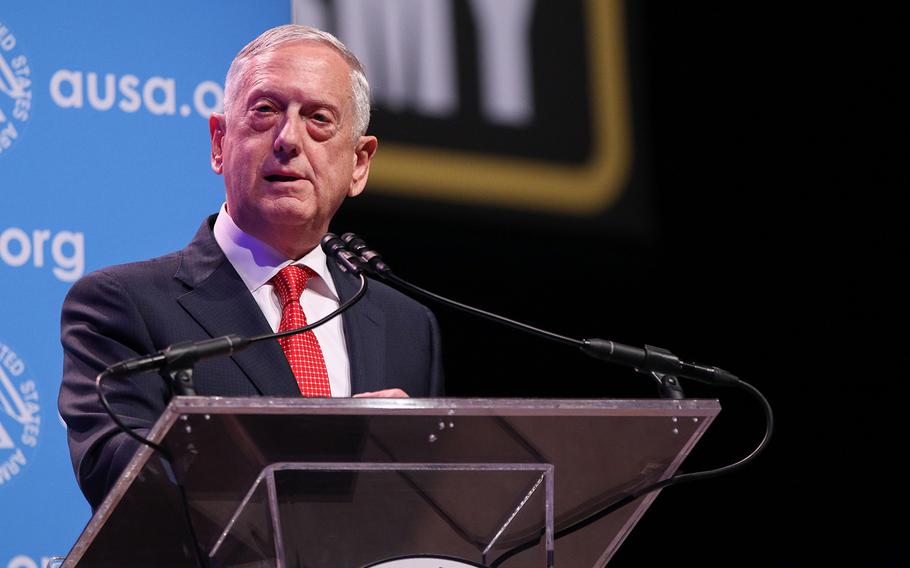 YOKOTA AIR BASE, Japan — Defense Secretary Jim Mattis plans to congratulate the Philippines on their progress battling Islamic State militants, he said after arriving in the island nation on Monday.

Mattis — who is in the country to meet with defense ministers from the Association of Southeast Asian Nations, or ASEAN — told reporters gathered at the former Clark Air Base he would commend the Philippine military for defeating insurgents in Marawi City on the island of Mindanao.

“It was a tough fight” but the Philippines has sent “a very necessary message to the terrorists,” Mattis said, according to Reuters news agency.

Mattis’ trip to the Philippines and other Asian countries this week will lay the ground work for President Donald Trump’s tour of Asia next month, said Ralph Cossa, president of the Pacific Forum think tank in Honolulu.

“He’s doing some advance work to reinforce the alliance and do some preparation so the president’s trip will be productive,” he said. “The battle in Marawi seems to have been successful with the U.S. playing a useful support role.”

Mattis said he would talk to his ASEAN counterparts about “the regional security crisis caused by the reckless [North Korean] provocations but also discuss our respect for shared values like sovereignty of the states, their territorial integrity, freedom of navigation through historically international waters, and fair and reciprocal trade,” Reuters reported.

The U.S. and the Philippines have clashed with China over access to disputed South China Sea waters, where Beijing has been militarizing small artificial islands. This month, the Navy destroyer USS Chafee sailed near the Paracel Islands, prompting complaints from the Chinese.

It remains unclear what “wildcard” Philippine President Rodrigo Duterte might say about the South China Sea dispute at next month’s ASEAN summit in Manila, which Trump will attend, Cossa said.

Last year, the Permanent Court of Arbitration in The Hague ruled in the Philippines’ favor in a dispute with China over fishing access to Scarborough Shoal, about 130 miles from the Philippine main islands. China has ignored the court’s ruling, and Duterte has sidestepped the issue since his election last year in a bid to establish closer relations with Beijing.

On Thursday, Mattis will lead a delegation in Bangkok, Thailand to attend the Royal Cremation Rites of late King Bhumibol Adulyadej.

The secretary will conclude his trip with a visit to South Korea to co-chair the 49th annual Security Consultative Meeting with his South Korean counterpart Defense Minister Song Young-moo, defense officials said.

In Korea, Mattis will likely reassure his counterparts that America has their backs while stressing the importance of a unified response to Pyongyang, Cossa said.