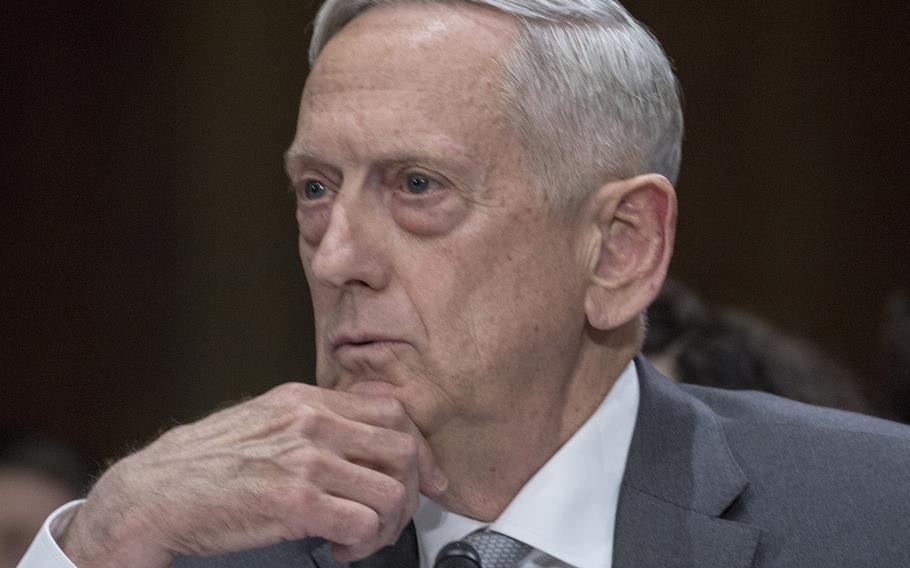 WASHINGTON – Defense Secretary Jim Mattis said Tuesday that he advised President Donald Trump to expel Kremlin officials from the United States over Russia’s apparent use of a nerve-agent against a former spy in Britain, saying there is no room for Western democracies to work with Russia.

“The NATO alliance tried to create a partnership – a Russia-NATO partnership council as a mechanism to keep us working together,” Mattis told reporters at the Pentagon. “That, regrettably, is by Russia’s choice a thing of the past … because Russia has chosen to be a strategic competitor even to the point of reckless activity.”

The White House on Monday evicted 60 Russian officials – including 12 identified as intelligence agents – and ordered the closure of Moscow’s consulate in Seattle. Twenty-four additional countries and NATO also expelled Russian envoys this week in a show of solidarity with the United Kingdom. The expulsions followed the poisoning of Sergei Skripal, a former Russian spy, and his daughter March 4 in Salisbury, England. British investigators have said a Russian-made, military-grade nerve agent was used to poison them. Both victims remain in critical condition.

The removal of the Russian officials should reduce the Kremlin’s ability to spy on Americans, the White House wrote Monday in a prepared statement. The White House also wrote it chose to close the Seattle consulate because of concerns about its proximity to Naval Base Kitsap-Bangor, which houses highly sensitive nuclear submarines.

“With these steps, the United States and our allies and partners make clear to Russia that its actions have consequences,” the Monday statement read.

Russia has denied any involvement in the poisoning, an assertion Mattis and other Western officials have rejected.

On Tuesday, Mattis called the attack an “attempted murder,” placing the blame on Russian President Vladimir Putin’s shoulders, though the defense secretary stopped short of indicating the Russian leader ordered the hit. He told reporters that the attack was a “pretty obvious use of a weapon of mass destruction, a chemical agent, for the first time in Europe since World War II.”

The act was the latest in a line of aggressive Russian actions in Europe, including military intrusions into Ukraine and Georgia. In addition, Mattis has been critical of Russia’s intervention in Syria, where Putin’s forces have helped prop up President Bashar Assad’s regime under the guise of fighting terrorism.

“I think they are doing things they believe are deniable,” Mattis said. “They take the insignia off soldiers’ uniforms and they go into Crimea. They say they have nothing to do with the stuff going on in Ukraine. I don’t know how they can say that with a straight face.”

Mattis and other Pentagon leadership have warned Russia and other near-peer competitors – including China, North Korea and Iran – pose the most significant threat to the United States in the coming years. Under its most recent military strategy adopted in recent months by the Trump administration, the Pentagon has shifted its training approach to preparing to fight a war against an adversary such as Russia instead of the insurgencies that it has fought for nearly two decades in places including Afghanistan and Iraq.

Mattis said he believes Russia’s goal is to break up NATO and interfere with Western democracies, including meddling in elections, which he said Moscow has clearly done.

“I think we have to show where all these democracies are together,” the defense secretary said.