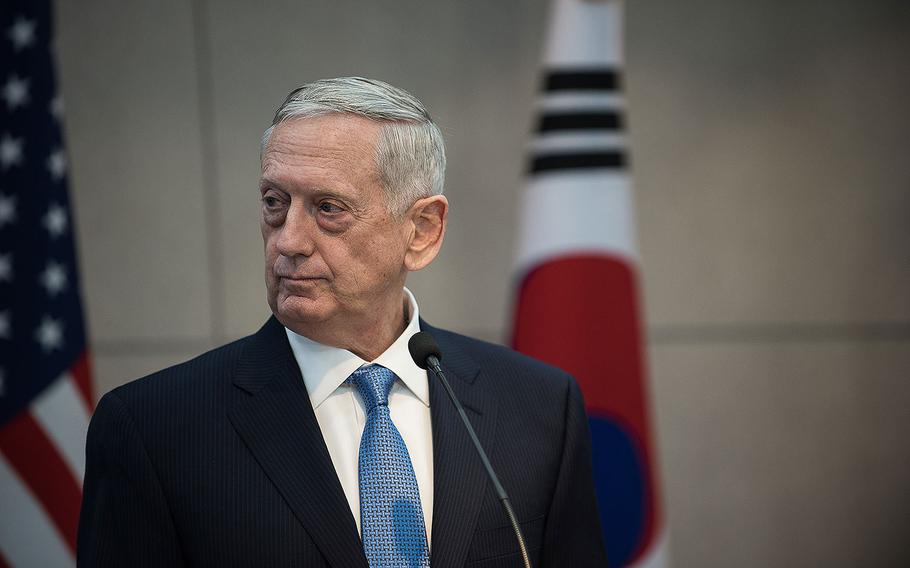 WASHINGTON — The United States will continue to pursue diplomatic options to tamp down tensions with North Korea following that country’s test on Tuesday of an intercontinental ballistic missile, Defense Secretary Jim Mattis said.

“I do not believe this capability brings us closer to war,” Mattis told reporters Thursday at the Pentagon. “Diplomacy has not failed. It is our self-restraint that has prevented war … Our self-restraint holds.”

The two-stage missile launched by North Korea was not one that the United States had known about, the Pentagon said.

Navy Capt. Jeff Davis, a Pentagon spokesman, said Wednesday that several elements of the first-ever launch of an intercontinental ballistic missile by North Korea were worrisome, including the missile was fired into busy commercial airspace with no warning. The missile was fired from a mobile launcher from Panghyon Airport in northwest North Korea, which has not been used in previous missile launches.

The missile was assessed to have the capability to travel more than 5,500 miles, making it capable of hitting Alaska, Davis said. The missile was tracked by the destroyer USS Momsen and the tracking ship USNS Howard O. Lorenzen. It flew for 37 minutes before splashing down within Japan’s 250-mile economic zone, he said.

However, Mattis said the United States was not caught off guard by the launch.

“We knew it as soon as it was fired that it had been launched,” he said.

Mattis said the United States is still analyzing the launch to determine what advances North Korea was able to achieve.

“It clearly had a booster, which was a new development on a previous missile,” he said.

Mattis said the missile advances do not force the United States to pursue a military response at this time.

“We stand ready to provide options if necessary but this [response] is purely diplomatically led,” he said.