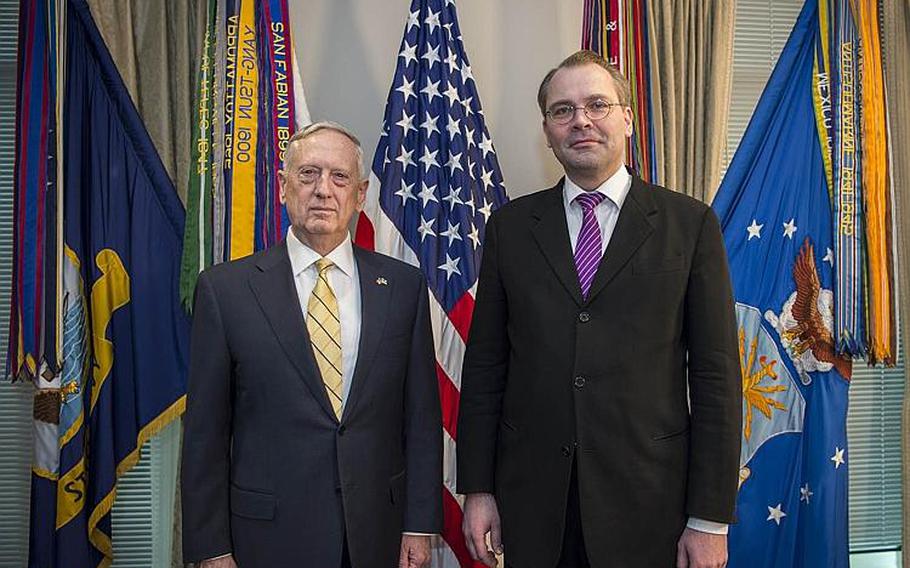 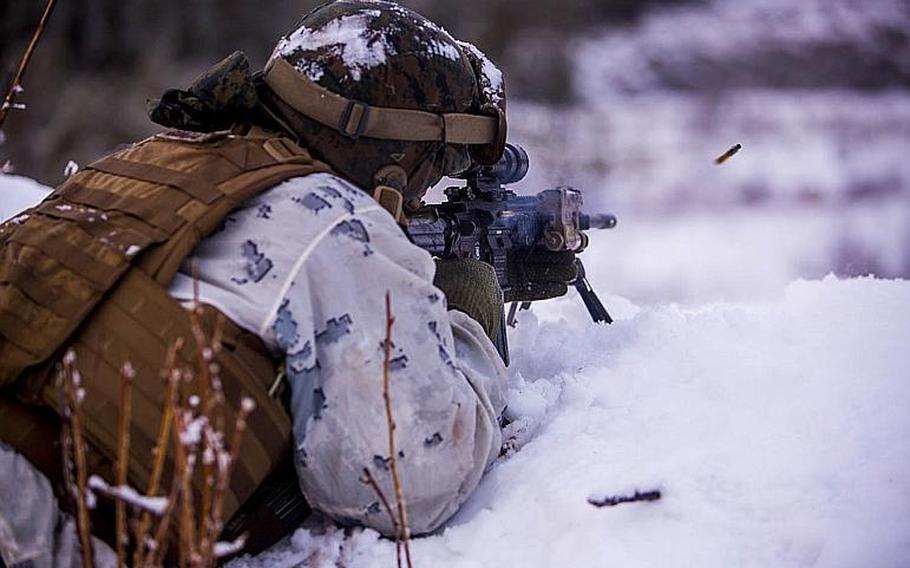 STUTTGART, Germany — The demand for U.S. troops to participate in missions in northern Europe could be on the rise as Finland and other Nordic countries plan larger war games due to concerns about a more assertive Russia.

“The exercise (in Finland) is planned to broadly gather conscripts, reservists and soldiers to practice ... together with our main partners like Sweden, the United States and other countries,” Finland Defense Minister Jussi Niinisto told reporters ahead of a visit by Defense Secretary Jim Mattis.

“If there’s a crisis, it will be good for us to practice receiving help,” Niinisto said.

Mattis, who arrived in Finland on Monday for two days of talks with regional defense ministers, said the partnership between Finland, the U.S. and NATO is deepening.

“The relationship between Finland and the United States has never been stronger,” he said after talks Monday with Finnish President Sauli Niinisto.

Mattis didn’t directly address what the U.S. role could be in a more robust war game schedule in Finland, but the subject was expected to be on the agenda when regional defense minsters convene on Tuesday. Last year, the U.S. signed a defense cooperation deal with Finland that called for closer military ties.

Mattis’ stop in Finland will involve talks Tuesday with the so-called Northern Group, which includes Nordic and Baltic states as well as Germany, the Netherlands and Poland. Discussions will focus on boosting defense cooperation and joint military exercises.

On Monday, Mattis praised Finland for standing up a new “center of excellence” that will serve as a hub for brainstorming strategies to counter Russia misinformation campaigns and other hybrid threats.

Overall, the U.S. presence in the broader Nordic region has increased during the past year. In January, the Marine Corps began year-round troop rotations in Norway. About 300 Marines are currently deployed there in a campaign to bolster their cold weather combat skills.

In Norway, the Marines also have large stockpiles of tanks, artillery and other weaponry, which fill a network of caves. The equipment can accommodate roughly 14,000 troops, or a full Marine Expeditionary Brigade.

In Finland and Sweden, two non-NATO countries, the U.S. military also has a long history of partnership. Citing concerns about a more assertive Russia, the two countries have boosted defense spending and sought closer alignment with the U.S.-led NATO alliance during the past couple years.

Discussions about whether to join NATO have increasingly been debated by both nations. In Sweden, support for alliance membership has gained momentum, with a recent Pew Foundation poll finding 47 percent favor joining, compared to 39 percent opposed.

NATO membership is somewhat more controversial in Finland, which borders Russia and has close economic ties to its neighbor. A poll released Monday found that 59 percent of Finns oppose joining NATO.

Both nations are members of the European Union and have long been active in U.N. peacekeeping missions around the world.

Russia, which has complained about countries near its borders joining NATO, has said any move by Finland to join the transatlantic pact would provoke a reaction.

After emerging from an hour of talks with Mattis, Finland’s president said the conversation was on avoiding conflict. “We had only one issue to discuss and that is about peace and how to maintain peace worldwide,” Niinisto said.

On Wednesday, Mattis heads to Brussels for a meeting of NATO defense ministers.