Mattis’ chief of staff is newest departure from Pentagon 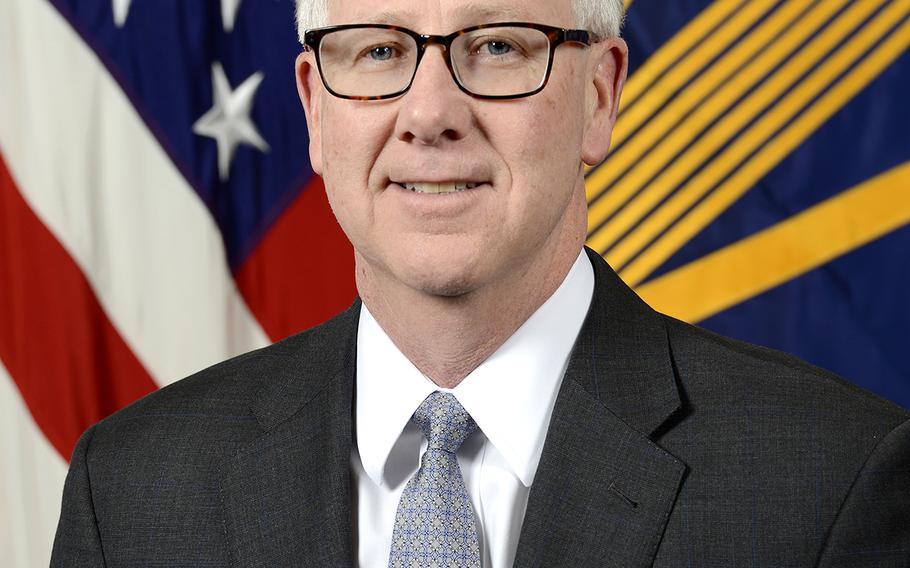 Kevin M. Sweeney, chief of staff to the Secretary of Defense is seen in his official portrait from May 11, 2017. (Monica King/U.S. Army)

“After two years in the Pentagon, I’ve decided the time is right to return to the private sector. It has been an honor to serve again alongside the men and women of the Department of Defense,” Sweeney said in a statement released Saturday.

Sweeney had served under Mattis, who resigned Dec. 20., since January 2017, providing counsel and advice to the secretary about the department, according to his Defense Department biography.

In a series of tweets Sunday, acting Defense Secretary Patrick Shanahan wrote, “I greatly appreciate Kevin Sweeney’s service to our nation, first as a Navy officer of more than 30 years, and then as the Chief of Staff for the Secretary of Defense for the past two years. As he steps down to reenter the private sector, we’re going to miss him here in the Pentagon. We know great things are in store for him and his family.”

After graduating from the Naval Academy in 1982, Sweeney served in several positions, including as commander of the USS Cole in 2001 to oversee its repair and return to the fleet after the Oct. 12, 2000, terrorist attack on the ship in Yemen that killed 17 sailors. He also deployed to the Mediterranean Sea in support of Operation Iraqi Freedom, according to a Navy biography. He retired in 2014 after 32 years of service.

After his military retirement, Sweeney was the vice president for Track Patch 1 Corporation, a startup that developed “a radio frequency patch to monitor the movements of loved ones afflicted with Alzheimer’s dementia,” according to his DOD biography.

Chewning also is a military veteran. After the Sept. 11, 2001, terrorist attacks, he left his job as an investment banker at Morgan Stanley to enlist in the Army and later received a commission as an intelligence officer, according to the Pentagon announcement.

Chewning served during Operation Iraqi Freedom and assisted in the evacuation of New Orleans during Hurricane Katrina, according to his DOD biography.

He then worked in the private sector for a decade after leaving the Army, eventually becoming a partner at the management consulting firm McKinsey & Company before working at the Defense Department, according to the Pentagon.

Sweeney’s resignation came less than a week after Dana White, the former chief Pentagon spokeswoman, left the department Dec. 31. White was under investigation by the DOD Inspector General on suspicion of using her staff to run personal errands and then retaliating against them, according to a CNN report in August 2018.