Mattis apologizes to Japan over string of aircraft mishaps on Okinawa 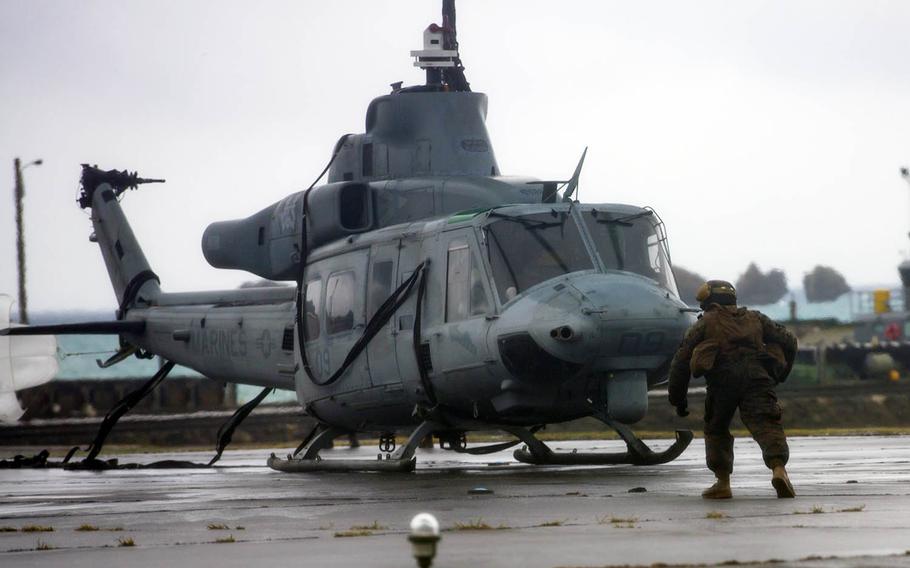 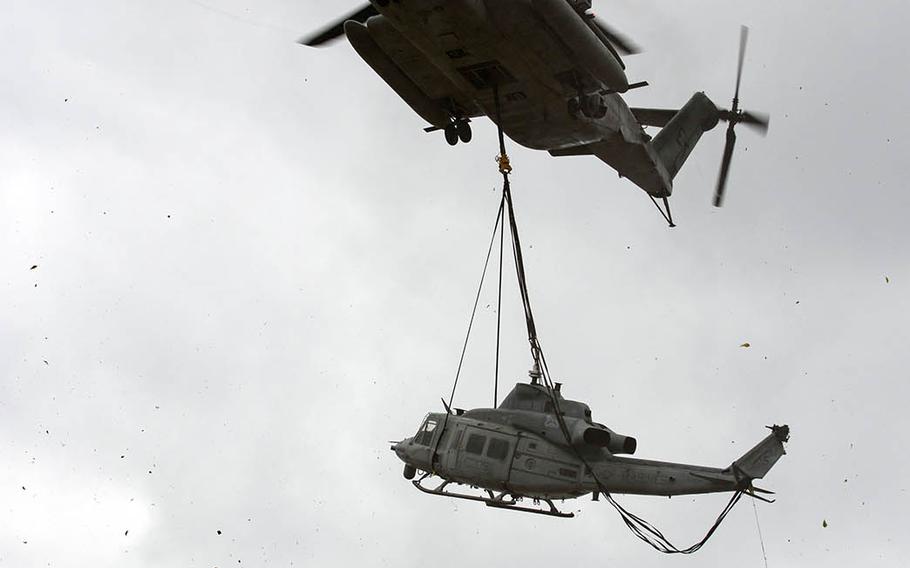 CAMP SCHWAB, Okinawa — The United States has apologized to the Japanese government for a recent rash of military aviation mishaps that have sparked fear and anger on the southern island prefecture of Okinawa.

A spate of U.S. military aircraft mishaps on or around the southern Japanese island prefecture have led to heightened safety concerns among Okinawans.

On Dec. 13, a CH-53E Super Stallion’s window inexplicably became separated from the aircraft and landed on an elementary school sports field adjacent to Marine Corps Air Station Futenma’s fence line. More than 50 schoolchildren were playing at the time, and one boy was slightly injured from a pebble that flew up during impact.

On Dec. 7, a plastic part thought to belong to a U.S. military helicopter landed on the roof of a local day care facility, leading to protests in front of U.S. military facilities.

In October, a 1st Marine Aircraft Wing Super Stallion made an emergency landing in a farmer’s field outside Okinawa’s Northern Training Area after an inflight fire. The helicopter was an almost total loss.

The incidents have drawn the ire of Okinawa’s small but potent protest movement and its anti-base Gov. Takeshi Onaga and served as a rallying cry in the fight against relocating Marine air operations within the prefecture.

Okinawa Deputy Gov. Moritake Tomikawa lodged a protest with the U.S. military Tuesday over the latest emergency landings and called for all U.S. military aircraft on Okinawa to be grounded until safety checks are conducted — something the local government has been demanding since last month’s CH-53E incident. Tomikawa was in Tokyo Wednesday to lodge protests with Japan’s cabinet, foreign and defense ministries.

Onaga has called for the immediate suspension of Viper and Venom helicopter flights until the causes that forced them to land have been determined.

“Although no damage or injuries … have been confirmed, one misstep … could result in a serious accident involving human lives and properties,” he wrote in a protest letter to Lt. Gen. Lawrence Nicholson, III Marine Expeditionary Force commander. “These cases continue to raise serious doubts and distrust concerning the aircraft maintenance and the safety management put in place by the U.S. military.”

“Frequent accidents amplify the local people’s anxiety and that the Government of Japan has a serious concern on that tendency,” Kono told Hagerty, according to a Foreign Affairs ministry statement.

In response, Hagerty reportedly said the U.S. “considers the safety of the local people in Japan, including Okinawa, the top priority.” He vowed to strengthen preventative and safety measures and to share details of the investigations into the incidents as soon as they become available.