Masters of Funk and Soul, starring James Brown, is a show not to be missed 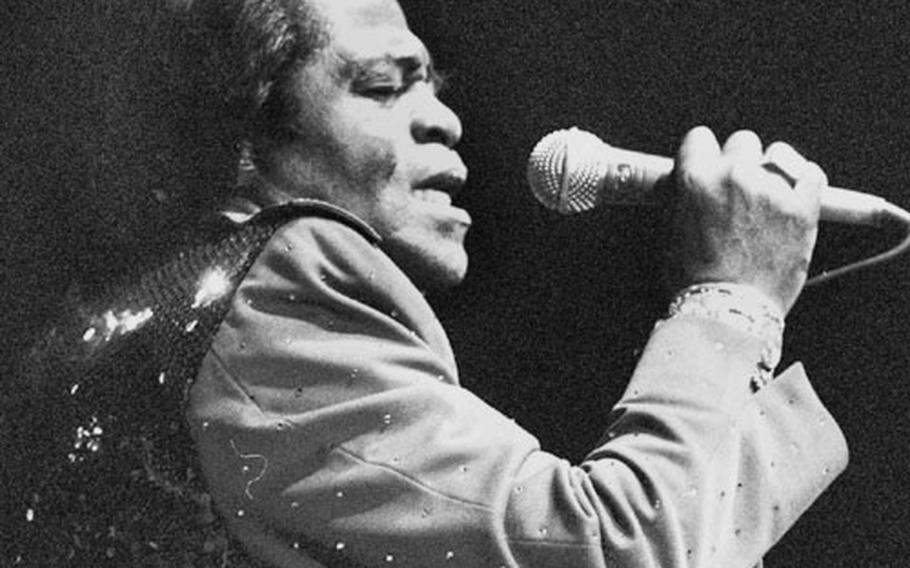 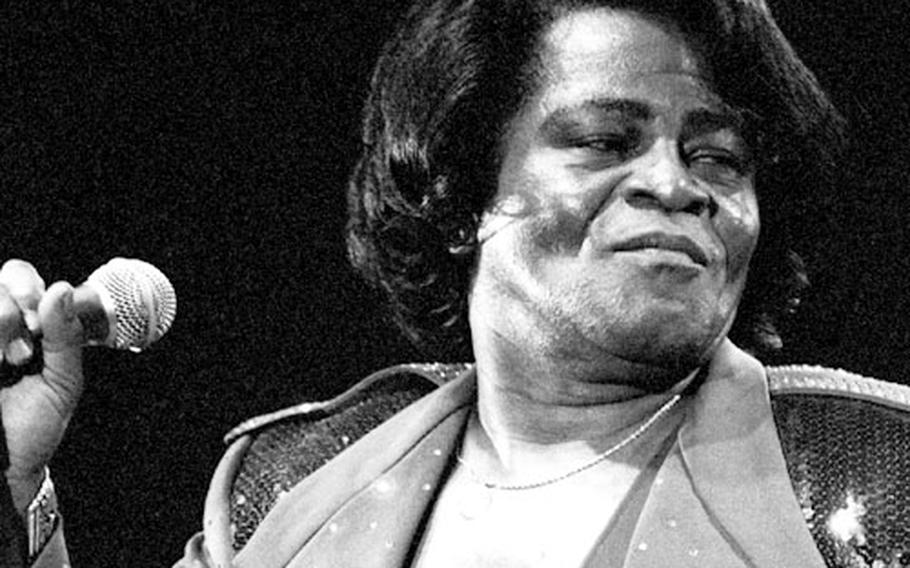 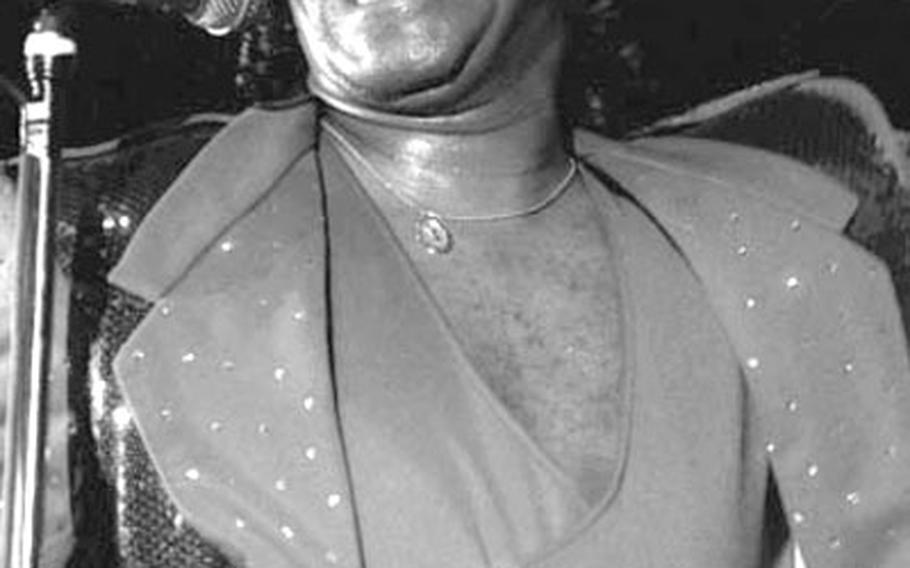 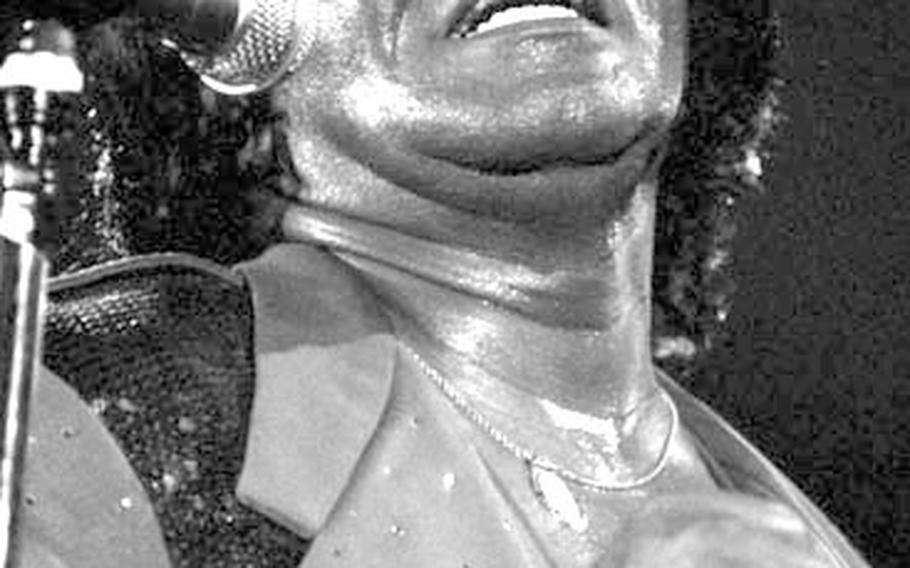 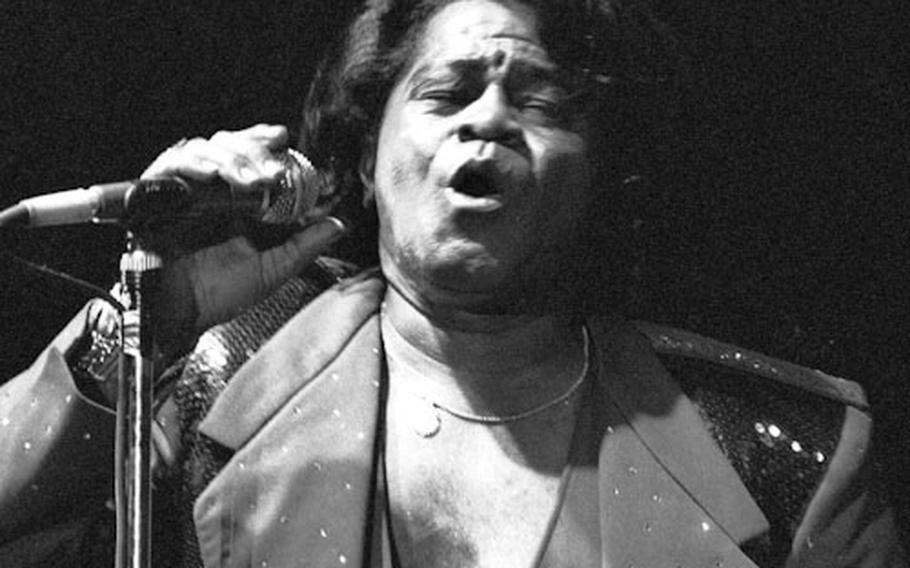 James Brown — seaming, screeching and singing — is out of the pen and back onstage where he belongs.

Brown headlined an energetic Masters of Funk and Soul concert last week at the Eberthalle in Ludwigshafen, Germany.

Forget the fancy laser shows or an elaborate set — the Godfather of Soul and his sidekicks, Incognito and Soul II Soul, delivered a simple but brilliantly uplifting four hours of jazz, funk and soul music.

Brown may well go down in history as the greatest singer not to have scored a No. 1 hit on the Billboard Top 40 pop charts. He's been on the charts 44 times, most recently with Living in America, a No. 4 hit from 1986.

Brown opened the concert with that lively song from the film Rocky IV and never slowed down during his nearly two hours onstage.

Although he's 59 years old, Brown's strong voice isn't showing its age. He still screeches and growls and screams and wails as well as ever. Brown can also croon, as he showed with the ballads, Try Me, his first No. 1 rhythm and blues hit in 1958, and It's a Man's, Man's, Man's World.

During those songs, Brown showed his unique ability to package incredible energy into a slow ballad — eyes closed tightly, at times failing to his knees, the sweat dripping from his face, as he beggingly wails, "Try me ... hold me ... I need you."

No such thing as a ho-hum delivery for the Godfather of Soul.

With that behind him, Brown fired through his long career of explosive hits, including Get Up Off That Thang, Soul Power, I Got the Feelin', Hot Pants, and Papa's Got a Brand New Bag.

Even if Brown hasn't hit No. 1 on the pop charts, he's the leading R&B recording artist in history, topping its charts more than a dozen times.

And while the sparse crowd of 1,300 cheered every song and danced in the spacious hall, they were especially loud when he cried out his signatory "I feel good!" from one of his most popular songs, I Got You (I Feel Good), a No. 3 hit on the pop charts in 1965.

Although he has scaled back some of his fancy footwork, Brown is still entertaining and still goes through his popular act of dropping to his knees in exhaustion and having a cape draped over him. He was led offstage, head down, grimacing, feet dragging, while the announcer stated that the Godfather of Soul was too weary to continue, and then — Oowwww! — suddenly he was strutting back to center stage, full of energy again, flashing that brilliant smile and dancing and singing.

These days, however, Brown isn't alone in flashing his fancy footwork. He has assembled an all-star cast of seven beautiful and lithe women dancing around him.

Brown also shares the stage with a sensational band, the Soul Machine. Possibly the evening's best entertainment was at the end of the show when the drummer and bongo drummer played a riveting duo, staying in synch even while two other band members tried to physically force them off the stage. It was all in jest, of course, but it made for a good show.

Brown was released in February after serving half of a six-year sentence he received for leading police on an inter-state car chase in 1988.

Also on the ticket were the reggae-soul group Soul II Soul and Incognito, a masterful new contemporary jazz group that focuses on upbeat music.

While Incognito's powerful brass trio summoned memories of Isaac Hayes from 20 years ago, Soul II Soul's sweet music was much more subtle, with the emphasis played on front men Beresford "Jazzie B" Romeo and Nellee Hooper, and lead vocalists Caron Wheeler and Richie Stephens and a terrifically harmonizing quartet of backup singers.

Together, Soul II Soul created a smooth, stylish sound during the hour-long show, playing some of their hits, including Back to Life (Back to Reality), Keep on Movin', and their most recent hit, Joy.

The package was a real lifter. Compared to last summer's dismal Black Beat Night ... well, there was no comparison. Even as Brown approaches senior-citizen status, he is still a vintage entertainer. Complemented nicely by Incognito and Soul II Soul, the Masters of Funk and Soul is a show not to be missed.