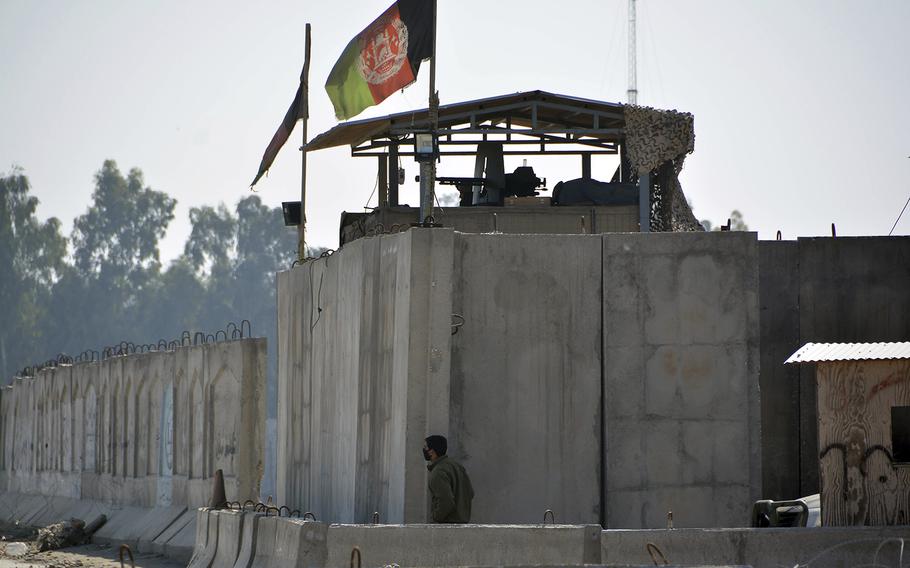 The commander, known only as Subhan, was the target of a raid Saturday night in Nangarhar province, an ISIS stronghold where U.S. forces are based, according to provincial governor spokesman Attaullah Khogyani.

"Our special forces have conducted a raid in Momandara district last night and killed Subhan, who was the commander of a group of Daesh fighters and also the mastermind of the attack on the construction company," Khogyani told Stars and Stripes on Sunday, using an Arabic name for ISIS.

Several other suspects were arrested, and explosives were seized during the operation led by forces assigned to the National Directorate of Security — Afghanistan’s top intelligence agency — Khogyani said.

On March 6, a suicide bomber attacked the entrance of the EBE construction company in Nangarhar’s capital, Jalalabad. Four militants then stormed the building, shooting employees before engaging in an hours-long standoff with Afghan forces.

All the attackers were eventually killed, as were 16 employees, Khogyani said. ISIS claimed responsibility on their Amaq news website.

"Nangarhar was quiet in the last couple of months, but once again Daesh suddenly showed up in the city and attacked this company," said Salar Yousaf, a Nangarhar resident who said locals still feared the group despite concerted efforts by U.S. and Afghan forces to eliminate it.

While direct talks between the U.S. and the Taliban aimed at ending the U.S.’s longest war continue, the Nangarhar attack was a reminder of the strength of other belligerents in the conflict.

Despite more than three years of the U.S. targeting ISIS as part of its counterterrorism campaign in Afghanistan, the group still operates “some training camps” and “have created a network of cells in various Afghan cities, including Kabul,” the United Nations Security Council said in a report published in January.

The report estimated there were between 2,500 and 4,000 ISIS fighters in Afghanistan. United States Forces-Afghanistan puts the number at fewer than 2,000.