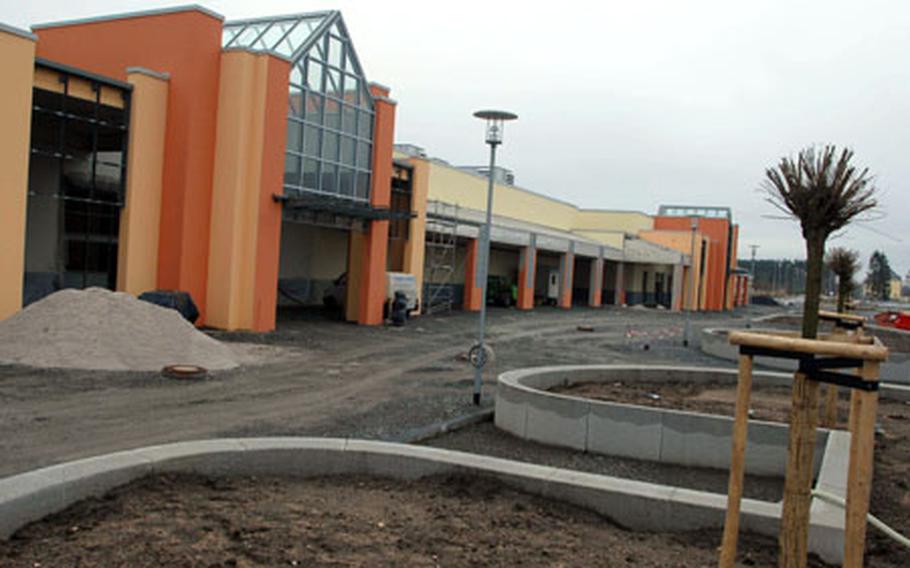 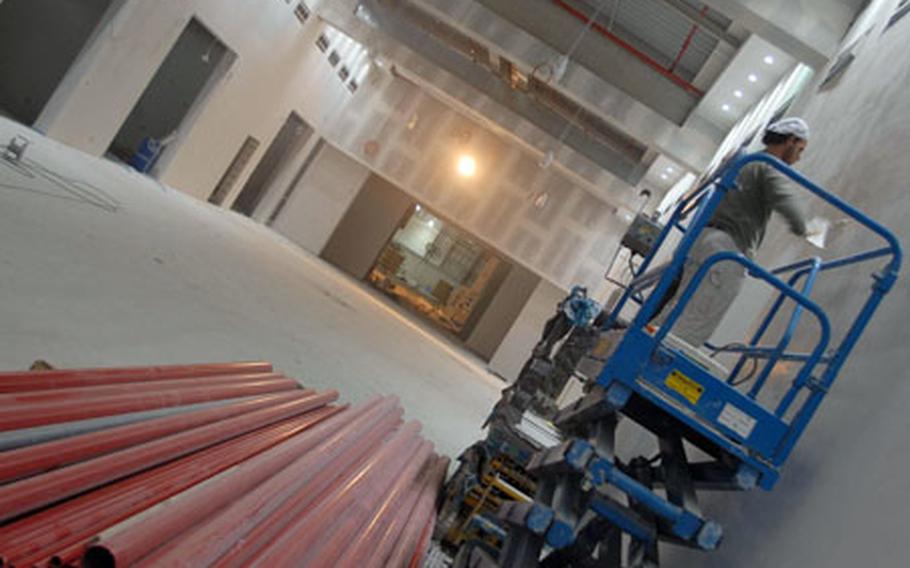 GRAFENW&#214;HR, Germany &#8212; A commissary the size of six basketball courts and an even larger department store are nearing completion at a $35 million shopping mall due to open here in the summer.

About 110 tradesmen are working at the mall each day, mostly inside, explained Birgit Arendt, project manager for the BauDienstStelle, a German government office that oversees construction projects to make sure they comply with German law.

The commissary, which includes a storage area filled with massive refrigerators and a large loading bay, will occupy half the mall.

The storage area is virtually completed but the store&#8217;s public space is still filled with equipment and has yet to have flooring or shelves.

The commissary is linked to a Post Exchange by a mall featuring 12 shop alcoves where workers were plastering walls last Friday. At one end of the mall is a large atrium with a massive overhead skylight and entrances leading to the PX and a food court.

Arendt said the mall&#8217;s interior will be blue and gold and there won&#8217;t be things like statues, fountains or a stage.

The food court has openings for five merchants as well as a mezzanine and coffee shop. The food court is about the size of the one at Vilseck but with the added seating on the mezzanine.

Meier said the project was delayed two weeks due to heavy snow last winter but other than that it has gone smoothly.

The exterior of the building is largely completed along with a parking lot for 1,000 vehicles that was finished in November. The parking lot is separated from the building by seven massive planter boxes that will soon be landscaped.

The mall will appeal equally to men and women stationed at Grafenw&#246;hr, Arendt predicted. The facility is large by Bavarian standards but not as big as some East German malls or the world&#8217;s most massive shopping centers, such as Siam Road in Bangkok, which she estimated is about 10 times as big.