MASH unit ready to set up hospital near quake center 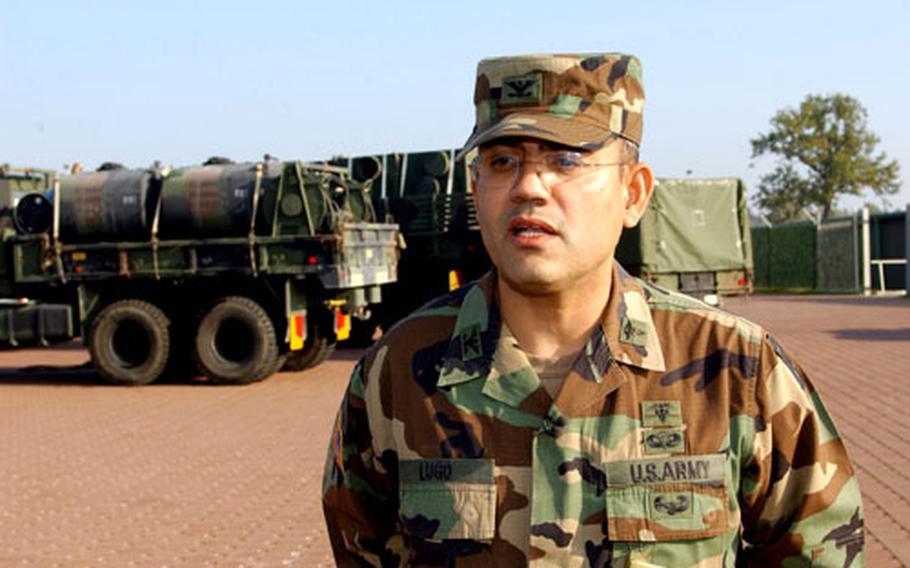 Col. Angel L. Lugo, Task Force 212 commander, stands before some of the many vehicles his unit will be taking to Pakistan to use in earthquake relief efforts. (Arthur McQueen / U.S. Army)

Col. Angel L. Lugo, Task Force 212 commander, stands before some of the many vehicles his unit will be taking to Pakistan to use in earthquake relief efforts. (Arthur McQueen / U.S. Army) 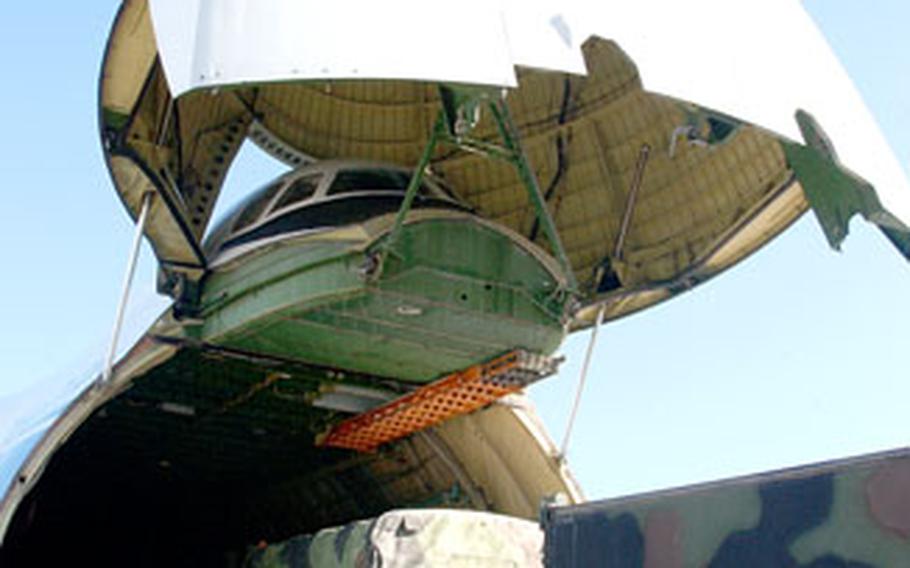 A 5-ton truck from the 212th Mobile Army Surgical Hospital rests in the belly of a Russian AN-124 Condor cargo aircraft. (Arthur McQueen / U.S. Army)

KAISERSLAUTERN, Germany &#8212; U.S. Army Col. Angel Lugo, his 212th Mobile Army Surgical Hospital teams and the cargo that will fill three planes have been ready to go for almost a week.

The doctors, nurses and medics and their support people at Rhine Ordnance Barracks have been expecting since Friday to deploy to Pakistan, set up a hospital and start helping save the lives of thousands of people injured in the Oct. 8 earthquake.

But the MASH has been delayed because of uncertainty about where to set up the hospital, according to the U.S. Central Command in Tampa, Fla., which is overseeing the U.S. military&#8217;s humanitarian efforts in Pakistan.

One location had been selected during discussions between the Pakistan government and CENTCOM, Dotson said, but on Friday the decision was changed. &#8220;On Friday, they put something else there,&#8221; she said.

Now, Dotson said, plans call for putting the MASH hospital in Muzaffarabad, and for the MASH to be flown there in a few days.

&#8220;It was merely a matter of figuring out where the hospital was going to go. Now, [the unit] is just waiting for their turn to go.

Muzaffarabad, in Pakistan-controlled Kashmir, is among the region&#8217;s most devastated towns.

As of last weekend, the New York Times reported, there were only six hospital beds there. Long delays to transport patients to medical facilities in Islamabad and other cities were adding to the death toll, doctors said.

More than 55,000 people were killed and about 67,000 were injured in the earthquake that rocked Pakistan, India and Afghanistan. Many of Pakistan&#8217;s hospitals and health clinics in earthquake-affected areas have been destroyed or are too damaged to use, according to the World Health Organization.

MASH members know they can&#8217;t arrive a moment too soon.

The MASH unit, the last of its kind in the Army, will initially set up a 36-bed hospital, Lugo said. That will soon expand, Sammartino said, to 24 beds in an intensive-care unit, 20 beds in an intermediate-care unit and 40 minimal-care beds.

Once it&#8217;s set up, with grueling hours that can run 7 a.m. to 2 a.m., the MASH, with two operating tables, will be able to do up to 20 surgeries a day, Lugo said, in addition to providing other medical services.

Sammartino and Lugo said they expect a wide variety of cases, although probably not acute trauma as in the first few days after the earthquake. People with those injuries who didn&#8217;t get immediate care have probably since died.

The MASH expects to see people with orthopedic injuries &#8212; broken and crushed bones and spinal injuries, for example, and the infection that can result. They also expect exposure injuries and infectious disease from a lack of clean water.

The MASH is the major contribution from U.S. Army Europe to humanitarian efforts in Pakistan, officials said.

Dotson said the U.S. military has so far delivered 340 short tons of a variety of equipment, 320 short tons of humanitarian assistance supplies, such as meals, water, tents and blankets, and 32 short tons of medical supplies to locations in Pakistan.