Married couple finds many ways to stay in good condition together 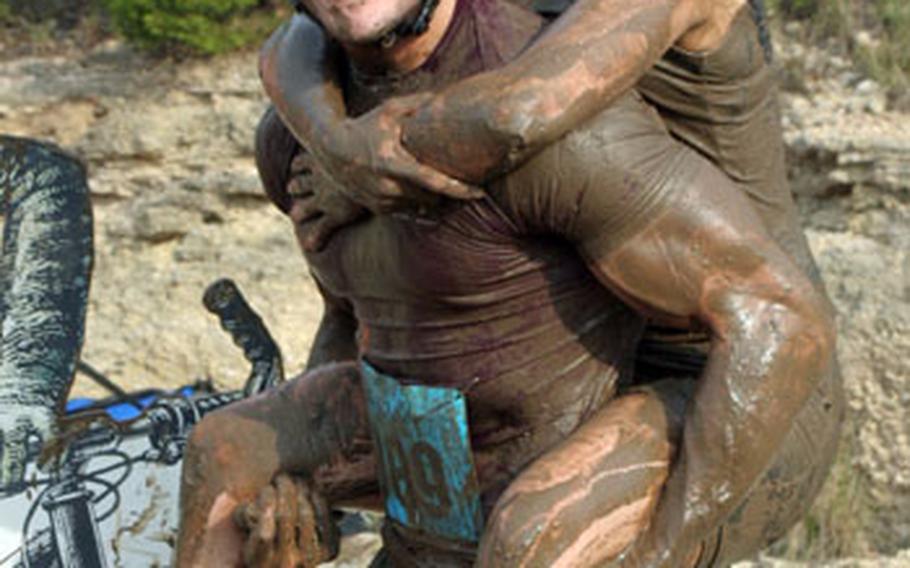 When it comes to staying in shape, Air Force Capts. Tom Hunt and Hollie Diesselhorst do it all. Physical fitness is infused in every part of the married couple&#8217;s lives.

Hunt, an F-15 pilot, and Diesselhorst, a KC-135 pilot, both stationed at Kadena Air Base, are proof that despite 12-hour workdays, deployments and temporary duty stations, everyone has time to incorporate fitness into their lifestyle.

Exercise has been a part of the couple&#8217;s life ever since they met while instructor pilots in the 37th Flying Training Squadron at Columbus Air Force Base in Mississippi.

The two got hitched in February 2006.

They say fitness isn&#8217;t hard, but that it takes dedication and must be a lifestyle. Both captains exercise every day and said they do not concentrate on developing their upper or lower bodies.

&#8220;Our average workout is an hour to an hour and 15 minutes long, and we concentrate on a different muscle group each day,&#8221; Hunt said.

After lifting weights, Hunt hits the stationary bike, and Diesselhorst goes for a three-mile run.

On the rare occasion the couple misses a workout, they double up on the weekend.

They accompany their workout schedule with healthful eating. Both avoid refined sugar, and they never eat fast food. Hunt likes engineered food such as protein bars, while Diesselhorst prefers whole foods, a lot of fruits and veggies.