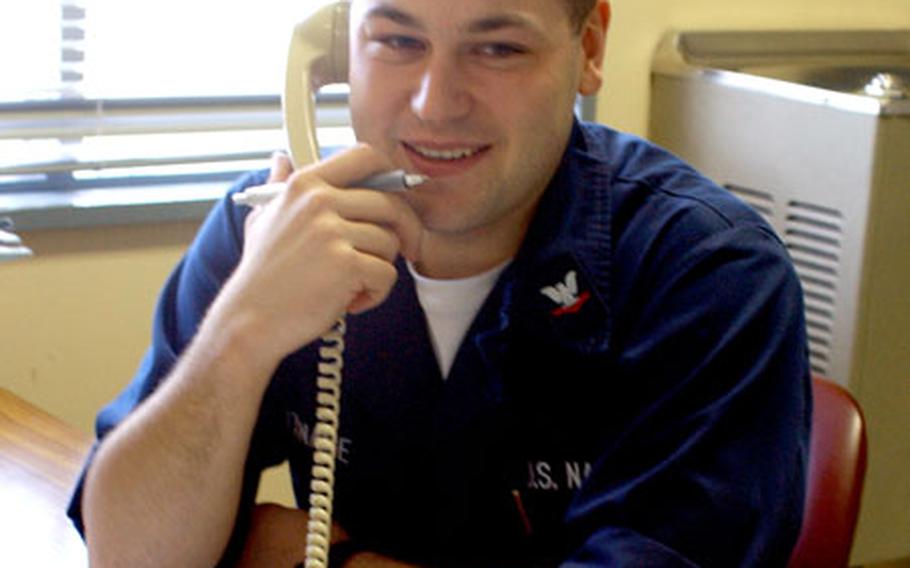 There&#8217;s nothing, it seems, like a little sharp competition to spur military career achievement.

Especially if your chief competitor is your spouse.

Michael Utnage, 25, supervising petty officer for emergency care at Iwakuni&#8217;s Navy Branch Health Clinic, learned Jan. 20 that he was selected as the 2005 U.S. Naval Hospital Yokosuka Bluejacket of the Year.

The award is given to the outstanding sailor ranked E-4 or below working at the hospital or its branch clinics. To win, Utnage explained, he had to put his accomplishments throughout 2005 on the line and face an oral grilling by a board of senior enlisted personnel.

And he had to do better than other competitors &#8212; including his wife, 21, a hospital corpsman selected as the Iwakuni Health Clinic Sailor of the Year in 2004.

Indications point to the competition continuing.

Both sailors have served three years and say they&#8217;ll continue studying together. Both are working to complete bachelor&#8217;s degrees in nursing.