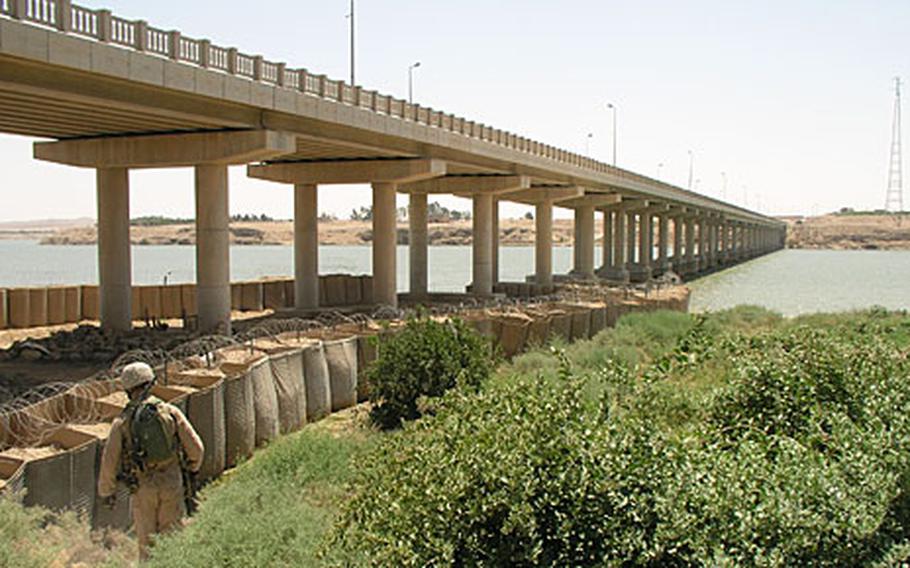 In Rawah, on the Euphrates River in Iraq’s western Anbar province last week, U.S. Marines make one of their daily patrols of the vital bridge that spans the river through the city. (Franklin Fisher / S&S)

In Rawah, on the Euphrates River in Iraq’s western Anbar province last week, U.S. Marines make one of their daily patrols of the vital bridge that spans the river through the city. (Franklin Fisher / S&S) 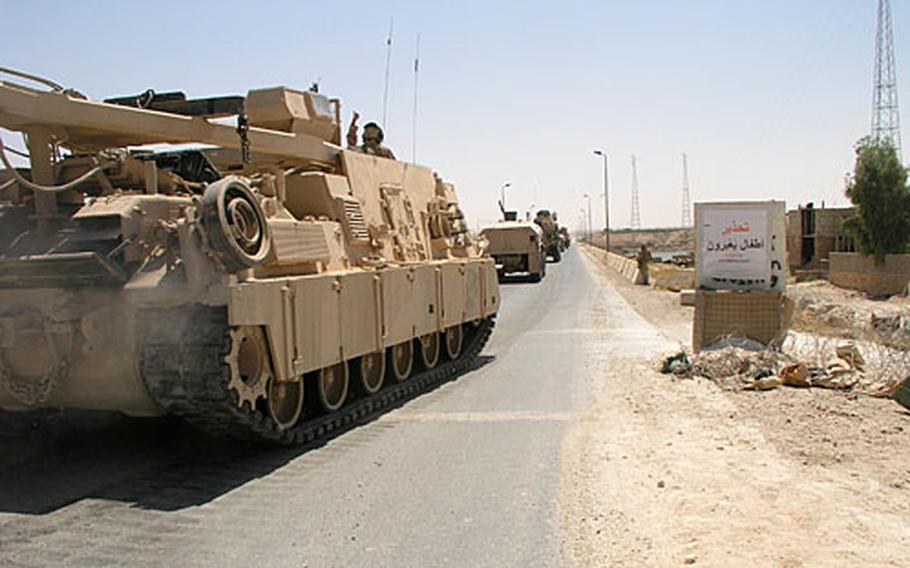 The coalition deems the bridge a strategic asset because it’s one of the few over the river, and is especially key for vital oil traffic moving from a refinery to the northeast. U.S. Marines of Company D, 1st Light Armored Reconnaissance Battalion, man patrol bases near both ends of the bridge. (Franklin Fisher / S&S) 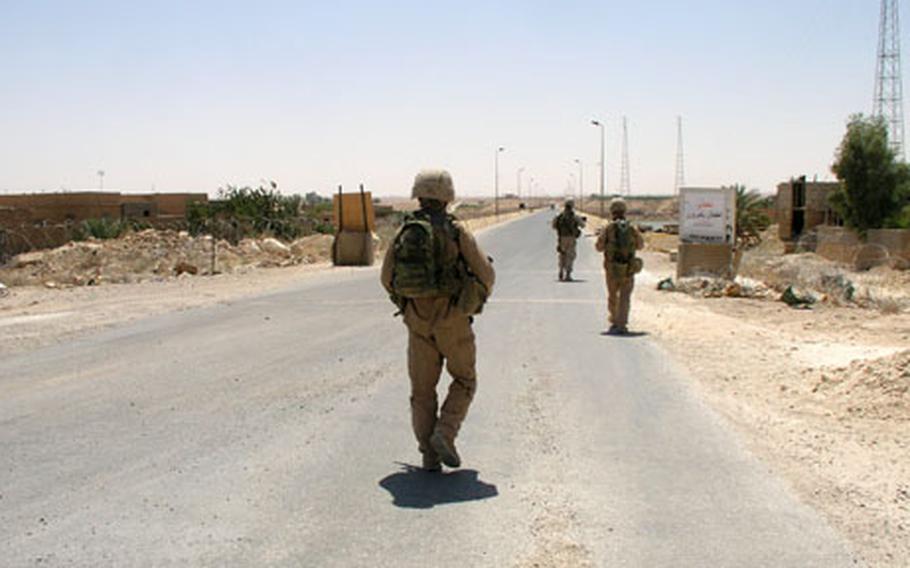 Marines move out from their patrol base toward the bridge that spans the Euphrates River, which runs through Rawah and is guarded by the Marines along with Iraqi security forces. (Franklin Fisher / S&S)

PATROL BASE GETTYSBURG, Iraq &#8212; Each time the tide ebbs to reveal small nooks and inlets along his stretch of the Euphrates River, Marine Lance Cpl. Jori Ford wonders whether insurgents would try to use them as hiding places.

Ford is one of the Marines of Company D, 1st Light Armored Reconnaissance Battalion, who man austere patrol bases on both sides of the river, which runs through Rawah, in western Anbar province. They guard the bridge along with Iraqi security forces.

Ford and fellow Marines of the company&#8217;s 3rd Platoon work out of Patrol Base Gettysburg, on the bridge&#8217;s north bank.

Besides keeping close watch on the river itself, the Marines and Iraqis keep up a night-and-day schedule of patrols, some on foot, some in vehicles.

The Iraqis check vehicles wanting to cross the bridge. They and the Marines patrol the area continually, hoping to thwart any attempt to destroy or disable the bridge.

Coalition forces see the bridge as a crucial strategic asset because it&#8217;s one of few bridges in the region that span the Euphrates to begin with. But it&#8217;s also the route for oil trucks moving from a refinery in Beiji, to the northeast.

But other traffic uses the bridge, as do shepherds who move their flocks across, occasionally a thousand sheep at a time, Gutierrez said.

The Marines are ready to kill any insurgents or criminals who might try to ram their way onto the bridge, said Marine 1st Lt. Damon Doykos, Company D&#8217;s 3rd Platoon commander.

But while the Marines stay ready, they say that coalition efforts have largely run the insurgency out of area cities in recent months. While attacks do occur still, for the past several months they&#8217;ve been only sporadic.

That poses an important challenge for Marine leaders and their Marines, Doykos and other Marine officers have said in recent interviews.

Ford looks forward to going home after his Iraq deployment, and he&#8217;s not about to let his guard down.