Marines: Troubled F/A-18 Hornet jet fleet has got to go 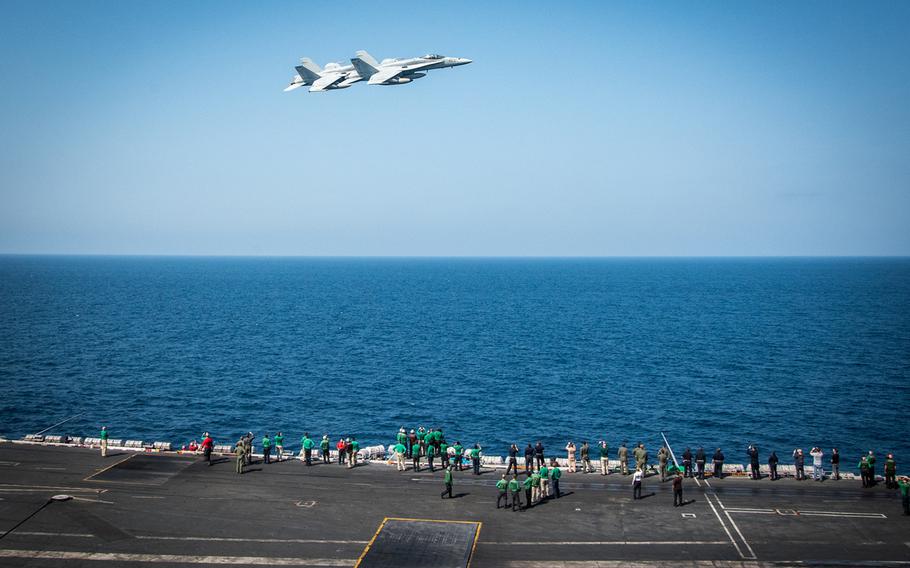 Two F/A-18C Hornets fly about the above the Carl Vinson Carrier Strike Group in the South China Sea on March 5, 2017. (Matt Brown/U.S. Navy)

Two F/A-18C Hornets fly about the above the Carl Vinson Carrier Strike Group in the South China Sea on March 5, 2017. (Matt Brown/U.S. Navy) 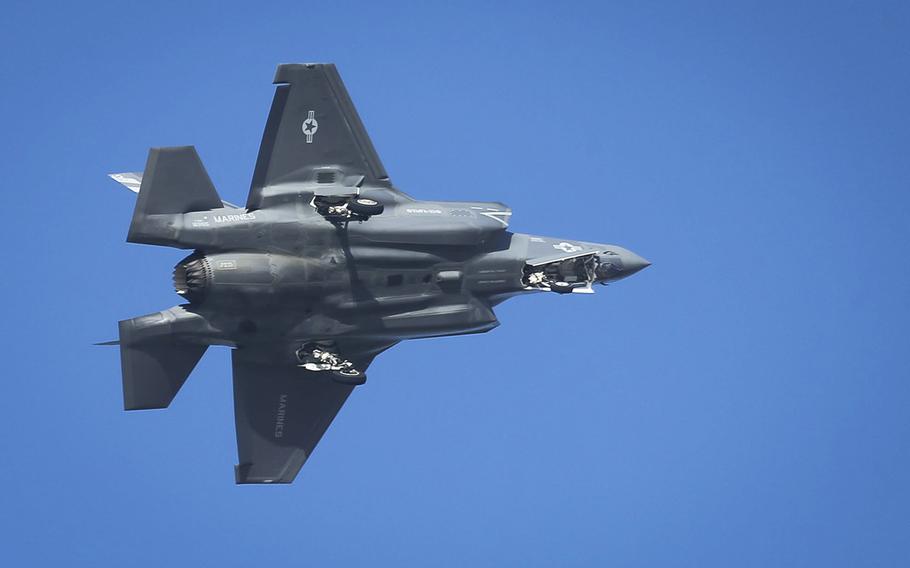 The Marine Corps initially planned to field F-35s to squadrons now flying Hornets and AV-8B Harrier aircraft on similar timetables, but instead it will focus on replacing just its F/A-18s, William E. Taylor, the assistant deputy commandant for aviation, told members of the House Armed Services’ Readiness subcommittee.

“The real answer is to get out of legacy Hornet business as fast as possible and transition to the F-35,” Taylor said.

Three squadrons now flying Hornets will transition to F-35s during the next three years. It will be at least four years before a Harrier squadron receives the fifth-generation fighters, though it could be even longer.

Taylor said the Marine Corps is considering a transition of at least five Hornet squadrons to F-35s before replacing any Harrier units. There are 12 tactical fighter squadrons flying Hornets, five flying Harriers and two flying F-35s.

The Hornets troubles have been well documented. The Marines lost five of the aircraft to crashes last year that killed three pilots -- Maj. Richard Norton, 36, Capt. Jake Frederick, 32, and Capt. Jeff Kuss, 32. Nearly two dozen previously retired Hornets have been pulled from the Boneyard at Davis-Monthan Air Force Base in Arizona to be returned to the fleet.

Taylor said the Marines will soon launch an independent readiness assessment of its Hornet fleet, which under the service’s current plan would not be entirely replaced by F-35s until 2030.

When the jets – the Marine Corps’ Hornets are up to 28 years old – are taken to maintenance depots, some of them are found to be too damaged to be repaired.

“The fundamental material condition of the aircraft is almost unmanageable at this point,” Taylor told the lawmakers. “We send them to the depot, they peel back a panel and they find corrosion…There’s been at least half a dozen F-18s recently that were inducted to the depot only to be stricken halfway through when they realized it wasn’t even salvageable.”

The Marines’ AV-8B Harrier fleet, on the other hand, has proven resilient. It is scheduled to remain in the fleet through 2031.

The Marines would like to field F-35s faster than the Pentagon’s current budget allows. Marine Lt. Gen. Jon Davis, the deputy commandant for aviation, told lawmakers last week speeding up the F-35 procurement process could save taxpayers $1 billion in maintenance and operations costs to keep the F/A-18s flying.

“The No. 1 thing I could ask from this committee is to keep recapitalization on track -- to get us into those next-generation strike fighters as soon as we can,” the general told the House Armed Services Tactical Air and Land subcommittee on March 28.

Another top Marine general warned lawmakers that failure to solve the service’s aviation problems have broader impacts than just on the aviation community.

“I need those aircraft to train,” he told lawmakers Wednesday. “When those aircraft are not available for us to train with that creates a tremendous amount of challenges for the Marine Air-Ground Task Forces. That task force cannot conduct all its training to be ready for its mission to support requirements that may be deemed by the national command authority or a combatant commander.”